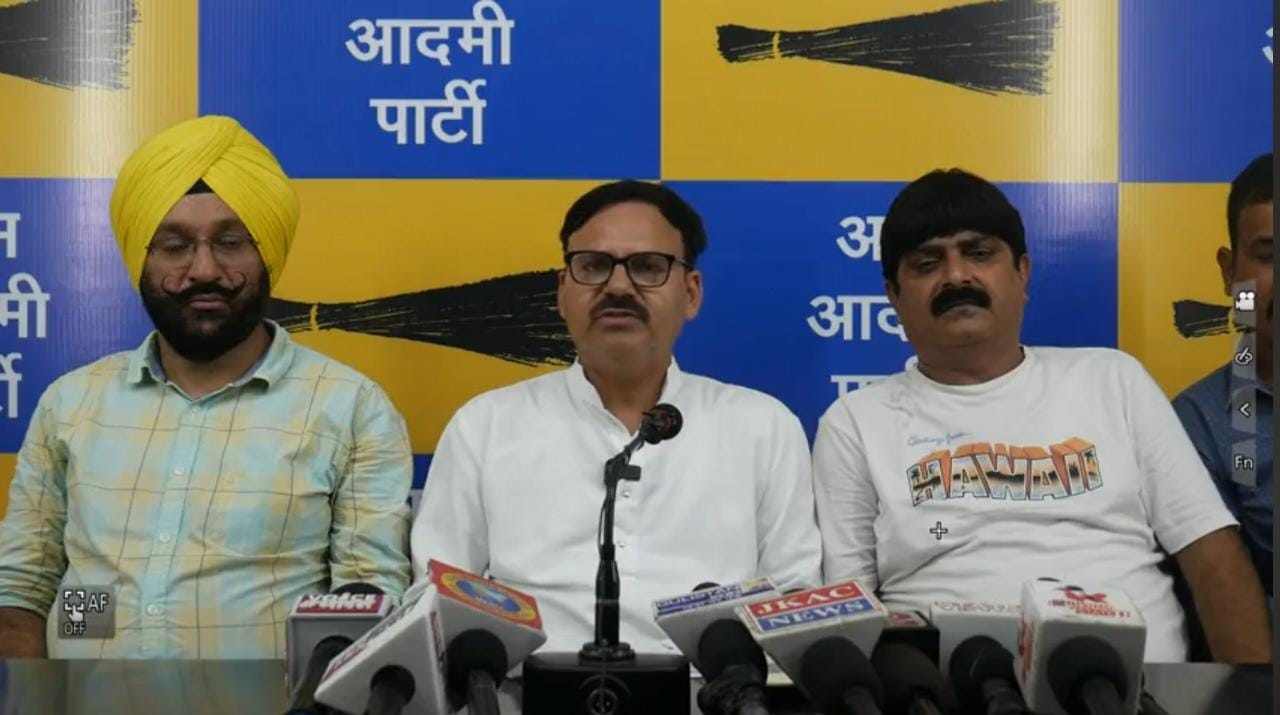 Jammu, Sep 22: Only AamAadmi Party (AAP) is playing role of opposition in Jammu and Kashmir and is highlighting the problems of masses and even forced Jammu and Kashmir Government to give priority to fruit laden trucks for their movement on national highway and restoration of ration distribution among Kashmiri Pandit migrants after months of closing.
This was stated by the senior AAP leader, former convenor and state spokesperson, Om Prakash Khajuria, while addressing a press conference in Jammu party office Thursday.
Khajuria said that amid the present state of uncertainty and chaos in Jammu and Kashmir, only AAP is becoming the voice of masses and is playing the role of opposition by highlighting the grievances of masses which are also of immense importance directly affecting life of people.
He said that recently AAP highlighted the problems faced by traders of apple business and drivers of fruit laden trucks by irregular movement of vehicles and demanded proper policy of smooth movement of fruit laden trucks.
"The government has now come out of its slumber in this matter and some statements have been issued by some police officers also mentioning that priority will be given to fruit laden which is a welcome decision and should be implemented in letter and spirit,” he said.
Asking IG Traffic Police Jammu and Kashmir and Transport Commissioner to ensure that vehicles having fresh fruit and moving on the NHW and Mughal Road find no difficulty and should be considered as priority as timely movement of these vehicles is very important for the economy of Kashmir.
AAP leader also said that recently the AamAadmi Party highlighted the problem faced by Kashmiri Pandit migrants who were not being given specific ration under a relief scheme from the last three months and these migrants were made to run from pillar to post to know the status of ration.
"We came to know from a section of the media that this ration supply has been restored for migrants which is a welcome step and we appeal to the Jammu and Kashmir Government to ensure that all kinds of relief and it being given to migrants goes on continuously," he said.