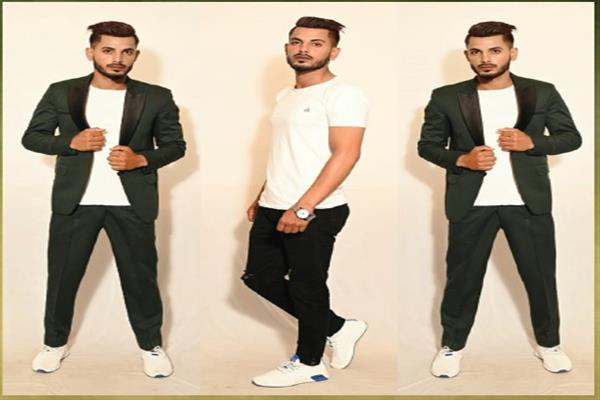 From hanging around the streets of Srinagar to walking on ramps for various renowned fashion designers, Majid Nabi is known for his skills in the modeling industry.

Hailing from Hazratbal area of Srinagar, he tried his luck in the modeling industry on the suggestions of his friends. In order to start the journey, he prepared by watching the various YouTube tutorials. In 2017, he did a portfolio shoot for one of his friend’s brands, AFLA.

Also, he started doing fashion shows for designers like Shahid Rasool and Abhi Hussain which he considered a learning phase in his modelling career. “It’s not just a walk. One has to be confident and carry himself in a presentable way. There is a lot of competition in the industry and every model wants to get on top,” he said.

After giving the best auditions for Mohit Arora’s show, he got a chance to walk ramps in various cities of India.

For his good looks, he was approached for many advertisement and movie projects but he turned down the offers for his passion of ramp walks.

“Ramp vamps have been fascinating me since the beginning. There are no retakes in the walk. There are a lot of struggles too. One has to keep the family and other things aside for making a career in modeling,” he said.

Currently aged 26, he won the title of attractive face of Kashmir in the first ever beauty pageant organized in 2021.

He believes that Kashmiris have talent and for 2 years, many youngsters are choosing the career in modeling. “Kashmiris have good looks and have a model cut face which is liked by the people there. I think a good scenario of modeling will be created if more and more designers come and organize shows here. One has to work hard. One has to be aware of the fake model shows as well. Such shows ask for hefty money but the returns are not enough,” he said.

With the comeback of Bollywood in Kashmir, he feels that it can open a door of opportunities for local youth to showcase their talent. “Bollywood and Kashmir have had a love affair since decades. Local youth are very much crazy about acting and modeling and should be given a chance to show their talent,” he said.