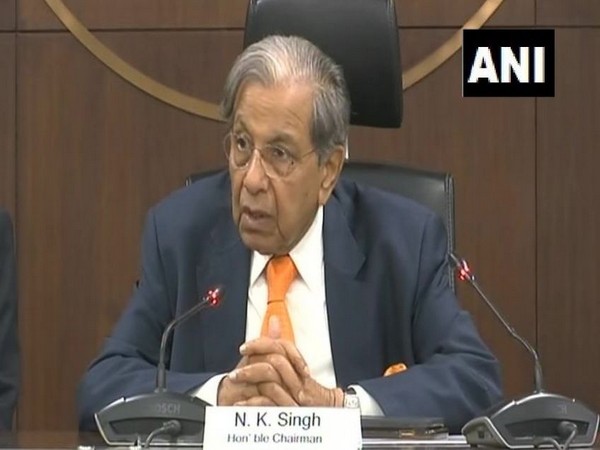 The philosophy of the good working of the goods and services tax (GST) council can be replicated across other sectors of the Indian economy, including in agriculture, social sector and more importantly the digital economy, stated N K Singh, Chairman, Fifteen Finance Commission.

Speaking at CII Global Economic Policy Summit in New Delhi, Singh noted that the active participation of the Indian states would be critical for meeting India's net zero commitments. He added that minimising the degree of risks in this transition would be a key priority area and that it is important to work out a mechanism in which the states could become active participants in the process. He was speaking on the session 'Centre-State Partnerships: Reforms, Exports, Sustainability' at the event, organised by the Confederation of Indian Industry.

"The orderly movement from the era of fossil fuels to renewable energy is a daunting challenge," Singh stated. In the context of decarbonisation, he said that the important decision to be taken would be on the kind of taxes which can be levied and the benefits these taxes would bring in facilitating decarbonisation. All taxes on fossil fuels must be designed to facilitate India's transition to a green economy. In this context, the "changing patterns of agriculture will be central to reducing fossil fuels and helping in the green transition".

On India's exports, Singh said that 80 per cent of India's exports come from only six states, with 22 states having negligible contributions to India's overall exports. "Harnessing and augmenting India's export capabilities requires incentivisation" Singh emphasised. He added that bringing the states which are non-participants into the picture is important, while noting that the Northeastern region has significant potential in becoming a huge exports multiplier.(ANI)