Domestic violence and the role of society

A listener can be a good healer for someone 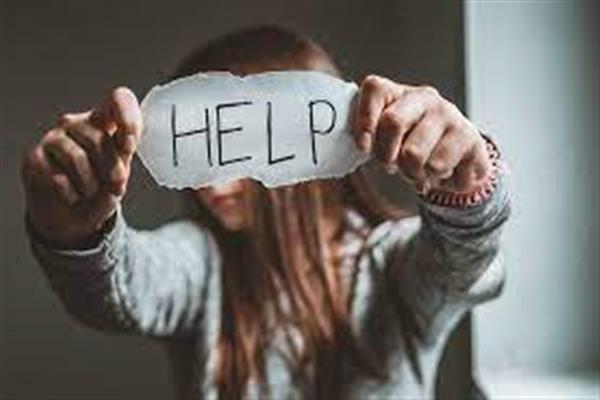 Domestic violence can be defined as a pattern of behavior in any relationship that is used to gain or maintain power and control over an intimate partner. Abuse is physical, sexual, emotional, economic or psychological actions or threats of actions that influence another person. This includes any behavior that frightens, intimidate, terrorize, manipulate, hurt, humiliate, blame, injure, or wound someone.

Domestic abuse can happen to anyone of any race, age, sexual orientation, religion, or gender. It can occur within a range of relationships including couples who are married, living together or dating. Victims of domestic abuse may also include a child or other relative, or any other household member.

Domestic abuse is typically manifested as a pattern of abusive behavior towards an intimate partner in a dating or family relationship, where the abuser exerts power and control over the victim. Dowry payments are another manifestation of the patriarchal structure in India. Sometimes we need to be good listeners, this is not just a saying but we need to apply this in our lives. A listener can be a good healer for someone. Domestic violence has made its roots strong in our societies; we witness cases of outbreaks of violence against women daily.

No one can understand the trauma of that woman being traumatized by her in-laws or by her family, or her husband. After talking to a few women they said "we become helpless after marriage we have to think about a lot of things before doing any step. We seal our lips but sometimes when it crosses all the limits we try to convince our families and our parents.

In this case some are quite lucky and they finally get relive from such toxic relationships. But some women become media hype. In the recent Pulwama case a married woman, mother of an eight-month-old daughter died under mysterious circumstances in the Drabgam area of south Kashmir’s Pulwama district. What if we listen to them carefully and had done something in their favour at least these precious lives can be saved. Sometimes we can be someone's saver but we are too selfish to care for this fantasy world. The most shocking thing, in this case, is the woman chooses to marry on her own.

We have helpline numbers or cells for women but whether they are functional 24x7 or not, we can’t say anything. We read everyday newspapers, witness digital media, simply we ignore these things and feel sorry but what next? Are we doing anything practically as responsible citizens to help our other friends?

What if she married on her own, doesn't she deserve something good, what if it was a mistake that she was regretting and was trying to convince her parents?  Whether it is an arranged marriage or a love marriage we have seen reports of such cases happening day to day.

Why can't we educate our sons too? From the very beginning, we focus on giving lectures to our daughters that they are meant to do this or that as one day she is getting married and will go to her in-law's house. What if we will start giving the same lecture to our men folk too?  We are living in this dilemma that once we get our daughter-in-law we have rights over her, people don’t understand things even Islam does not mention this thing anywhere.

It is up to her whether she is willing to look after her husband’s family or not but you can't force her. And the most important thing at the time of nikkah we try to become most humble and religious people and we say we don’t need anything from the bride’s side but after some time we get news of torture by in-laws, suicide cases,  and domestic violence and dowry cases.

Six years ago, when J&K was still a state, the survey says 9.4% of women were subjected to domestic violence. It further reveals that domestic abuse and sexual harassment are more widespread in rural areas of J&K as compared to urban areas. Kashmir region, which was once thought to be free from violence against women, has now become a hotbed of it.

According to data, there were nine dowry deaths in 2020, 243 occurrences of rape, 349 cases of cruelty towards women by their husbands or relatives, 1,639 cases of assault on women, and 1,744 cases of attack on women with the intention to outrage their modesty.

Domestic abuse can be mental, physical, economic, or sexual in nature. Incidents are rarely reported and usually escalate in frequency and severity. Domestic abuse may culminate in serious physical injury or death.

Our society can play an important role, especially neighbors if we are aware of such incidents, we can report them to our nearby police station also there are helpline numbers we can reach to them to save precious lives.

(The author is Kashmir based journalist)