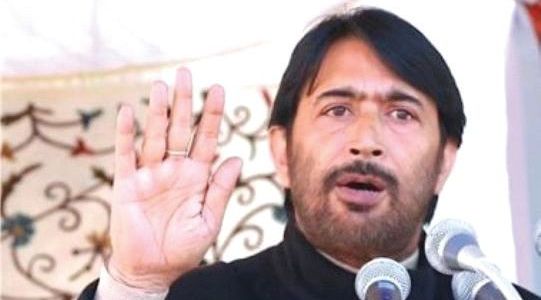 Srinagar, Sep 25: While reacting to the ensuing Party elections, former J&K Pradesh Congress Committee (JKPCC) Ghulam Ahmad Mir Sunday called it “a far-sighted decision” of Congress President Sonia Gandhi to give nod for holding elections to the post of Party President. He said the decision has generated enthusiasm at the grassroots level.
The decision of Rahul not to contest ensuing CP elections has silenced not only opportunists within the Party, but has rattled the BJP and other NDA allies.
“All the Congress Party cadres in the country and Jammu and Kashmir in particular wholeheartedly stand behind the farsighted and visionary decision of Sonia Gandhi, Rahul Gandhi and Priyankaji endorsed by the CWC. This vision reflects the deep commitment of Nehru-Gandhi family towards democracy and empowerment of grassroots congressmen,” former JKPCC President said.
It is high time that those so called G-23 group leaders whose core demands stands fulfilled by the CP should also rise to the occasion to close their shop as that it becomes imperative upon them to join the main rank and file to make the party unitedly accomplish the process of election for the post of Congress President, Ghulam Ahmad Mir said.
Mir further stated that these leaders should steadfastly join the ranks to make ‘Bharat JodoYatra’ launched by the party icon Rahul Gandhi a grand success and contribute towards the defeat of BJP & NDA’s “divisive and communal agenda.”