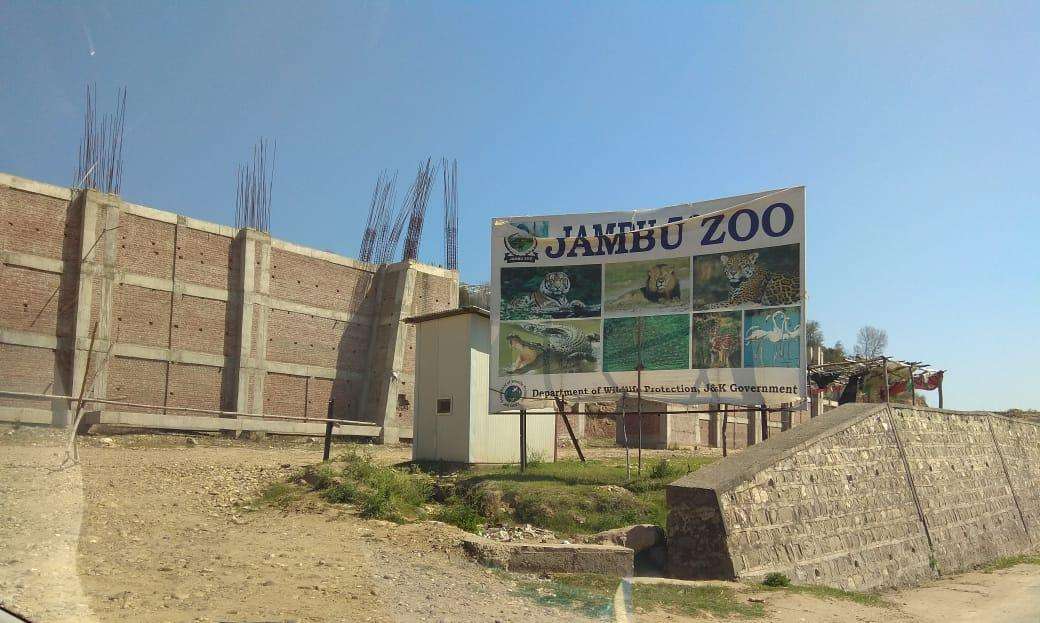 Jammu, Dec 5: Almost 85 percent construction work of Jambu Zoo’s first phase has been completed by the Jammu and Kashmir Infrastructural Development Finance Corporation (JKIDFC).
After missing several deadlines due to financial constraints and the COVID-19 pandemic earlier, the work on the prestigious project is now being taken up by the JKIDFC under its languishing project scheme at the cost of Rs 62.17 crore.
Under the first phase of the project, a 70-feet main gate, the main attraction of the project, had to be constructed but due to some feasibility issues earlier, the height of the gate was later reduced to 36 feet only.
“And we’ve constructed the 36 feet gate,” said Amit Sharma, Wildlife Warden, Jambu Zoo.
Sharma said that under the first phase of the project, around 17 animal enclosures and walk-through bird aviaries were also to be constructed.
“We have completed the construction work on crocodile enclosure, leopard enclosure, beer enclosure and several deer species’ enclosures. The work on bird aviaries is also being executed at a faster pace as we have strict directions from the government to complete the project at the earliest,” he said.
On the financial status of the project, he said, “A payment of Rs 27 crore has been made till date. But we’re going to execute some of the major components of the projects in the days to come and we’re expecting to receive and expend the rest of the amount soon to complete the first phase works at the earliest”.
Construction work on three children's parks and one amusement park were also set to be taken up in the first phase of the project and thus far, hundred percent of work on two parks has been completed while 90 percent of work on the other park is also completed. The work on the amusement park is also executed on a fast-track basis.
“Thereafter, we’ll take up the works in the second phase of the project,” the Wildlife Warden, Jambu Zoo said.
Pertinently, Jambu Zoo in the Khanpur Nagrota area of Jammu district is spread over an area of 163.40 hectares, and once completed, the visitors would be able to see Asiatic Lion, Royal Bengal Tiger, Black Beer, Marsh Crocodile, Blackbucks and other animals in the zoo. It is believed to be one of the biggest zoos in north India.