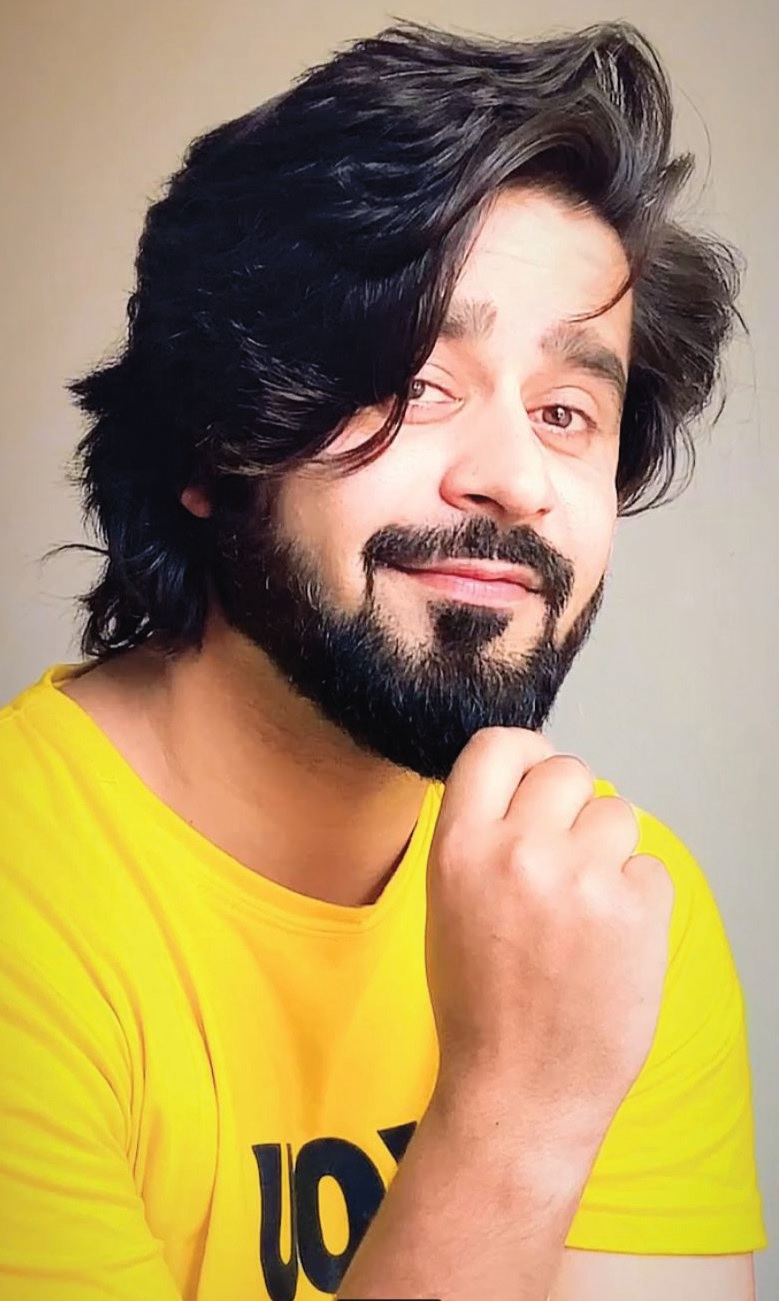 Over the past several years, Wari Wani has become a household name in Kashmir and he continues to be among the favoritecomedians with unique humorous skills.

Born and brought up in Pinglish Tral area of south Kashmir’s Pulwama district, Waris is popularly known as Waris Raj. After completed his B.tech in 2017, he started creating video content that went viral on social media and was widely appreciated by people.

Waris told Rising Kashmir that when he was at Kurukshetra University in Haryana for studies, he along with his friends created a rough video and put it on social media that went viral across Kashmir.

“After some days, I got a call from my father and he appreciated my content. He told me that you are free to choose your interest and that things boosted my confidence and morale,” he said adding “from 2018, i started full time content creation.”

With his long charming hairstyle, Waris is considered among the uncontroversial content creator of Kashmir. He often highlights social issues through his content.

So far in his content career, he has never sparked any controversy nor has spoken against anyone. He always advocated connecting people with love rather than spreading hatred against each other.

The 28-year-old comedian has in fact acquired a reputation for raising hard-hitting social issues like drug menace, dowry, and other social issues through his content.

“The aim of content is to bring vibrant change in our society. We created content on drug menace, dowry, and concern over rising suicides in Kashmir. People trust us and we have a big responsibility on our shoulders to take it forward,” he said.

Waris says he chooses topics that are in the news and something that that wouldn’t normally find as part of a comic routine.

“I wouldn’t say that laughter is really the medicine to all the problems but it’s a panacea and definitely helps,” he said.

He says comedy can play an important role in challenging people to address critical social issues. It can help in contributing to social change by drawing attentionand discussion about various issues.

“Most of our content is in Kashmiri - our local language. It connects people and our aim is to promote and preserve our language,” he said.

About aspiring content creators, Waris said preparing script for content is important for every artist. They should focus on their goal and should avoid controversies, he said.

“They should train themselves and work hard on script and observation. When there is a good script, we can produce good content for our people,” he said.

Waris says, although there is no dearth of talent in Kashmir but we need to polish our ideas. There are always ups and downs behind the success of everyone, but one should move forward and keep the show going on, he says.

“We have taken up the challenge to show people that comedy is above vulgarity, obscenity. We can do comedy without cracking vulgar and obscene jokes,” he said.

Waris urged young artists to promote real comedy and not vulgarity which is being aimed to spread hatred among different communities.

“Just like successful social awareness campaigns, a good comedian can change perspectives by holding up a mirror to society, forcing it to confront realities that it often ignores,” he concludes.