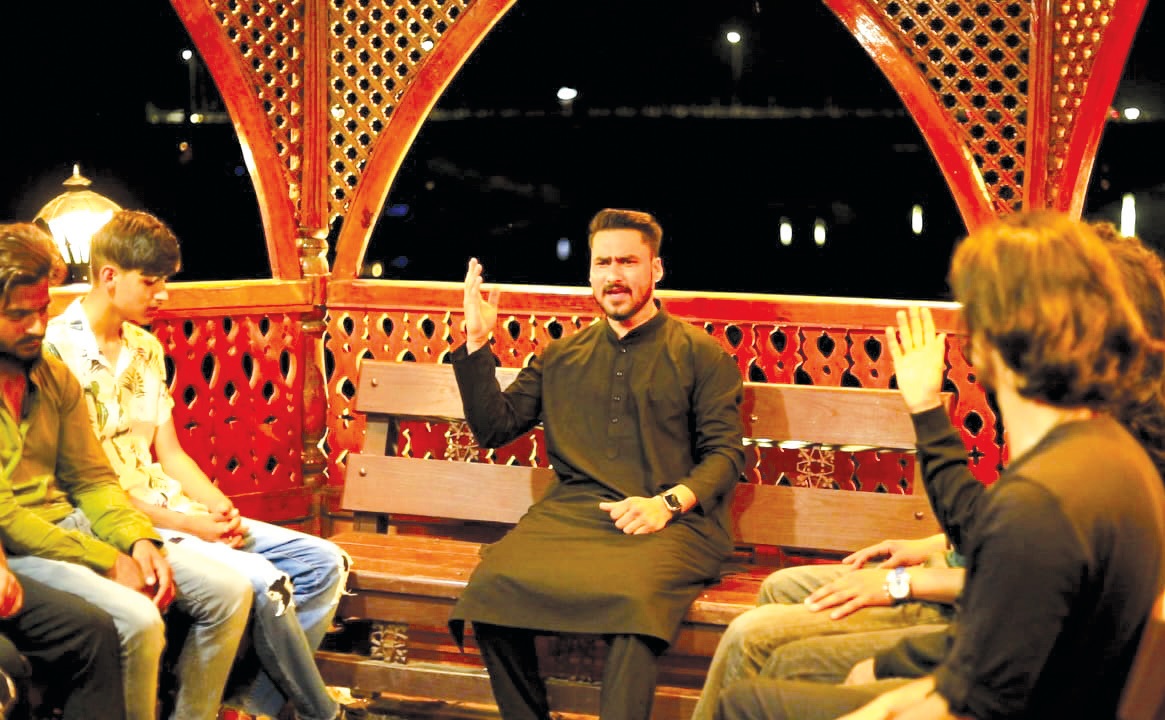 Shah Zaffar, a 21-year old singer from Tangmarg area of north Kashmir’s Baramulla district, has won hearts of the people across Kashmir for his soothing voice.

The young music sensation, who aspires to become a playback singer, released his debut cover song ‘Dost Kya Khoob Wafavuka Sila Dete Hai’ in May last year at Deputy Commissioner’s office in Baramulla. The song received a good number of listeners and was widely appreciated.

Zaffar came to limelight when he showcased his talent in a musical reality show ‘Kashmir got Talent’.There he poured emotions into his music and impressed everyone with his soothing voice.

He was 9 years old when his interest towards singing developed and his interest gradually changed into his passion.

“I was interested in music since my childhood but there was no platform available. I used to participate in cultural shows in school. I used to sing a variety of songs. When I started uploading my songs on Facebook and Instagram, it did not excite people. But I did not lose hope and tried to give my best,” he said.

“In pursuit of my passion I made an unconventional decision to leave school at an early age and commit to a career in music,” he said.

He has not received any formal training from any music school or guru. He learned to sing by watching videos on the Internet. Zaffar listens to a lot of Indian classical music among which Nusrat Fateh Ai Khan and Lata Mangeshkar are his favorite singers.

“Through this method I initially taught myself to sing. But later, I joined the online classes of Neha Kakkar's academy of singing for about a year in 2017-18,” he said.

After that Zaffar started performing in variety of ensembles ranging from ceremonial band to jazz band and playing all styles of music.

Zaffar aspires to become a playback singer and wants to make it to Bollywood which is his ultimate dream.