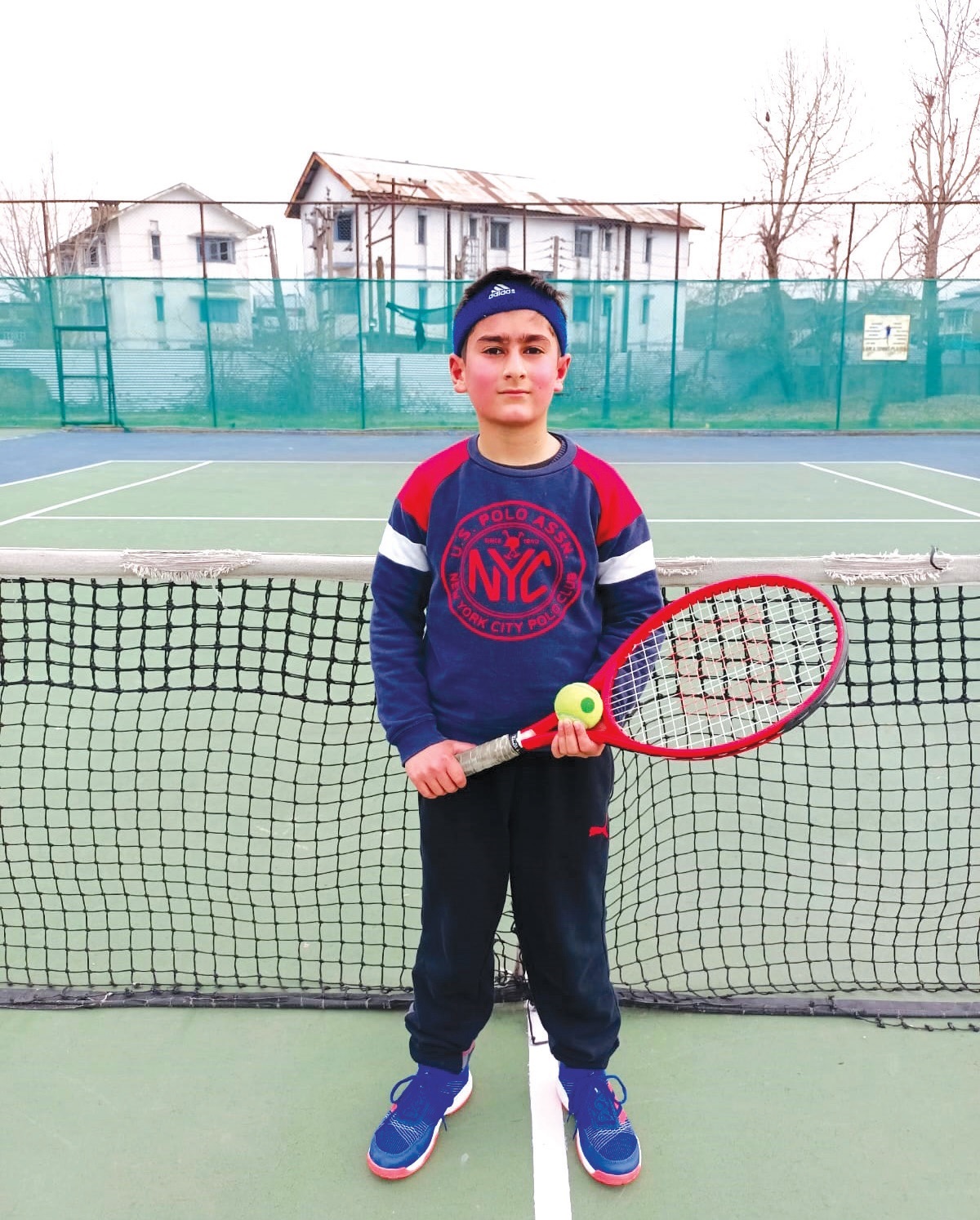 A 10-year-old lawn tennis player from Natipora Srinagar has become a tennis sensation in Kashmir and he aspires to represent India at the international level.

Recently, Mohammad Qais won the Lawn Tennis Championship in Under-12 category  in Srinagar. His talent and technique were appreciated by all.

Mohammad Qais told Rising Kashmir that since his childhood, he was more inclined toward lawn tennis. “I was inspired by swish tennis player Roger Federer. He holds several ATP records and is considered to be one of the greatest tennis players of all time,” he said.

Qais is a 5thclass student at Dehli Public School Budgam. “I want to represent India at the International level. I feel I am a creative and all-around player. I can be all over the court,” he said.

“During the pandemic, online classes were a blessing in disguise. I was doing practice with my father and that boosted my confidence to get more involved in this game ,” Qais said.

He was appreciated by famous couch Kuldeep Handoo with the award.

“Each day I practice and prepare for the game. I hope Almighty will help me in reaching the destination,” Qais added.

Father of Qais, Aijaz Ahmad said from his childhood, he was more interested in lawn tennis. He told me about his interest as this game not so popular in Kashmir, Aijaz said.

“Finally I reached Gindun Stadium Rajbagh, where we met Tennis Couch Dilbagh Singh and he mentored Qais for some time. He appreciated the unique talent of Qais and his techniques,” Aijaz said.

Aijaz says during winters, Qais was mentored for the period of four months by J&K top tennis player, Moazam Rashid. Then Indian couch Javed Hazarre also appreciated the talent of the young boy.

“Now I am thinking of sending Qais for coaching in some coaching academy. I have full faith in my child that one day he will represent India at the International level,” he said.

Aijaz says in coming months, he will register his name in All India Tennis Association (AITA) and after that Qais can be invited in under 12 events in the entire country,” he said.