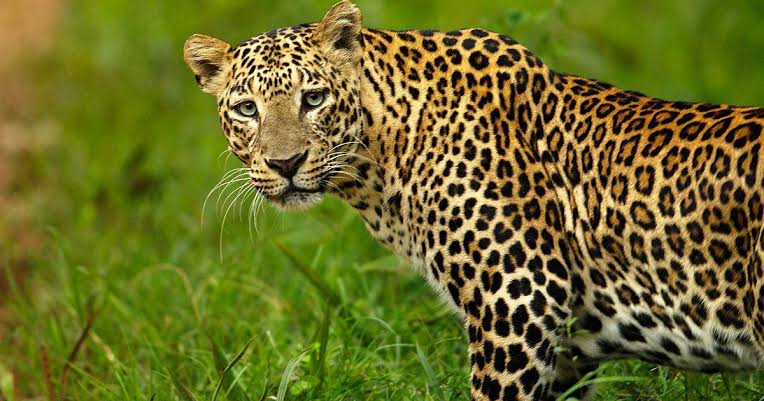 Baramulla, Sep 23: After two minors were mauled to death in Uri subdivision of north Kashmir's Baramulla district within a week's time, the Jammu and Kashmir Wildlife Protection department on Friday issued an advisory to avoid man-wild animal conflict.
In an advisory, issued by Wildlife Warden North Division Sopore, the authorities advised people not to move alone in the forest area.
The advisory reads that children and women are more vulnerable to leopard and bear attacks, which can be contained if they move in groups or children are accompanied by an adult and always move on regular forest paths and avoid shortcuts.
“Avoid going to forests for collection of wood in early morning or evening hours, which is the peak activity time for leopards. Do not chase or try to go near a wild animal if sighted from a distance in the forest areas,” the advisory reads.
The advisory came into effect after a leopard took away and killed two minors within a week's time in Uri subdivision of Baramulla.
The advisory further reads that the livestock taken to pastures inside forests and near crop fields must be attended by three to four persons and any type of bell or sound producing device be put around the neck of a few cattle.
"People living in the vicinity of forests should also complete their outside activities such as social visits, fetching water from streams, grazing cattle, collection of household items during day time only," it adds.
The official advisory said that people should provide sufficient light around the utilities outside the houses so that animals do not feel safe in the vicinity.
"Do not create kitchen dumping around your houses as this invites stray dogs to the spot which in turn invite leopard movement. As dogs are delicacies for these carnivores,” it added.
The advisory further reads that the villagers must regularly remove all bushes or shrubs from the vicinity of houses.
“Such vegetation clearance walls increase visibility and help to keep the leopard away from their houses.”
The advisory said that people should not make noise while sighting a leopard and inform the wildlife authorities, local police station or revenue officials.
Since June 2022 till date, five minors were mauled to death and one injured in Uri subdivision of Baramulla by wild animals.
On September 22, a minor boy named Syed Ali Hussain son of Syed Abbas Kazmi, was lifted and later on killed by a leopard in Dhani Syed, Uri
On September 16, a minor girl namely Munaza, daughter of Mohammad Imran Baig was pounced on and killed by a leopard near her home in Gawashar village of Uri.
On July 13, Sameera Javid, daughter of Javed Ahmed Khater, a resident of Choolan Kalsan was wounded in a leopard attack while she was playing near her house.
On June 13, a 12-year-old girl Rutba Manzoor, daughter of Manzoor Ahmad Bhat was lifted by a leopard at Batangi village of Boniyar and taken to a nearby forest. Her dead body was later on found in the nearby dense forest.
On June 12, 2022, a teenager Shahid Ahmad Ganaie of Ganie Mohallah Trakanjan Boniyar was lifted by a leopard. His mutilated (devoured) body was recovered from the adjoining forest area.
On June 11, 2022, a minor boy Amir Muneer, 15 was lifted by a leopard in Gatti Kalsum ChoIan Boniyar (Uri). His dead body was recovered from a nearby forest.