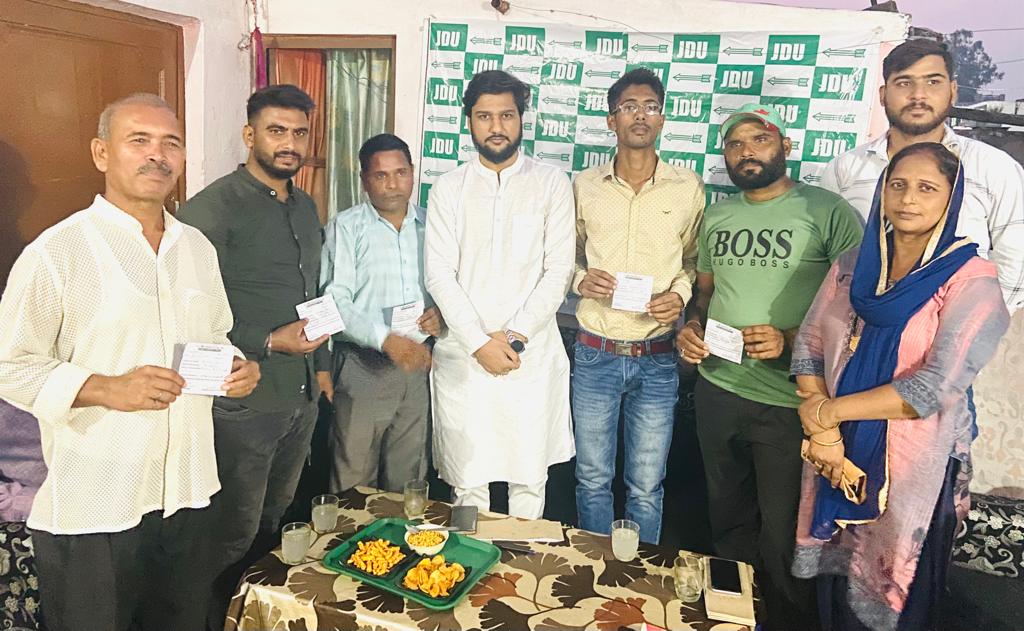 Vivek Bali appreciated the strong working by the activists. He asked them to organize mass awareness programme in the rural areas in order to ensure that the schemes of Centre and state government like KisaanSammaanNidhi KCC card veterinary schemes fishers and agriculture schemes reach to the intended farmer population. And the any rumours created by the unscrupulous elements will be cleared in no time, he further said.

Vivek Bali also said that Executive Team will organize awareness camp at various levels and assured the senior party leadership that the team will not leave any stone unturned to reach the intended population. The primary agenda of the meeting is to discuss and strengthen the organisational set up of JD(U) in all districts of Jammu region and in order to carry forward this basic agenda the District body of District Jammu got reconstituted .

Vivek Bali prompted the team leaders to increase their working and be ready for the forthcoming elections. The state executive welcomed the new faces in the organisation and urged them to work with the utmost dedication for the welfare of school going Kids in particular and society and nation in general. Moreover, detailed discussion took place regarding the future course of action. Beside this, the district units were directed to organise "Youth Samelans" and "MahilaSamelans" as well. JDU is always available for the well being of public and anyone who is facing problems can contact JDU District Presidents of respective area.

The membership drive started in Jammu region and overwhelming support for the JDU was visible during its membership drive. The interest from all the segments of the society joined the party in large numbers.

Micky, Balvinder were among the other prominent Team leaders present in the meeting.