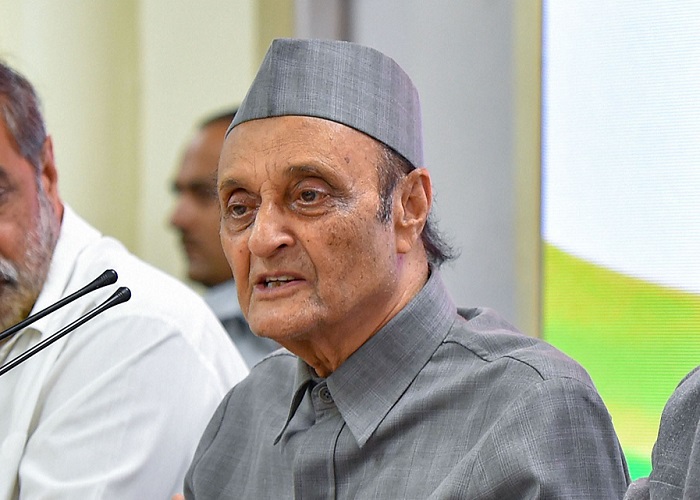 Jammu, Sep 17: A statement by Dr Karan Singh that his relations with his party are “almost zero” has actually endorsed former J&K Chief Minister Ghulam Nabi Azad’s claims in his resignation letter with regard to functioning of Congress party.
This was stated by former MLA Thakur Balwan Singh reacting over Dr Karan Sing’s statement adding that the way people throng Azad’s public rallies indicates that they are determined to be part of the realistic politics in Jammu and Kashmir under the dynamic leadership of Ghulam Nabi Azad.
Balwan Singh asserted that former J&K Chief Minister’s new party will not let down the people of J&K as the party, unlike the conventional political parties, has set achievable goals to ensure a better future for the people, especially the youth.He said Azad’s policy and goals are unambiguous and attainable. We want sustained peace here so that people could reap its benefits in terms of their political and economic empowerment. A peaceful atmosphere in J&K will fetch us everything that matters to the people.
Cautioning people against attempts to polarise the situation in the region ahead of assembly elections, Balwan Singh said politics is meant to bring people closer to each other but “there are some parties who are out to divide people on the name of religion, region, caste and creed.”
“We cannot afford internal fighting. If we have to move forward, we have to stand united and not fall to mischievous propaganda,” Singh said, adding “We have to bring down the walls of hatred and become one for our nation and its progress and prosperity.”
He said Azad never played politics on the basis of region or religion. “We will continue to work for the betterment of the people, their prosperity and ensure no discrimination.”
He said, “Our struggle is based on justice as our state was snatched along with our rights over land and jobs.”
We need a change which is possible when you support us. You have seen the rule of National Conference, PDP and BJP and now it is easy for you to decide whom to vote for, he said, appealing to the people to reject the parties dividing them.
Singh said that to bring a transformation in their socio-economic lives, people of J&K must afford one chance to Azad with a decisive mandate, as his credentials as a development-oriented personality are well established.