Despite criticism and rejections, Saqib Wani didn’t give up on acting 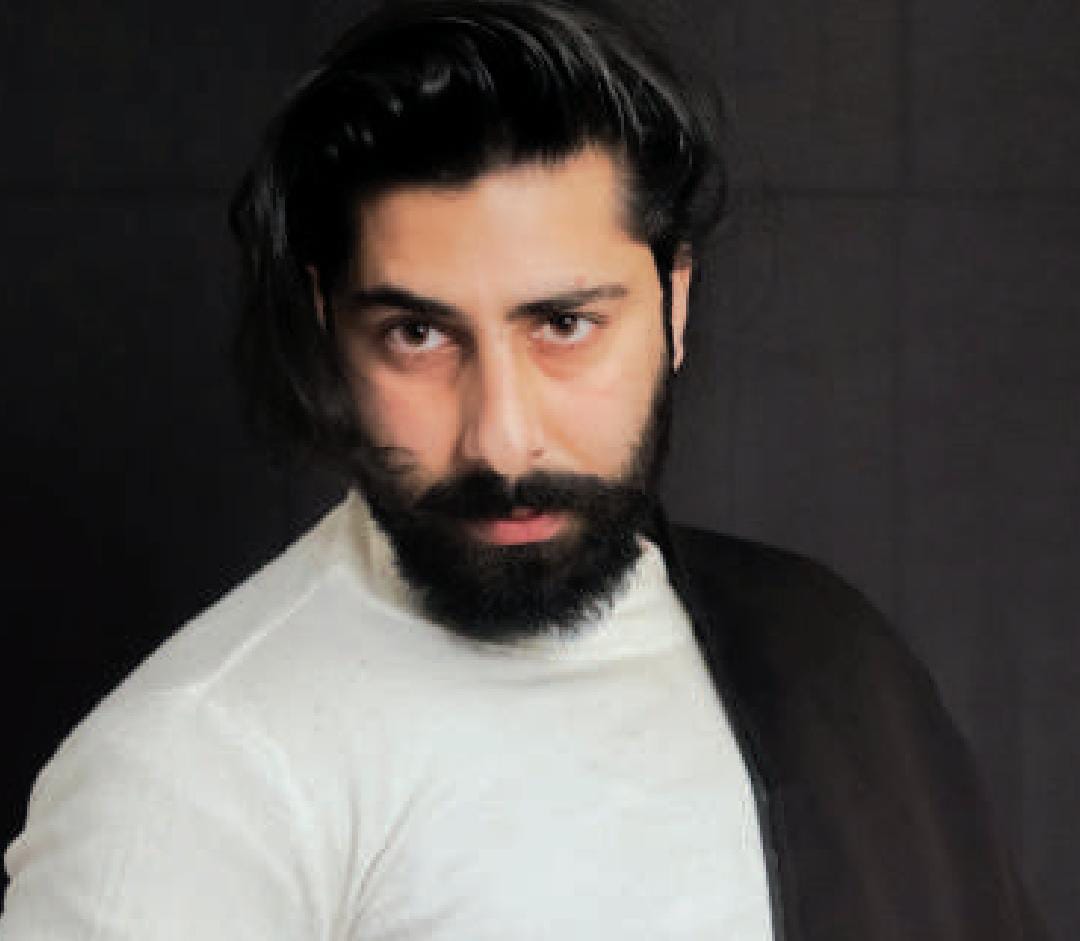 Saqib Wani was passionate towards acting since his childhood. Despite facing multiple rejections in the field of acting, he didn’t stop trying and with his dedication he is now an established actor.

The 29-year-old actor eventually got a major breakthrough in ‘Bard of Blood’, an espionage thriller of 2019, giving his acting career a major boost. Now, this year, he will be seen playing Bilal, the main antagonist in Apoorva Lakhia’s upcoming webseries crackdown 2 on the streaming platform “Voot Select.”

Hailing from Tankipora area in Srinagar,Wani has done MBA in finance and marketing from Kashmir University.

He says that he was passionate about acting since early childhood and after watching TV, would often mimic actors and repeat dialogues of different characters.

Impressed by legendary actor Dilip Kumar, Wani considers the superstar his role model in method acting.“I got inspired by watching TV serials and movies at very young age. Superstar Dilip Kumar is my role model as I am influenced by his unique style of acting,” he says.

Wani Started his acting career in 1998 as a child artist as his first serial “Gar Ki Dehleez” aired on Doordarshan.

Like many young actors, he began learn acting professionally in theatre. But in Kashmir it was never an easy thing to do.

“There is no acting school and hardly any culture of acting. You have to learn techniques on your own. So I moved to New Delhi, known for its vibrant theatre culture. I learned from the great actors like Naseeruddin Shah, Irfan Khan, Om Puri and Vijay Raaz,” he said.

He says he gave 12 years to theatre to learn the skills of acting and to adopt the art of method acting.“I managed to play Shakespeare, played the role of freedom fighter Bhagat Singh and Yousuf Shah Chak- a 16th century king of Kashmir, who was defeated in battle by Mughal Emperor Akbar,” he says.

In 2011-12, he got his first break on Sony TV where he acted in famous TV serial based on true crime stories ‘Crime Patrol’ playing a negative character of Deepak, a psycho killer.

He then started working on colors in serial “Udaan” where he played a character of Ajay, a villain in the serial.

Not only that, Wani plunged into Bollywood under top production banner of Shah Rukh Khan’s Red Chilies entertainment in “Bard of Blood”, a Thriller series in 2019 with star cast like Emran Hashmi and Shobita.

Wani played the character of Talib in the thriller, the web series released on Netflix. The whole story circulates around rescue operation by main cast Emran Hashmi.

"Bard of Blood was shot at different locations like Kazakhstan, Ladakh, Mumbai etc. and I enjoyed the project very much,” he says.

Not only the acting in web series, he also delved into the genre of music videos.His song “Lolan”  was his first release on Zee music company, directed and acted by him, which hit around one crore views on social media platforms, turning a big hit in 2020.“My new song "Zard" was recently released on Zee Music Company,” he says.

He says it was extremely hard to plunge into the industry with no platforms ,no exploration and besides absence of father’s support.“My father wanted to see me as IAS officer so he was not supportive but it was only by virtue of my mother that I succeeded in this field and I would give full credit to her.She died two years back when I had just finished shoot and came back from Mumbai.”

Not only that, he also faced the criticism for choosing acting as a career.“I faced criticism as people would consider acting, wastage of time and would suggest me for finding a secure job,” he says.

Reaching to this point was never easy for Wani while spending days after days and standing in queues of thousands of aspirants for auditions, facing lots of rejection really checks ones mettle. But eventually, all the hustle proved worthwhile for him.

“In 2017 at Karol Bagh Delhi, I appeared in an audition where I was standing in queue since 7am with empty stomach.When my turn came around at 7pm I was told that audition is over, which was very disheartening for me,” he recalls.

Becoming an actor is not cake walk, he says, “People don’t think acting a feasible career. Everyone loves to watch movies and TV serials. But want to see their children to become doctors and IAS officers.”

“My family was not different from others,they have similar expectations from me. So I took admission in B.com course at University of Kashmir and then earned an MBA from the same institution in 2016," he asserts.

Despite his studies, Wani never gave up his passion for acting. “All I wanted to do was act in films and TV serials. But my family always had other plans for me. I was living a double life, pretending to be serious about taking competitive exams but was focusing on acting,” he added.

About his upcoming series crackdown 2, he is confident that the series would attract huge number of viewers and will turn into a success like Bard of Blood.