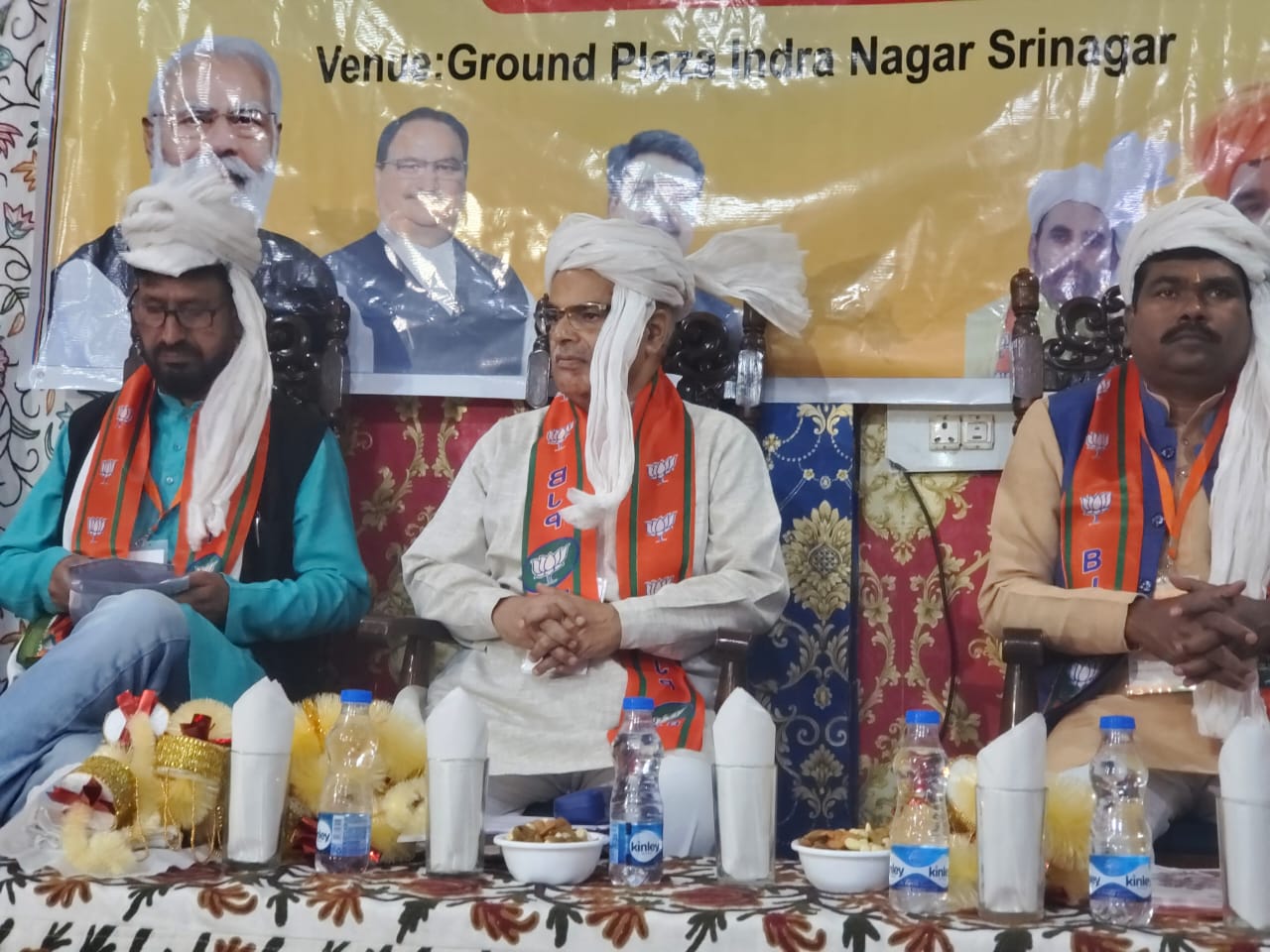 Srinagar, Sep 19: A delegation of BJP ST Morcha headed by its National President and Member Parliament Samir Oraon Monday called on Lieutenant Governor Manoj Sinha here at Raj Bhawan.
The members of the delegation apprised the Lt. Governor about various issues concerning the Tribal community.
Samir Oraon, Member Parliament from Jharkhand also discussed various developmental and public important issues with the Lt Governor.
The Lt Governor observed that the UT Government is working towards the inclusive and equitable development of J&K keeping the welfare of all sections of the society on priority.
The government with its various schemes and programmes is reaching out to the tribal community for their socio-economic empowerment, added the Lt Governor.
The Lt Governor assured the members of the delegation that the issues raised by them would be looked into for early redressal on merit.
The delegation was composed of newly nominated Rajya Sabha MP, Er. Ghulam Ali Khatana; National Secretary BJP ST Morcha, Choudhary Mushtaq Inqlabi; General Secretary J&K BJP ST Morcha, Choudhary Roshan Hussain and Sh Permashver.
Earlier, Ishfaq Ahmad Bhat, Founder President, Kafila Foundation, accompanied by Abaas Ashraf Dar, member of the foundation also called on the Lt Governor and apprised him about the initiatives of their foundation regarding the opening of a School at Border area of Kupwara.
The Lt Governor appreciated the noble cause and assured them of necessary assistance from the administration.