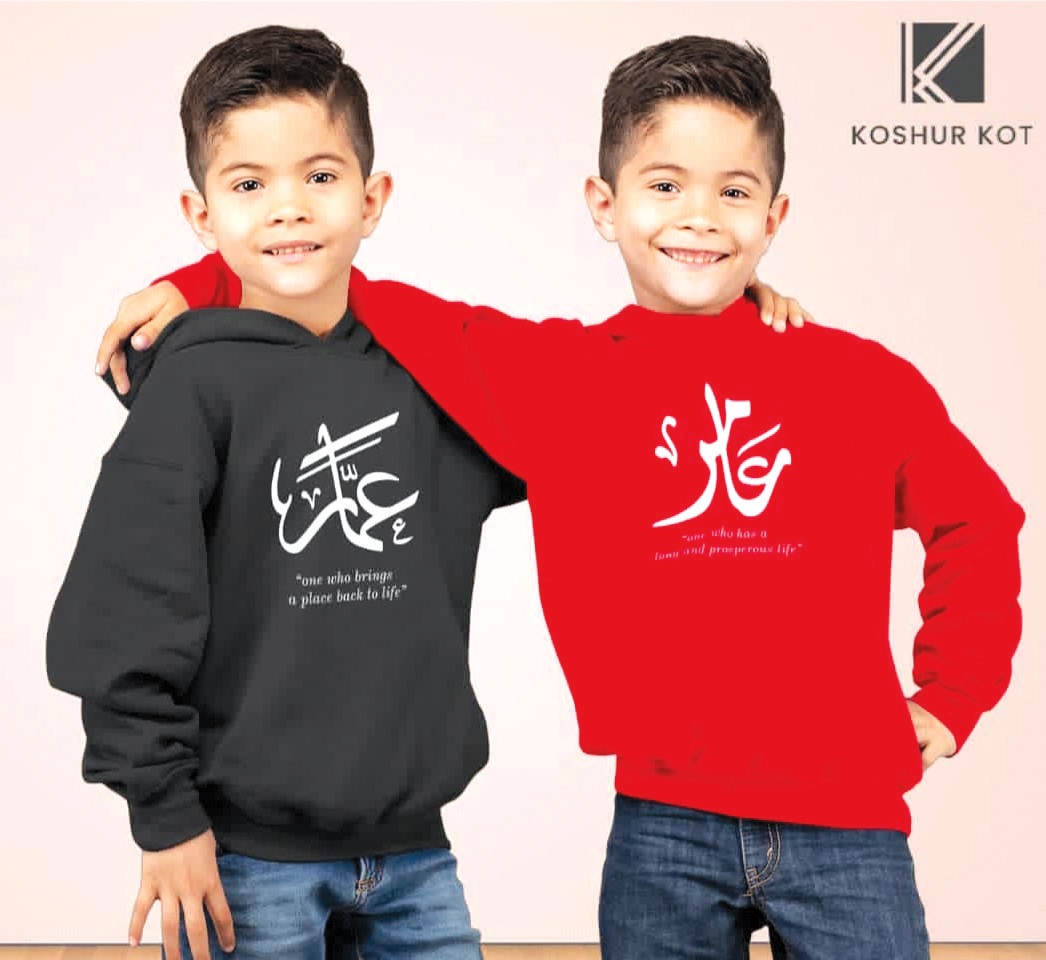 Kashmir-based startup ‘Kashur Kot’ has started an exceptional initiative to revive traditional Kashmiri phrases, proverbs, and idioms through its products.
In the middle of Covid19 pandemic, 24-year-old, Amir Rafiq Bhat from Srinagar started his venture ‘Koshur Kot’ merchandise and aimed at promoting the Kashmiri language through his business.
The venture started printing Kashmiri phrases on T-shirts, hoodies, and sweatshirts for which they got an overwhelming responses from the customers.
Amir told Rising Kashmir that his concept is to revive the traditional Kashmiri phrases, idioms and proverbs that were often used by Kashmiri people but have diminished in the race of western modernism.
Some of the phrases include ‘Chillai Kalan, Aasav Nai Te Lasav Kith Paeth, Nov Not Hue, Cool as Shishargaant, Roashandaan, Naar Tengul, Wandeh is Here, Akh to Akh Gayi Kah, Rath Myeani Kangir Wech Myeani Tekh and other popular idioms.
The young entrepreneur is a computer engineer by profession. He has traveled across the country and has seen how people are preserving their language and culture through different platforms.
“I have traveled across India and have seen how people are given importance to their language and culture through multiple ways,” he said.
Amir said to promote their ‘Koshur Kot’ brand, they gifted customized T-shirts to popular social media influencers along with their taglines in Kashmiri.
“It generated a good response and people started sending their fresh orders to our website or social media platforms. We were flooded with queries and people appreciated our concept widely,” he said.
The team of ‘Koshur Kot’ consists of graphic designers, content writers, and other members. For orders, the customer has to get his customized order on its website, and then it goes to graphic designers.
“The startup has signed a Memorandum of Understanding (MOU) with a Chennai-based company, which delivers the order to customers in Kashmir or other parts. We ensure quality material of cloth and there is no compromise on it,” Amir said.
In the initial years, they were customizing T-shirts, sweatshirts, polo shirts, and Hoodies. Later they also designed masks, caps, cups, jugs, and other products.
He says there is still a lack of basic infrastructure in Kashmir and it still is impacting small businesses and startups. “There is a need to upgrade the gaps so that such businesses will not face any problems.”
About future plans, Amir says they are trying to sustain this concept and do not want to give up. He says that struggles are everywhere but it is a commitment that determines the work.