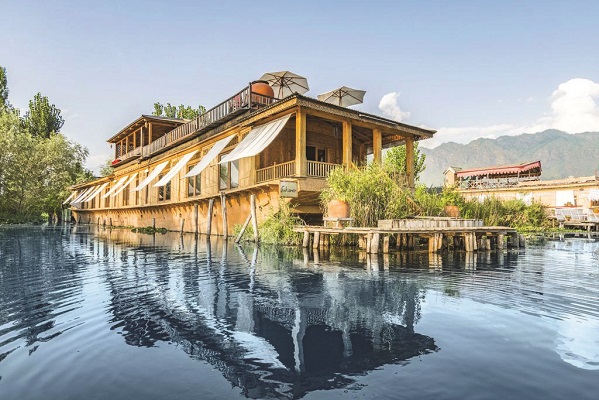 Srinagar, Sept 25: The Meteorological Department on Saturday said they are expecting mainly dry and clear weather till September end.
Deputy Director Meteorological Department Srinagar, Mukhtar Ahmad told Rising Kashmir that light rain lashed parts of Kashmir on Sunday and from Monday onward they were expecting mainly dry and clear weather till September end.
“We are expecting a light spell of rain between 29 to September 30th at isolated places in Kashmir. However, this spell will not have any impact. In the coming days, there will be a slight decrease in day temperatures in the Valley,” he said.
On Saturday, Srinagar recorded a maximum of 22.1 degrees Celsius during the day while the minimum temperature during the night was recorded at 15.8 degrees Celsius.
Ski-resort Gulmarg in Baramulla district recorded 12.1 degrees Celsius maximum temperature while minimum temperature of 6.2 degrees was recorded during the night.
Health resort Pahalgam recorded 14.4°C, and Qazigund 19.4°C respectively maximum temperatures.
Kupwara in north Kashmir was the hottest place in Kashmir recording maximum temperatures of 23.6 °C, while minimum 14.6 °C was recorded in the district during the night.
The traffic on Srinagar-Jammu Highway was restored after the blockage of the road near Ramban due to shooting stones.
Police informed that traffic has been restored amid shooting stones at Cafeteria Morh in Ramban on Jammu-Srinagar Highway.
The highway had been closed for traffic near Ramban after intermittent episodes of shooting stones.