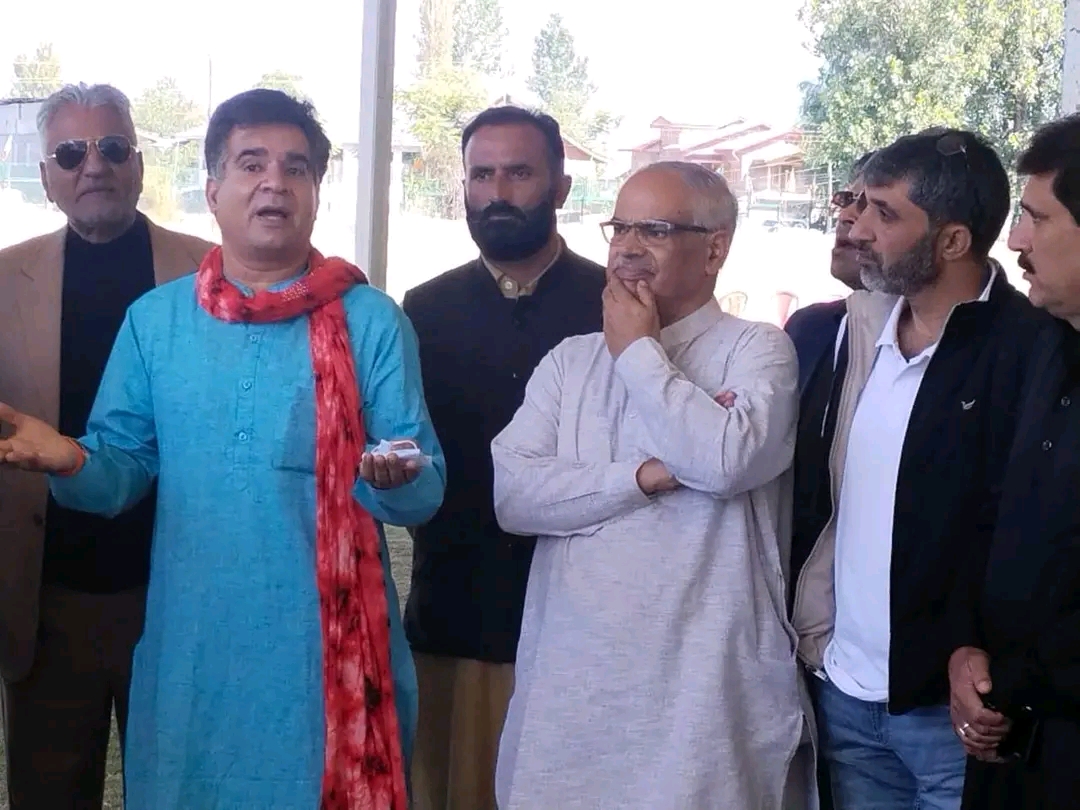 The people from different parts of the Valley would participate in the rally and we are expecting a gathering of 50,000 participants from Srinagar, South Kashmir and mostly from Bandipora, Baramulla and other nearby places,”.

Party’s General Secretary (Organization), Sh. Ashok Koul said that the party has already started preparations for Sh. Amit Shah’s rally and that the corner meetings have been started to finalize the arrangements in Baramulla.

Ravinder Raina discussion on several issues was held threadbare and it was conveyed to the leaders that every arrangement should be finalized well on time and there should be no loophole in the arrangements.

Ashok Koul said, BJP workers in the Jammu and Kashmir are contributing to promoting the use of Khadi in order to increase its usage."

Ashok Koul further stated that Mahatma Gandhi Ji played a major role in India's freedom movement. He further said that Prime Minister Sh. Narendra Modi's call for 'Self-reliant India' and 'Vocal for local' has given new life to the Khadi.