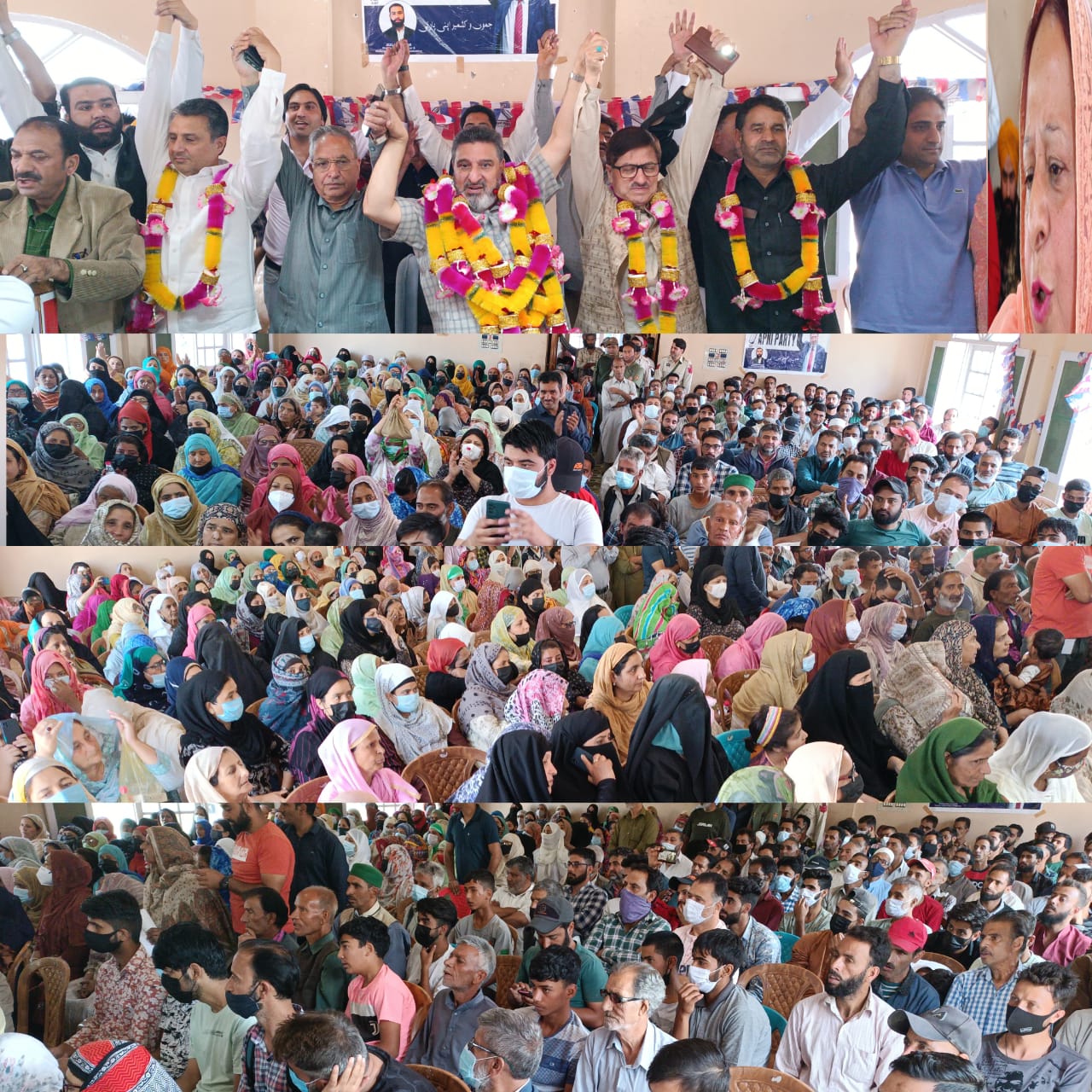 Srinagar: Apni Party on Monday organized a convention in the Baba Demb area of the city.
According to a press note, Apni Party President Syed Mohammad Altaf Bukhari, in his speech reiterated his party’s demand for the restoration of statehood to J&K and political empowerment of its people.
He said, “Apni Party is committed to continually striving for the restoration of statehood to Jammu and Kashmir, and political empowerment of its people. We will not budge from what we have promised to our people. From the day of its existence, the Apni Party has been committed to ensuring peace, prosperity, and the development of J&K, and political and economic empowerment of its people.” “We will keep striving for our goals, come what may.” He added.
Extending his gratitude to the participants, Syed Mohammad Altaf Bukhari said that Apni Party is getting public support from each and every corner of J&K.
He said, “I warmly welcome you here. Your presence indicates that like in other parts of J&K, people in Srinagar city have trust in the Apni Party’s unambiguous agenda and its truthful policies. I am pleased to see the people in this city responding to Apni Party’s outreach program enthusiastically.”
He assured that Apni Party will not let down its people and will stick to the promises that it has made to the J&K people.
He said, “Apni Party assures a better future to the people of J&K. We have a clear vision and an unambiguous agenda for a better future for our people. Positive changes might take some time to occur. Nothing happens overnight. But I assure you that we will leave no stone unturned to ensure a better and a dignified future for the people of Jammu and Kashmir who have been grappling with the horrible situation over the past more than three decades.”
Taking dig at the traditional political parties, he said, “Unlike the traditional political parties, we do not believe in deceptive politics, nor do we offer fake promises to our people. We promise you only what we believe we can achieve for you.”
Emphasizing on restoring peace and tranquillity in J&K, Syed Mohammad Altaf Bukhari said, “J&K people need peace and tranquillity here for a better future. Only a peaceful environment will ensure the prosperity and development of this region and eventually economic and political empowerment of the people. Every one of us ought to contribute to a peaceful J&K.”