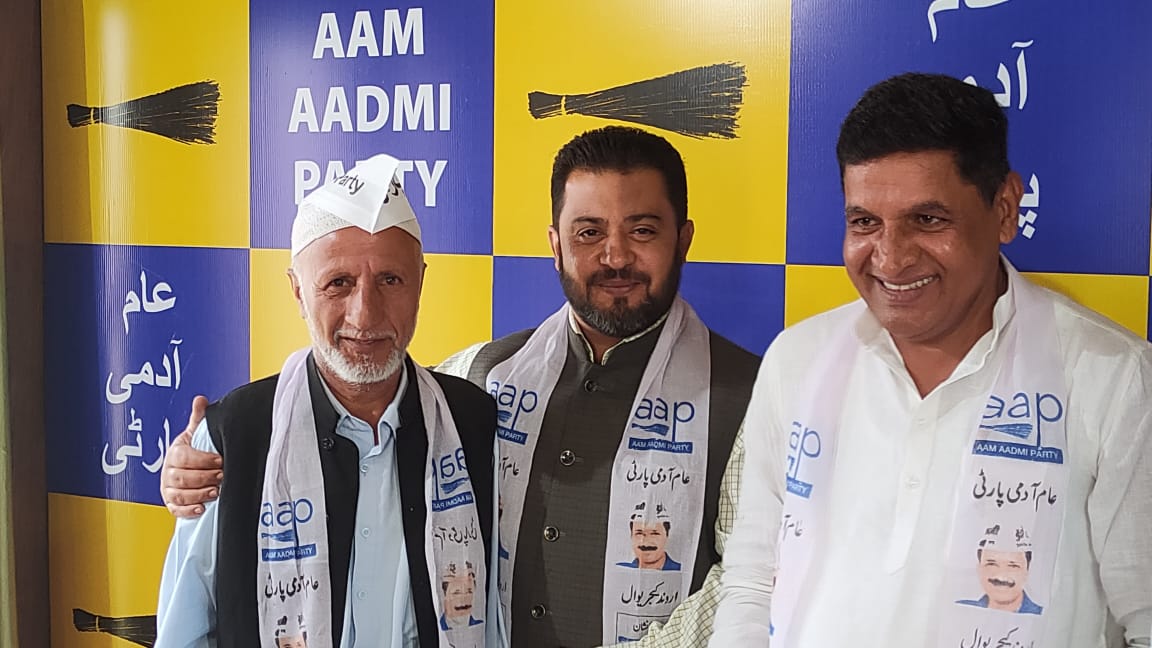 Jammu, Sep 20: Several leaders of BharatiyaJanata Party (BJP) including its District President of KissanMorcha in Budgam joined the AamAadmi Party on Tuesday during a joining event organised in AAP's Kashmir office.
A statement from the AAP claimed that an event of joining was organised in the AamAadmi Party's Kashmir office on Tuesday which was headed by party's senior leader Hakeem RahullaGazi.
Many prominent BJP leaders, Sarpanch joined AamAadmi Party on this occasion and entrants were welcomed in party fold by AAP leadership, the statement said.
Those who joined include SarpanchJawallaporaBudgam Abdul Ahad Thakur, District President of BJP KissanMorcha in Budgam district, Showkat Ahmed Mir, BJP constituency president of KhansahibBudhamMudassirAhmed Shah, Budgam BJP media inchargeTufailAyoub and PhD scholar and Auqaf Committee President of BeminaShameem Ahmed Rather.
These entrants said that AamAadmi Party is the only political front which is upfront to fulfil the grievances of masses of Jammu and Kashmir and is becoming the lone voice in opposition and the day is not far when party will be in office in Jammu and Kashmir to resolve the decades old grievances and injustice with masses.
They are said to have joined the AamAadmi Party to be a part of this reform in the political sphere of Jammu and Kashmir.
AAP senior leader Hakeem RahullaGazi, on this occasion mentioned, large scale joining of faces across Jammu and Kashmir as an indication of upcoming political changes in Jammu and Kashmir and said that only AAP is the choice of people in UT and people will prove it in next polls.
He said that a large number of more prominent faces are set to join AAP which will further give strength to the party cadre.
Gazi further said that the leadership of BJP is stepping in for AAP in Kashmir valley which shows that masses in valley are not happy with policies of BJP which has ruined the UT on every front.