Jammu and Kashmir Police along with Army have neutralised four militant  so far including two Pakistani militants in twin ongoing anti-militant  operations in Kupwara and Kulgam districts. 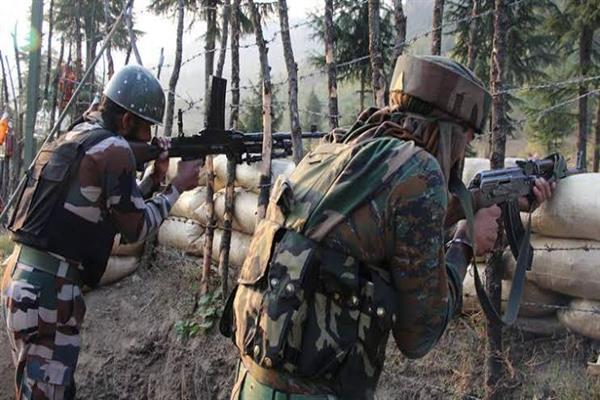 Jammu and Kashmir Police along with Army have neutralised four militant so far including two Pakistani militant in twin ongoing anti-militant  operations in Kupwara and Kulgam districts.

A police spokesman said, Earlier, Kupwara Police along with Army (28RR) launched a joint anti-militant  operation today on the disclosure of an arrested militant Showkat Ahmad Sheikh in Forests of Chandigam Lolab area of Kupwara. During the search of a hideout, the hiding militant  started firing indiscriminately upon the joint search party which was retaliated effectively leading to an encounter.

The spokesman said, "In the initial exchange of fire one militant was killed and the arrested militant leading search party also got trapped. In the ensuing encounter, so far two Pakistani militants  of proscribed terror outfit LeT were killed. Heavy exchange of fire is still going on and operation is in progress."

He said, Meanwhile at about 3:30/pm, based on specific input generated by police regarding presence of militants in DH Pora Kulgam, a joint cordon and search was launched by Police and Army (9RR) in the said area. As the joint search party approached towards the suspected spot, the hiding militants fired indiscriminately upon search party which was retaliated leading to an encounter. Later on CRPF also joined in operation. In the ongoing encounter, 02 local militants  were killed so far. They have been identified as Haris Sharief of Srinagar and Zakir Padder of Kulgam.