General public is requested not to venture out into such places which are full of risk and also all precautionary measures be taken in view of the inclement weather. 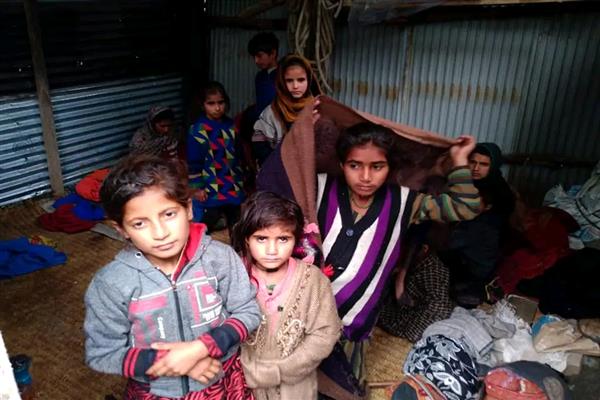 Amid the inclement weather, Jammu and Kashmir on Wednesday have rescued more than 25 families in Kulgam & Budgam following distressed calls.

In an another incident, a distress call was received from the residents of Sanyadi DK Marag, DH Pora during the intervening night of 21-22 June, 2022 and accordingly a Police team of PS DH Pora led by SHO PS DH Pora along with SDRF team reached the spot where water with full flow was entering the said village after one bank of the Nallah was breached and there were apprehensions of major damage to property and lives of the said area. With strenuous efforts, the water was diverted in the main stream (Booche Nallah) which not only retarded flood water from entering into the said village but safe guarded the property and lives of the said area.

Similarly in Budgam, following distressed call from resident of Reshipora Budgam that due to the over-flow of Bemina Canal that enplace the tents of nomadic families at Reshipora Budgam & overnight heavy rainfall have caused the destruction in their tents, a police party of PS Budgam rescued and relocated the stuck nomadic families to safer places.

In another action, PS Beerwah received a distress call from residents of village Ohangam regarding flood like situation/water logging in some houses due to blockade of pipes that function as bridge on Chewdara-Ratsun Road, PS Beerwah rendering helping hand managed a JCB & cleared the blocks of Nallah at various locations.