Working Women: From the Kitchen to the Hustle 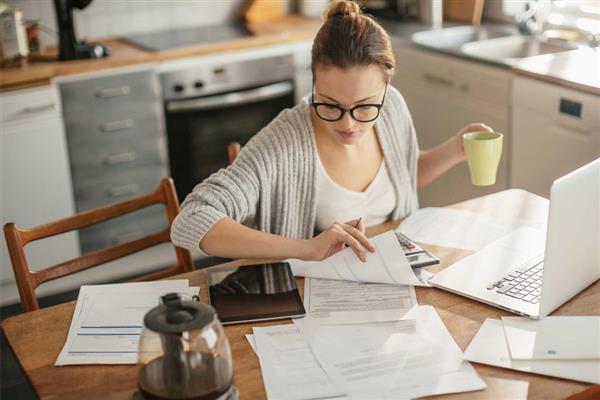 “Work-life balance” is considered to be one of the major issues that play a vital role in the success of the individual. However, for working women challenges are manifolds as women feel the pressure not only from their work places but also from their families. To address the burning issue, there is a need for supportive management in order to minimize the work-life conflict. On the International Women's Day, Rising Kashmir’s Correspondent Riyaz Bhat spoke to few women professionals to understand the manner in which women try to maintain balance between their work and family lives.

For Rehana, teaching students is merely not a job but an emotion as well.

“To me teaching is not just a profession .It is an emotion. A Passion,” she said.

Rehana is posted at Islamia College of Science and Commerce. She says, “Teaching is a platform which does not just help us to shape the minds of young people but it leads to our personal and emotional growth as well.”

The mother of three daughters also said, “When my days as a teacher are through, I know that the good I have done will live on in my students and everyone they touch along their own journeys.

She says that it is her real power and success.

Sharing the flip side of being a mother and a professional teacher, Rehana said that the efforts a female has to put in to balance between the work and family is exhausting.

“My each day begins with a resolution and balance which is impossible for the common man,” she said.

Rehana says that on some days she has to focus more on her own lectures and other work assignments while on the other days she focuses on managing her home.

“Thus I am constantly failing on one front or the other since there is a trade-off between being a good teacher or a bad parent or vice-versa. It is more of an identity crisis,” she said.

Rehana said, “Since child care, home chores etcetera continues to be a women’s domain in patriarchal societies like ours, the government needs to come up with facilities like child care centres at work.”

Another teacher, Shugufta Tasmeen says that the primary role of a teacher is to deliver classroom instruction that helps students learn.

“Ability to understand students' mental and emotional needs make women a better choice for teaching them in schools,” she said.

Posted at Government Higher Secondary School Karimabad Pulwama, Shugufta   says that being a mother or a daughter, the female teachers have a better understanding of child psychology.

“However, exceptions are always there. Not just as teachers, women play a pivotal role in counseling the students,” Shugufta said.

Stating the findings of one of the studies conducted in the United States (US), she said that the girls in a school with female teachers in both primary and middle school see their teachers as more caring and as more helpful in clarifying content.

“Another finds that girls with female science teachers are more likely to view science as useful for the future. Female teachers are a better influence than male teachers are on girls as they get to view patriarchal society in a better light. Girl students get inspired thus helps in women empowerment,” Shugufta said.

Sharing the challenges and odds for being a female tutor, Shugufta said that despite all the influence and pros, females face a lot of difficulty in the education sector.

She says that the characteristics of women’s way of working, leadership styles and skills are often undervalued.

“Despite some outstanding examples of individual achievement of Indian women and a definite improvement in their general condition over the last century, it remains true that Indian women still constitute a large body of underprivileged citizens,” Shugufta said.

“Being a woman itself poses various problems to an individual. The problems of Indian women pertain to her responsibility towards family, society and lion work,” Shugufta said.

She further added that the women belonging to rural areas have to suffer even further with tough resistance from men.

“They are considered as helpers. The attitude of society towards them and constraints in which they have to live are not very conducive. Apart from these basic problems, other problems faced by women are family ties, male dominated society, social barriers, and exploitation by men,” Shugufta said.

In the meantime another government teacher, Rohaya Ali says that education is generally seen as the foundation of society which brings economic wealth, social prosperity and political stability.

“It is a basic human right accessible to all genders or sexes. Across the globe, education is viewed as a necessity yet millions of women remain illiterate because of poverty, social stigma, prejudice, lack of resources and much more,” she said.

Rohaya believes that the women have suffered for years altogether at the hands of men.

“In earlier centuries, women were treated as almost non-existent. As if all the rights belonged to men, even something as basic as voting. Both men and women cover the population of the world,” she said.

The government teacher says that everyone should understand that both men and women are like the two sides of the same coin. “One cannot exist without the other because women give birth to the next generations.”

Rohaya says that education is a milestone of women empowerment because it enables them to respond to the challenges, to confront their traditional role and change their life.

“Education of women is the most potent tool to change their position in society that brings a reduction in inequalities and functions as a means of improving their status within the family and develops the concept of participation,” she said.

The teacher also says that the women play an imperative role in making a nation progressive and guide it towards development. Women education refers to any form of education that aims at improving the knowledge and skill of women and girls. “It includes general education at schools and colleges, vocational and technical education, professional education and health education etcetera.”

Rohaya believes that the social and economical development of a country largely depends upon the education of women.

“Educated women not only tend to promote the education of their girl children, but also can provide better guidance to all their children. Furthermore, educated women can also help in the reduction of infant mortality rate and growth of the population,” she added.

Rohaya says that the education of female folk is critical to the nation’s entire development. “It’s similar to an effective medicine that may know how to cure a patient and recover their health. A well-educated lady is capable of managing both her personal and professional lives.”

She says that the role of women in the education system can play a big part in society.

“Studies have shown that the rate of economic growth from women’s education matches with those from men’s education. Educated women are weapons who yield positive impact on the society through their contribution at home and professional fields. Therefore, they need equal opportunity to participate in the development of a nation, hence get the scope of education,” she said.

“This saying is true because the contributions of women to the overall development of nations cannot be overemphasized. Education for women is a key to improved family health and socio-economic status of the society; it is a veritable agent of change for the better,” she said.