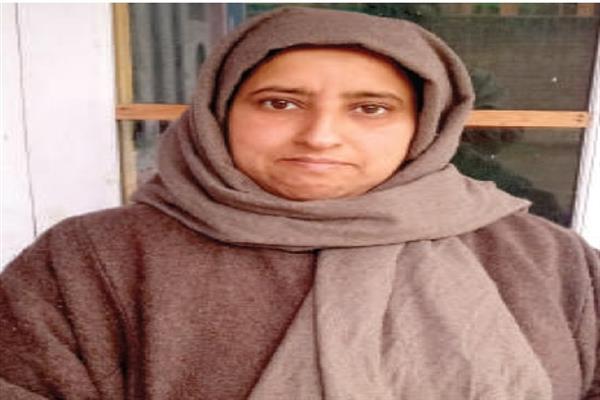 Many Kashmiri entrepreneurs have shifted to sheep farming as the prices of mutton and demand for the same is sky-touching. These factors might have prompted this extraordinary conversion of people shifting from simple sheep rearing to sheep farming.

Living in the small village of Sheikhpal Watrina Bandipora, Mumtaza Begum (33), started her sheep farm. At first, she had a hard time persuading his family for the same.

Speaking to Rising Kashmir, she said, "I started my venture with 8 sheep," and presently, I have more than 200 sheep in stock, and the number of livestock is continuously increasing.

Now everyone at home is satisfied with her work.  To avoid any infections to her sheep, Mumtaza puts a lot of effort into their maintenances and takes extra care.

“Fortunately, I have never faced such an issue since. In the next two years, I am expecting 400-500 sheep on my sheep farm.”

Mumtaza believes that getting only after government jobs is never an only option rather people should try establishing their own units. “Rather than a job seeker, we should try to be a job giver,” she said.

“I believe that if one can work hard and give time to their abilities, there will be no unemployment in the coming years. But unfortunately, we have always been dependent on government jobs. If government is advertising 100 posts, we see more than a lakh people are applying for the same.”

Mumtaza has never thought of doing a government job. “This business has raised the hopes of many people in my locality, as many people have started to follow me.”

Mumtaza urged the youth to stand on their own and become their bosses. “Don't be dependent on others. There will be no job crisis the day our youth would start their own businesses. But our younger generation must remain patient and work hard,” Mumtaza said.

Initially, Mumtaza too had many apprehensions, but she never allowed these thoughts to make permanent space in her mind.

“Before starting this business, I was doing "tilla work," (decorating Kashmiri traditional pherans), but that was very hectic and I wasn't getting much from it.”

Later, it came to her mind that she should do something that had a good profit, and she conveyed the idea of sheep farming to her husband, Fayaz Ahmad Wani. Initially reluctant, finally he agreed.

Now her yearly turnover is around 13 lakhs and, keeping all the expenditures aside, she has a saving of three lakh rupees per year.

“Recently, I gave 20 sheep to the department and sold dozens of others. Directly or indirectly, this business has become the livelihood for many people. In addition, I have three permanent employees who take care of these sheep.”

Mutton demand in Jammu and Kashmir is surging, with yearly consumption up 130 lakh kg in the last four years. J&K eats 600 lakh kilogrammes of mutton per year on average, with 350 lakh kilogrammes imported from neighbouring states. These figures alone plainly show that mutton providers in the state of Jammu and Kashmir have a lucrative opportunity.

In September last year, wool was priced at 893 Rs per kg in India, while sheep's milk has a good price also.

“My husband, who is working as a contractor, is ready to give up his job and to join me in the venture, as he has come to know that there is good profit in the business and less tension in managing affairs,” Mumtaza said.

She said, "We have to manage these sheep in winter only, and it costs us around 2.5 lakhs in these months." The rest of the year, we keep them outside for grazing.

“I enjoy it that I am not dependent on anyone in these times, and have been happy about doing this business. There might be some people who can taunt me but I am glad about doing it. I believe if only 10-15% of the population could become entrepreneurs, it would end all the unemployment here.”

Her husband, Fayaz Ahmad, told Rising Kashmir that he is much inspired by his wife. He credits his wife and lauds her for managing the children and other family affairs as well.

“At first, she was a bit worried about how to tackle this business since it was completely new to her. For her, there was one positive point. That was that she never said no to any work,” said Ahmad.
Ahmad further stated that he is also preparing himself to enter into this business. “There is a good profit, and we are planning to buy more livestock in the coming months.