Winter in Kashmir: Traditions and memories

Things are changing fast in this technology driven age. Cultures are changing and evolving, but in Kashmir winters are true repository of several cultural traditions 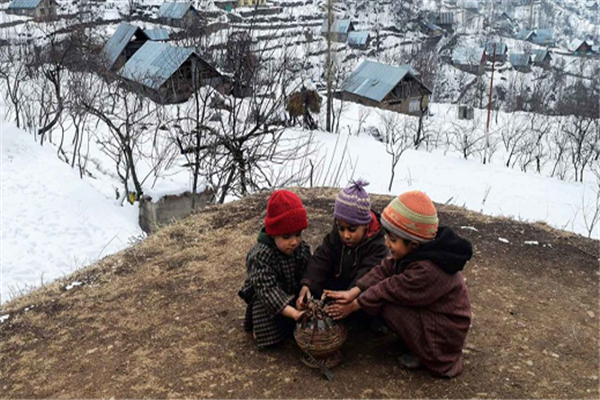 For poets and literalists winter has been a polarizing season, some love it and some hate it. But winter is interesting and one can’t be indifferent towards winter. Winter poems, stories and art often involve grim gathering, misery and death. The literature mixed with grief and humility can readily take a readers breathe away. William Blake’s poem “To Winter” conveys a negative depiction of winter. His plot of winters is an evil monster, which takes pleasure in torturing people and watching them suffer. E.A Robinson in “New England” puts it, “joy shines in the corner where she knits and conscience always has the rocking-chair”.

Winters in different parts of world vary drastically. In some parts winters host extreme weather and in some places winter is pleasant. Winter chill is pleasant in tropical areas. In places like Delhi, Jaipur, Mumbai etc. winters may mean crisp and cold air, hot cups of tea, walks in and around parks and enjoying the benevolent sun. But our winters have a different story to narrate.

In Kashmir winter sky is mostly shaded grey, presenting a pall of gloom. People have to start preparing for harsh winters well from October. The idea of winters is always at the back of mind even in peak summers. The economy, agricultural patterns and traditions here are mostly guided and influenced by the winters. Throughout the world the advancements in technology have radically changed the lifestyles of people. Economy, agricultural methods and patterns have been evolving but in Kashmir the harsh winters along with lack of facilities to deal with them have somehow compelled the inhabitants to adhere to age old traditions.

More than any other season winters seem to have a profound impact on our lifestyle and culture. Winters here are stepped in traditions and memories. The only mesmerizing things in winter maybe a walk in uplands where wintry woods, leafless stalks , cawing crows and the windy solitude in the air welcomes the wanderer. Those first flakes of gathering snow and the whirling snow drops from the sky truly mesmerizes everyone.But all the enjoyment vanishes once heavy snow has accumulated and it brings life to a standstill.

The Pheran and kangri has stayed here for long and seem to live with us till doomsday. They may have evolved with time but the real essence of traditional pheran and kangri is hard to be trampled with any form of cultural onslaught, thanks to the winters which doesn’t allow us to leave behind these Kashmiri cultural trademarks. People cherish Kangri and Pheran as a symbol of culture and tradition. If given an option between choosing Kangri, Pheran and modern day heating appliances and international winter clothing brands from Ooshin to Quechua, common people will preferably choose the former owing to the economic vialbity, sense of intimacy with tradition and the harsh realities of lack of facilities like power cuts etc.

Many traditions like weaving of rugs and grass mats in winters and wooden sandals may have vanished due to changing lifestyle, but some age old traditions like sun dried vegetables from tomatoes and brinjals, sun dried fishes etc still find a place in different parts of valley.

Things are changing fast in this technology driven age. Cultures are changing and evolving, but in Kashmir winters are true repository of several cultural traditions. Call it a blessing in disguise, the harsh nature of winters have somehow kept people adhered to several age old traditions and customs, which otherwise would have vanished long ago.

(The Author is a Writer and Columnist