Why kids in Kashmir should learn coding 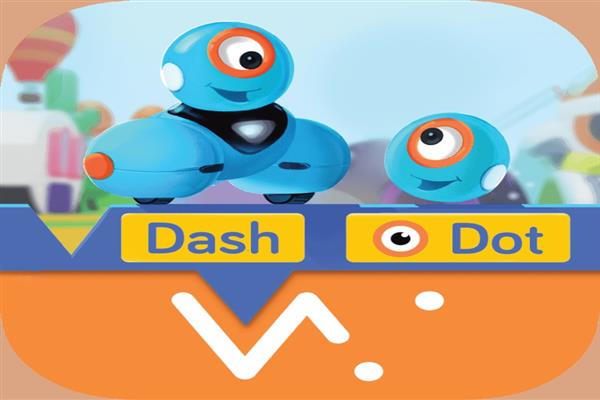 Coding is the language of the twenty-first century. Also called computer programming, coding is the language of how we communicate with computers. In this language, code is an instruction that tells the computer what actions to take and writing new code is simply creating a set of instructions. One who is equipped with knowing how to write code can tell computers what to do and how to be faster. So, in essence, code is a language that controls the world of computers and subsequently all computer-generated technology.

Coding at the core of all things cool on the internet?

Coding is essentially a skill on how to make everything on the internet—especially websites and apps. It helps us to process data and do many other cool things.

Like any other part of the world, Kashmir is also embracing the digital age with open arms. Notwithstanding the constraints on internet services, businesses in Kashmir are increasingly relying on the internet to sell their products, increase their customer base, and expand their business.

As computer and information technology jobs are growing incredibly fast in the world, having coding skills can make one equipped with being able to execute these jobs well.

Yasir Zargar from Mattan, Anantnag, is a web cyber-security analyst. His IT Company Shafara Creatives has built several online businesses in Kashmir. Talking to Rising Kashmir, Zargar said, "Coding has become an essential skill for kids to learn in this day and age."

"Coding helps children to be able to visualise concepts practically, for example applying math to real-world problems. This helps better understand how the little formulas of addition and subtraction work. Coding adds fun to the lives of children embedded with analytical thinking and creativity," he said.

In computer terminology, there are different types of different code and it depends on what you want to develop. Different programming languages have their own set of rules. Coding is giving instructions to a computer to produce the desired outcome.

Zargar said that current times (especially in Kashmir) "are dependent on applications that run on thousand lines of codes."

"The world is moving towards the era where there will be more dependency on IT and we need to prepare ourselves at the earliest," he said.

Coding is nothing but a combination of computer languages. "It is important for our children that if they learn how to do the coding that they can learn how to counter growing challenges in the field of internet technology," he said.

Zargar is of the view that knowing coding at an early age can help children learn languages, creatively implement maths and create a better internet world.

Zargar believes that in the current world driven by technology, creativity is an essential quality to have to succeed. "Coding is a good means to understand what creativity means. Long lines of code give a small interface to the front and knowing how this works is beautiful for the kids to learn," he said.

"With coding, we are exposing our children to the basics of creativity," he said.

To learn to code, kids can give an hour of their time every day for it. One can learn anything on the internet these days. Coding is not an exception. There are multiple videos to learn coding and some of these are very simple.

One can find many apps on the internet to learn to code. One of the most popular apps that kids can install on their phones is the "Code Karts - Pre-coding logic" app. The app is available on App Store and iOS store. It is easy on the hands app that kids can install on their devices and learn how to code. It builds skill and creativity in the kids. The app is all about racing cars around a custom-made track. One of the fun things about this app is that it is a game and children will think they are playing a game but they will be learning to code. The game is simple yet intuitive and can guide a kid to learn to be creative. It is an app where kids as young as 1 to 5 can learn things without having to have learnt how to draw.

Another cool app where kids can learn how to code is "Think and Learn: Code-a-Pillar". The app is available on Android and iOS platforms. The game is for 3 to 6-year-olds. The game is simply about a caterpillar, who is brightly coloured, that teaches young children the art of sequencing through a drag and drop style game. It is experimental and interactive and kids will love this game.

Another app that teaches kids to learn to code is Dash and Dot. The app is available on Android and iOS platforms. Kids from 6 to 12-year-olds can use this app to learn to code. In the game, there are several coding robots. Why this app is considered best by developers is that it is versatile, having options to command with sounds and timers. The purpose of the game is to make tech knowledge accessible for all ages of children. It is a voice-activated game that can navigate objects.

Yet another app that can be a good tool to learn to code is Cargo-Bot. It is an app available on iOS and Android. The game is for 10-year-olds and up. Cargo-Bot is a puzzle game. The game is very simple. The user has to use a robotic arm to move coloured boxes into set designs. One of the fun things about the game is that it is visual and doesn't involve writing code. Sequencing is an essential skill to learn in coding. By using Cargo-Bot, children can learn to sequence by choosing the actions of their robotic arm and putting them in the right order. Another challenge for the kids while playing this game is to do it as few steps as possible. The score of the game is determined by how short you can make the code. Cargo-Bot is a skilful game whose purpose is to teach students and kids what are the simplest solutions to problems. It can teach kids concise thinking.

For the kids who are aged fifteen or above, Grasshopper. The game is available on iOS and Android. The app teaches JavaScript through mini-games. It is an app created by Google. The game comes in two modes. The first one is for those which offers courses for brand new coders and another version is for those who are advanced coders. For beginners, the app will teach them through a set of slides that explain the basics of coding. The game also teaches puzzles. These puzzles teach kids various coding terms like variables, arrays, conditionals, strings, loops, operators, functions, and objects. The best part of the game is the quiz at the end of each section. This quiz ensures that those who play the game have learnt the basics.

For Zargar, learning to code with apps is a fun way to learn to code. "These apps are fun and creative. But what is more important is that there is consistency while you are on these apps. You have to do it every day," he said.