Why Do Women Alone Bear The Challenges Of Pregnancy And Childbirth?

Pregnancy is the joint responsibility and women by carrying the baby are doing her part. Men need to understand her condition by providing necessary support and give her strength 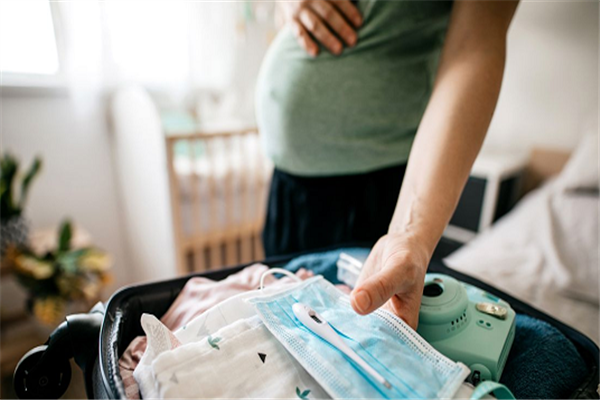 “In my entire pregnancy my husband never accompanied me to the doctor. He even does not know where the clinic is located. I visited clinic alone and sometimes with my mother. Although my husband remains busy with work he often spares time for visiting relatives and for taking his parents to doctor”. The statement recorded by one of the respondents depicts that we often place the heavy burden of pregnancy from conception to birth on the shoulders of women.

Pregnancy often comes with some physical and mental issues and because of medicalization of pregnancy women’s body is continuously regulated, touched, monitored by medical officials and thereby makes pregnant women more prone for social, emotional, physical and financial support. It took both male and female to make the pregnancy and both of them have responsibility for the health of the women and the outcome of pregnancy but cultural values often visualises pregnancy and childbirth as the primary responsibility of women and not of men.

In our society men are often associated with logic, rationality, domination, strength, authority and are expected to be the breadwinners. Women, on the other side, are expected to be the nurturer, loving, and caregivers. Because of these gender roles pregnancy and childbirth are considered feminine which obstruct men’s path in sharing equal responsibility of pregnancy and childbirth and in providing support to their women during pregnancy. Support is largely defined here in terms of ‘taking care of pregnant wives during illness, showing affection and care, reminding them of clinic days, giving them reminder for taking medicine, assisting them to clinic for antenatal care, facilitating transportation, providing financial assistance, good food,’ etc.

“Pregnancy is largely women’s issues, what men have to do with this”;“since it is the women who remains pregnant, it is largely her responsibility to look after herself during pregnancy”;“we earn for the family and remain busy with work, how can we assist our pregnant wives” are some of the statements recorded by male respondents. Socially the idea of attending antenatal care with wife appears strange to many men. Men often assume that issues in the clinic are for women and therefore their presence there is irrelevant. Also men prioritised other roles over supporting their partners.

As a part of many cultures, pregnant women are often forced to stay at their parent’s home. “Due to my pregnancy, I was not able to perform household work actively and my mother-in-law decided to send me to my mother’s home. During that period my husband hardly provided any financial support to me.”Another respondent said that “I decided to visit my parent’s home because I didn’t receive any care in my husband’s home.” When women become pregnant she is considered a burden which is transferred to their parent’s home for receiving support and care. Pregnancy is the joint responsibility and women by carrying the baby are doing her part. Men need to understand her condition by providing necessary support and give her strength. However, most of the men believe that showing care and emotional support towards their pregnant wife is embracing and is something which will not be appreciated by their family members and can go against the so called definition of masculinity.

In patriarchal settings, there are strict gender roles which are often adhered to and a high degree of conformity to stereotypical gender expectations takes its toll on both men and women. For example in 2017 study conducted by Maternal Health Task Force and Health reported that maternal mortality is one of the leading causes of death of women in India and listed lack of support from husband and other family members as one of the factors responsible for maternal mortality in India.

To sum up it can be said that set of expectations and roles associated with mother and father are socially constructed to serve the patriarchal ideology. They are artificially created and aren’t normal and natural and can be changed. In our society men are not socialised from childhood into a role of the husband and father just as women are being socialised and prepared for the role of wife and mother. There are no comparable toys such as dolls which give small boys a future model of fatherhood.

Many studies have reported that women who receive strong social support from their families especially husband have better maternal health outcomes and remains protected from sharp increase in a particular stress harmone, making them less likely to experience depression during and after pregnancy. Given these facts there are need of policy interventions which can show-case that pregnancy and childbirth as a shared responsibility and not of women alone.