What is going on in that Beautiful Mind? 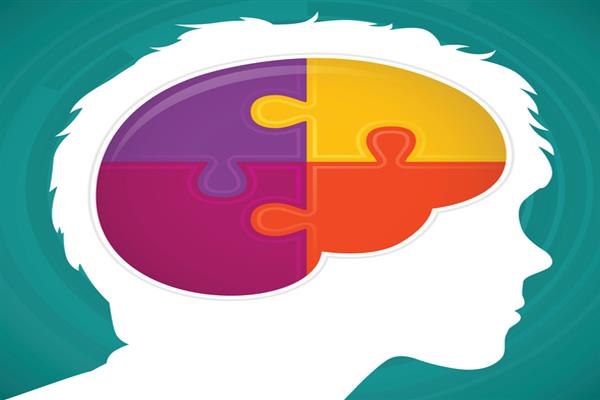 Autism spectrum disorder (ASD) or Autism is a neurodevelopmental disorder, which means that it impacts how a child develops. ASD has been diagnosed more often in boys than in girls, with a sex ratio of 3 (boys): 1 (girls). According to estimates from the CDC the current prevalence is 1 in every 54 children in the United States but it has been seen increasing rapidly. The increase in prevalence can be attributed mainly to increased awareness amongst professionals and access to treatment facilities.

Even though there has been a vast increase in the number of cases being detected, majority of people with autism in India, especially adults, still remain undiagnosed, and do not receive the services they need. People with autism have symptoms or difficulty in three areas such as Social interaction, Language as used for social communication and Repetitive interests or behaviors.

Signs and symptoms of Autism

• Not able to use gestures or facial expression.

• They have difficulty in understanding the emotions and feelings of others.

• They have difficulty in playing with same age children and are not able to make friends.

• They have problems like lack of speech and/or slowly learn the language.

• They have difficulty in communication.

• They repeat words or actions /movements.

• They play with same item or toy/same game or talk about the same topic repeatedly.

• They can get easily irritable and aggressive.

• They have temper tantrums.

• They can be inattentive or hyperactive or both.

• They are rigid to their routines.

• They have sleeping problems.

Parenting a child with Autism is a stressful and challenging experience particularly in countries where supportservices are limited.

Challenges faced by the parents of children with Autism

• In public place when people approach you and ask about your child and which sometimes increases a sudden emotional outburst in the child.

• When you are in a restaurant he may get agitated to see a particular colored food and refuse to eat a single bite.

• When your child exhibits unusual behavior in public- such as inappropriate touching, flapping hands, speaking about one’s appearance, obsession with an item, extreme dislike or affection towards an object, and others.

• You have difficulty in accomplishing the daily choreswhen your child has suchspecial abilities.

• You have disturbances in sleepas your child has the same.

• You may get frustrated due to the repetitive questioning of your child who at times make you angry and may end up harming your mental peace and health.

• You always have that sense of hopelessness since your child’s achievements cannot be measured using the same yardstick as other children and sometimes you may feel you are not doing enough.

Seeing aforementioned challenges you may feel hopeless and feel that every door is closed. But don’t lose hope and remember that in numerous ways your autistic child is different and has special abilities. But parenting a child with autism is one of the most difficult and confusing roles in life. Experts believe that parent-mediated intervention during the preschool years can enhance life skills of children with autism, improving their quality of life.

• Don’t blame yourself for your child condition.

• Don’t ‘give in’ to tantrums and behavior excesses.

• Don’t rearrange your whole life around your child.

• Explain your desired goals and how you believe your child is progressing.

• Do learn to reinforce positive behavior.

• Be patient and stay positive yourself.

• No matter how exhausted you are, get your child out in the community. It will help set them up for a lifetime of being able to try different things.

• Try to find parents of kids with your kid’s level of autism as you’re making friends.

• You need a night off from autism once in a while. Even if it’s for a few hours, a break will help.

• Educate your friends and family as to what’s going on in your household.

• Teaching the child about appropriate behavior as occasions arise, and showing them what a better reaction looks like.

• When a child becomes aggressive, use different methods such as “time out” or give them their favoritetoy to distract them for some time.

• Always communicate through photos, video, or a recording of step-by-step instructions teach them good behaviors.

• Do not feel awkward being around a child with autism.

• Understand that autism does not look the same in every individual.

• Love your children and understand that they have their own way of being smart.

• Cut your stress by meditation, exercise, reading a good booketc.

Autism is not a parenting failure

You have done nothing wrong but surely you will need more patience, time and support. With good family and social support and professional intervention, your child has a great potential and will have a happy and fulfilling life.

Most important thing to do is get your child assessed regularly by a psychiatrist or a psychologist. Never believe Google for every treatment instead look for professional help for your child.