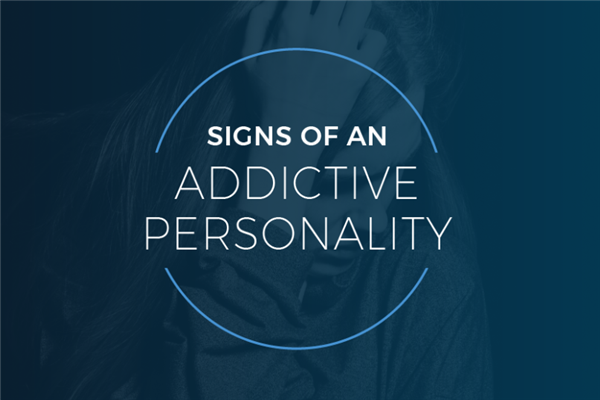 Addiction has come to refer to a wide and complex range of behaviors. In addition to familiar addictions, such as alcohol dependence, drug dependence, and smoking, addictive behavior has also been associated with food, exercise, work, and even relationships with others (codependency). Some experts describe the spectrum of behaviors designated as addictive in terms of five interrelated concepts: patterns, habits, compulsions, impulse control disorders, and physical addiction. Compulsions differ from patterns and habits in that they originate for the purpose of relieving anxiety. Impulse control disorders, such as overeating, constitute a specific type of compulsive behavior that provides short-term gratification but is harmful in the long run. In contrast to these various types of potentially addictive behavior, physical addiction involves dependence on a habit-forming substance characterized by tolerance and well-defined physiological withdrawal symptoms.

In spite of the variety of activities that can be considered addictive, people who engage in them tend to have certain attitudes and types of behavior in common. An addiction is generally associated with relieving anxiety or blocking out other types of uncomfortable feelings. To a greater or lesser extent, people engaged in addictive behavior tend to plan their lives around it; in extreme cases they will do almost anything to obtain the substance or engage in the behavior. The addiction makes them neglect other areas of their lives. They are commonly secretive about it, either out of shame or to protect their access to a substance. When confronted, they generally deny that they have a problem, although privately they regret their addictive behavior, which in many cases they have tried without success to discontinue. They tend to rationalize engaging in the behavior and tell themselves they can stop whenever they want. They may also blame others for their addiction and often experience frequent and uncontrollable moodswings.

Substance abuse and dependence (substance-related disorders) are among the psychological disorders in the list of major clinical syndromes found in the American Psychiatric Association’s Diagnostic and Statistical Manual of Mental Disorders. Alcohol, which is classified as a depressant, is probably the most frequently abused psychoactive substance. Alcohol abuse and dependence affects millions of people across the globe. An alcoholic has been defined as a person whose drinking impairs his or her life adjustment, affecting health, personal relation- ships, and/or work. Alcohol dependence, sometimes called alcoholism, is about five times more common in men than women, although alcohol abuse by women and by teenagers of both sexes is growing.

When blood alcohol level reaches 0.1 percent, a person is considered to be intoxicated. Judgment and other rational processes are impaired, as well as motor coordination, speech, and vision. Alcohol abuse typically progresses through a series of stages from social drinking to chronic alcoholism. Danger signs that indicate the probable onset of a drinking problem include the frequent desire to drink, increased alcohol consumption, memory lapses ‘blanks’, and morning drinking. Among the most acute reactions to alcohol are four conditions referred to as alcoholic psychoses: alcohol idiosyncratic intoxication (an acute reaction in persons with an abnormally low tolerance for alcohol); alcohol withdrawal delirium (delirium tremens); hallucinations; and Korsakoff’s psychosis, an irreversible brain disorder involving severe memory loss.

Aside from alcohol, other psychoactive substances most frequently associated with abuse and dependence are barbiturates (which, like alcohol, are depressants); narcotics (opium and its derivatives, including heroin); stimulants (amphetamines and cocaine); antianxiety drugs (tranquilizers such as Librium and Valium); and psychedelics and hallucinogens (marijuana, mescaline, psilocybin, LSD, and PCP). While drug abuse and dependence can occur at any age, they are most frequent in adolescence and early adulthood.

The causes of substance abuse are multiple. Some people are at high risk for dependence due to genetic or physiological factors. Researchers have found the sons of alcoholics to be twice as prone to alcoholism as other people. Among pairs of identical twins, if one is an alcoholic, there is a 60 percent chance that the other will be also. In spite of an apparent inherited tendency toward alcoholism, the fact that the majority of people with alcoholic parents do not become alcoholics themselves demonstrates the influence of psychosocial factors, including personalityfactors and a variety of environmental stressors, such as occupational or marital problems.

Variations in the incidence of alcoholism among different ethnic groups show that social learning also plays a role in addiction. Parental influence, especially in terms of modelingthe use of alcohol and other drugs, has a strong influence on the behavior of children and adolescents, as does peer behavior. Although positive experiences with one drug may lead to experimentation with another, the ‘stepping stone’ theory of drug use— for example, using marijuana leads to the use of hard drugs—is highly speculative as the majority of marijuana smokers do not go on to use other drugs. Only heavy marijuana use has been linked to the use of other drugs.

Not all-addictive behavior involves the use of drugs or alcohol. One such potentially life-threatening type of behavior is compulsive overeating associated with obesity. While obesity is viewed as a physiological condition in some cases, it is commonly linked to a long-standing pattern of overeating and an addictive relationship to food that can generally be traced to personality factors in combination with learned responses. Another type of non-drug-related addictive behavior is compulsive gambling. While about half of all persons engage in some form of gambling at some point in their lives, compulsive gamblers carry this activity to the extent that it disrupts their lives psychologically and financially.

Addictions are difficult to treat. Addictive behavior often involves long-term psychological problems or ongoing stressors in a person’s life. Rates of initial ‘cure’ followed by relapse are very high, and many consider recovery to be an ongoing, lifelong process. Physical addictions alter a person’s brain chemistry in ways that make it difficult to be exposed to the addictive substance again without lapsing back into addiction; abstinence is generally necessary for recovery from substance dependency. People addicted to a type of activity—such as compulsive spending or eating—from which it is impossible to abstain entirely must learn to understand and alter their behaviors.

The first step in the recovery process is admitting that there is a problem and seeking help. Biological intervention may be necessary, including medication to treat withdrawal symptoms and treatment for malnutrition. (Many heroin addicts are given methadone, a synthetic opiate that is addictive but less harmful than heroin). There are many kinds of psychological intervention available, offered in forms ranging from counseling to inpatient programs. Among the most effective are group therapy; environmental intervention (which deals with negative factors in an addict’s social environment);behavior therapy, including aversive conditioning; and 12-step programs based on the approach pioneered by Alcoholics Anonymous.

Box: The first step in the recovery process is admitting that there is a problem and seeking help. Biological intervention may be necessary, including medication to treat withdrawal symptoms and treatment for malnutrition.

(The Author is Medical Practitioner. He can be reached on: Mir.muzaffar@yahoo.com)