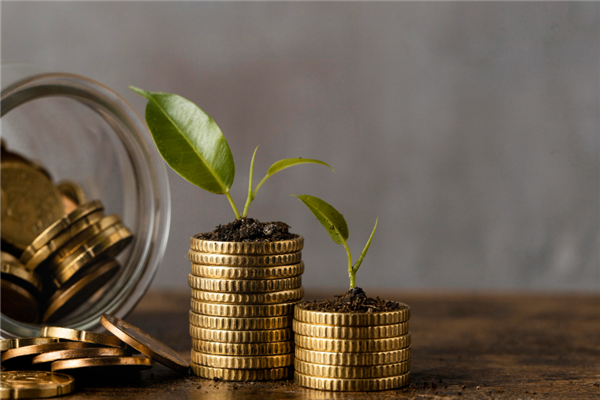 One of the 99 Names of Allah (SWT) is Ar-Razzaq meaning The Total Provider / The Sustainer. Allah (SWT) is the One who provides everything we need to live in this world. These are called Rizq generally meaning Provisions. Here are some ways to increase your Rizq:

“Ask forgiveness from your Lord, verily, He is Oft Forgiving; He will send rain to you in abundance. And give you increase in wealth and children, and bestow on you gardens and bestow on you rivers.” [Surah Nooh 71:10-12]

“…And whosoever fears Allah and keeps his duty to Him, He will make a way for him to get out (from every difficulty). And He will provide for him from (sources) where he does not expect…” [Surah at-Talaq 71:2-3]

Abu Hurayrah (RA) narrated that he heard The Prophet (peace and blessings of Allah be upon him) said: “Whoever would like his provision to be abundant and his lifespan to be extended, let him uphold his ties of kinship.”[Bukhari & Muslim]

“Say: “Truly, my Lord enlarges the provision for whom He wills of His slaves, and (also) restricts (it) for him, and whatsoever you spend of anything (in Allah’s Cause), He will compensate it. And He is the Best of providers.” [Surah as-Saba’ 34:39 and; The likeness of those who spend their wealth in the Way of Allah, is as the likeness of a grain (of corn); it grows seven ears, and each ear has a hundred grains. And Allah multiplies [His reward] for whom He wills. And Allah is All-Sufficient for His creatures’ needs, All-Knower. [Surah al-Baqarah 2:261]

Abu Hurayrah (RA) narrated that the Prophet (May the peace and blessings of Allah be upon him) said, “Allah says, O son of Adam! Take time out to constantly worship me, I will fill your heart with contentment, and remove your poverty, and if you do not do so. I will make your hands constantly occupied but I will not remove your poverty.” [Musnad Imam Ahmad, Tirmidhi 2466, Ibn Majah 4107. Authenticated in As-Saheehah 1359.]

Abdullah Ibn Mas?ood (RA) narrated that the Prophet (May the peace and blessings of Allah be upon him) said, “Perform Hajj and ?Umrah consecutively. Verily, the succession between the two (rituals) removes away poverty and removes away sins just as the bellows removes away the dross of iron and gold and silver. And a Hajj not mingled with a sin has no reward except paradise.” [Musnad Imam Ahmad, Tirmidhi 810, Nasa’i 2360 & 2361, Ibn Majah 2887. Authenticated in As-Saheehah 1200.]

Umar Ibn Al-Khattab (RA) narrated that he heard the Prophet (may the peace and blessings of Allah be upon him) say, “If you would trust in Allah as He truly should be trusted, He would surely provide for you as He provides for the birds. They set out in the morning with empty stomachs and return in the evening with full stomachs.” [Musnad Imam Ahmad, Ibn Majah 4164, Tirmidhi 2344. Authenticated in As-Saheehah 310.]

“And marry off the unmarried among you and the righteous among your male slaves and female slaves. If they should be poor, Allah will enrich them from His bounty, and Allah is all-Encompassing and Knowing.” [Surah An-Nur 24:32]

Umm Salamah (RA) narrated that the Prophet (may the peace and blessings of Allah be upon him) used to say, when he would pray the Morning Prayer, after making the taslim [saying Asalaamu Alaykum Wa Rahmahtullah to the right and then to the left] he would say, “O Allah, I ask You for knowledge which is beneficial and sustenance which is good, and deeds which are acceptable.” [Ibn Majah 926, 3843]

“And [remember] when your Lord proclaimed, ‘If you are grateful, I will surely increase you [in favour]; but if you show ingratitude, indeed, My punishment is severe.” [Surah Ibrahim 14:7]

Honesty and fairness in trade and business transactions

?akim ibn ?azim (RA) narrated that the Prophet (May the peace and blessings of Allah be upon him) said, “The two parties of a transaction have the right (to annul the contract) as long as they do not separate (from each other). So, if they were truthful (to one another), and honest in explaining (the defects of an item), then they will be blessed in their transaction. But, if they lied, and hid (the defects of an item) then the blessings of their transaction are destroyed.” [Muslim Book 10:3661]

“And do not kill your children for fear of poverty. We (Allah) provide for them and for you. Indeed, the killing of them is a great sin.” [Surah Al-Isra’ 17:31]