“That's one small step for a man, one giant leap for mankind”… Neil Armstrong 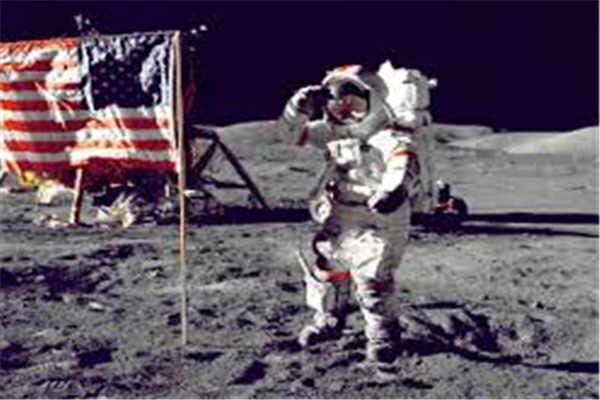 Finally, on July 16, 1969, Apollo 11 was launched from Cape Kennedy with three men aboard, Commander Neil Armstrong, Edwin Buz Aldrin and Michael Collins. The trip to the moon, combined with efforts to prepare for a lunar landing, took a little more than 100 hours. On July 20, the lunar module was launched from the command module with Armstrong and Aldrin aboard. It landed in the moon’s Sea of Tranquility. On July 20, 1969, American astronauts Neil Armstrong and Edwin Buzz Aldrin became the first humans ever to land and walk on the moon. It was a breathtaking engineering and logistical achievement.

About four hours later, Armstrong, 38 years old, stepped out, just before 11 p.m. ET on the 20th, a Sunday. He was outside for about 2.5 hours, with Aldrin, 39, joining him for about 1.5 hours. They were on the moon for 21 hours, 36 minutes (including seven hours of sleep) total before returning to orbit to rejoin the third member of the crew, Michael Collins, 38, orbited the moon while Armstrong and Aldrin landed on its surface. Venturing no more than 300 feet from the LM and working under a 200-degree sun, Armstrong and Aldrin -- like tourists everywhere -- took lots of photos and video, and gathered souvenirs in the form of moon rocks and soil samples. They also set up a couple of rudimentary experiments, one to measure seismic activity and another as a target for Earth-based lasers to measure the Earth-moon distance precisely, which returned data for 71 days. At 10:56 p.m. EDT, American astronaut Neil Armstrong, 240,000 miles from Earth, speaks these words to more than a billion people listening at home: “That's one small step for a man, one giant leap for mankind.” In describing the moon, Armstrong told Houston that it was “fine and powdery. I can kick it up loosely with my toe.” “It adheres like powdered charcoal to the boot,” he went on, “but I only go in a small fraction of an inch. I can see my footprint in the moon like fine grainy particles. It was really, really hot on the moon, 200 degrees Fahrenheit. We needed protection.

On July 20, 1969, millions of people gathered around their televisions to watch two U.S. astronauts do something no one had ever done before. Wearing bulky space suits and backpacks of oxygen to breathe, Neil Armstrong and Edwin “Buzz” Aldrin became the first human beings to walk on the moon. Neil jumped from the end of the ladder onto the landing pad attached to the end of the landing leg of the LEM. He observed how well the surface of the moon was holding up the LEM. He had to make sure the LEM was not sinking. When he stepped off, he kept his right hand on the bottom of the ladder and his right foot on the landing pad placing his left foot on the lunar surface. If he found that the lunar surface would not support his weight he would be able to pull himself back onto the landing pad. They were wearing new-fangled, water-cooled uniforms and didn't know how long the coolant would last. We didn't know how far we could go in our space suits.

The moon is not so forbidding as some feared. The men did not sink into any bottomless dust pits. Even their spacecraft dug in only about 3 inches. The men reported no meteorite downpours on the moon during their two-hour walk on the Iunar surface. They were not struck down by any radioactive "death rays," feared by generations of earthmen. The spacesuits were enough to protect the men from the searing 243-degree sun. The Apollo 11 mission showed that the Moon formed hot, that it was magmatically active for at least 800 million years, and that the surface-blanket of dusty rubble contains a treasure trove of evidence of how the Moon formed. Men can work efficiently on the moon. Astronauts Armstrong and Aldrin dispelled fears that explorers might not be able to control themselves in lunar gravity, where men “weigh” one sixth as much as they do on earth. They bounded around easily and confidently in their bulky spacesuits.

Apollo 11, the first manned lunar landing mission, safely returned to Earth on July 24, 1969, after a four-day mission. They left behind an American flag, some of the most famous footprints in history, a coin-size silicon disc etched in microscopic detail with messages from world leaders and a small plaque saying "We came in peace for all mankind." Aside from trash—from food packaging to wet wipes—nearly 100 packets of human urine and excrement have been discarded were also left there. The Apollo astronauts also dumped tools and television equipment that they no longer needed.

Out in space, away from Earth, there is no gravity holding astronauts down, so they float around in their spaceships. Sometimes called zero-g. The lunar module, Eagle, was so small that there was no room for seats. While Eagle dropped 60 miles to the moon’s surface, Neil Armstrong and Buzz Aldrin had to stand up. The landing site that Apollo 11 crew had chosen was an area called the Sea of Tranquillity, which looked smooth and safe for landing. This isn’t a sea as we know it. It’s a lunar mare – a large plain formed long ago by a volcanic eruption. When Neil Armstrong landed the lunar module, there were only 30 seconds of fuel left. Gravity on the moon is only one-sixth as strong as gravity on Earth. If you jumped on the moon, you’d go six times higher. While Neil Armstrong may have been the first man to set foot on the moon, Buzz Aldrin was the first man to go to the toilet there, using a special tube in his spacesuit.

The astronauts brought back 22 kilograms (almost 50 pounds) of lunar material, including rocks, modest core samples and that dusty lunar soil that's so great for making footprints. The sample included basalt (from molten lava), breccia (fragments of older rocks) and anorthosite (surface rock that may have been part of an ancient crust). Those moon rocks and other samples, from all the Apollo missions, helped scientists get a better understanding of the moon's origins.

Upon return to Earth, the astronauts were required to spend about 3 weeks in quarantine to prevent transfer of any potential space diseases. After this, the astronauts were welcomed home as celebrities with a huge ticker tape parade in New York. The White House wanted to show off the astronauts, so a worldwide tour was arranged, in which the astronauts went to England and met Queen Elizabeth II. The crew of Apollo 11 received the nation’s highest civilian honor, the Congressional Gold Medal. The astronauts received a variety of honorary degrees. Buzz Aldrin's honorary degrees include a Doctorate of Humane Letters from Thomas Edison State College. The University of Edinburgh granted Neal Armstrong an honorary Doctorate Honoris Causa. Michael Collins was awarded honorary degrees from six different universities.