From orphanage to RedFM 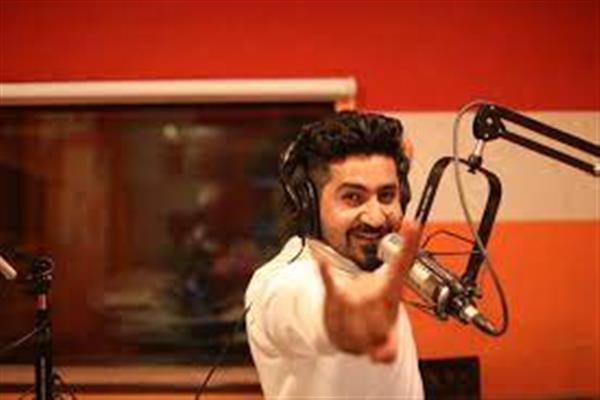 A sumo cab whistles past through the congested lanes of “Shahr-e-Khas” (Old City). The passengers in the cab are keenly listening to a local radio station where a radio jockey (RJ) is keeping them hooked with his casual rugged chat mixed with a dash of nimble wit.  The radio jockey is “RJ Rafiq”, who some also refer as ‘Ranveer Singh’ of Kashmir for his contagious energy he brings in his shows. In his brief stint with the radio station, Rafiq has become one of the most loved radio jockeys in the Valley.

Mohammad Rafiq Pir aka RJ Rafiq (28), comes from a humble background of Handwara. The RJ’s life journey so far in itself could be inspiration for many. Rafiq spent his childhood in an orphanage.

While Rafiq was growing, he used to amuse people by pretending to be an RJ with his toy microphone. Even at that young age, he had a knack to make people smile. For certain reasons known to Rafiq only, he downplayed his passion and talent for some time. But he never let this fire extinguish. He respected the institution he was in and directed his energy to keep the people around him happy and smiling.

“I loved listening to radio since childhood. I sneaked an old radio set into my room and would listen to it during the night. My favorite broadcast was Chart Buster on voice of America. In the morning I would put the radio back into its hiding place”, Rafiq said.

Rafiq continued his studies in the boarding facility and enrolled for a degree in humanities from a local college. In the mean time, Rafiq started working at a call center to have his financial needs met.

“Though we used to get pocket money from the facility, I wanted to have a glimpse of outside world so I joined a call center in Srinagar,” Rafiq said.

When Rafiq left the boarding facility, he was both jobless and homeless in a city that threw new challenges at him every day. He kept trying his luck and landed himself a small job at a local TV channel as a transmission expert. Rafiq worked at the channel for few years before he found his way back to his first love- Radio.

This drive and desire eventually manifested in professional work. The earliest example of this was his first foray into radio through a talk show. He was given a small role at the Radio Kashmir’s narration desk. Rafiq was subsequently given a spot overnight on the weekend where he could regularly work as broadcaster. Rafiq garnered huge appreciation for his work.

The spark of talent in this young lad made him to outshine others. Soon he was the new name for hosting mega events in the valley. A renowned 5-star hotel in the valley pursued him to be DJ for their weekend parties. Rafiq was getting famous, yet he never stopped to struggle to make his way into the field of his dreams that kept him awake every night. Eventually, the radio host decided to try his luck on a bigger stage and made his way to Red FM to see if he could make it in the larger entertainment industry. The answer to that question turned out to be a resounding yes. Early career successes saw him hosting a variety of shows including various non-traditional shows like “Velapanti” and social initiatives like “Bhadaas Box” at the Red FM.

RJ Rafiq has a variety in his shows. He guides his audience over social issues and guide youth towards positivity. Through interviews, social media interactions, and daily life, he tells it all from social issues, struggle of artists to the emerging music industry in Kashmir.

Besides, being a jockey, Rafiq has also tried his luck in acting. He was seen in recent Imtiyaz Ali’s ‘Laila Majnu’ movie. Rafiq has also acted in some music album where viewers appreciated his acting skills.

Rj Rafiq never fails to cheer us up with his humorous jokes. He continues to win hearts and infect people around him with his positive vibes wherever he goes. RJ Rafiq has surely come a long way with his determination and hard work.