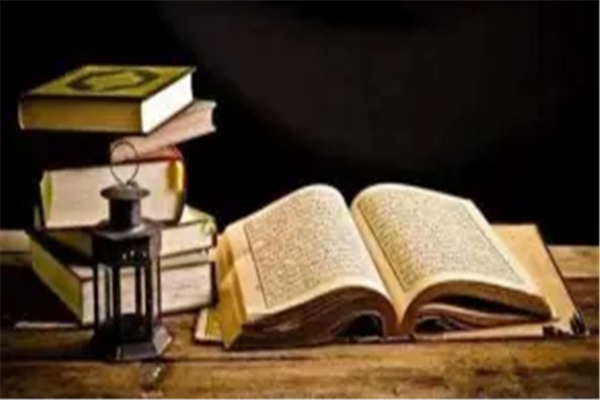 The most established five  fiqa’s of Islam are based on  true spiritual love called Ishiq  which  have played most significant and pivotal   role to strengthen  internal intellectual cohesion in various perceptions and Ideologies . These five basic jurisprudences followed by its believers have  made every student (Talib)  of Islam to  understand   Islam  through these most authentic Fiqa’s and  without any doubt all these five Fiqa emphasise on mutual unity, coexistence ,communal harmony, love for humanity, abhorring violence  and demonstrating  respectability for each  other’s  thoughts  .

Hazrat Imam Azam Abu Hanifa Al Nouman ibn e Sabith, was first to present various Sunni doctrines of Qayas, Ijma, Ijtehad and Uruf through his jurisprudence known as  Fiqa Hanfia.  At the same time Imam Sadiq ul Jaffar presented Fiqa Jaffari and both the Imam’s had intellectual cohesion. The dispels of Imam Azam including Imam Shafi, Imam Malik, Imam Hanbal also reproduced with little different innovative additions what Imam e Azam had presented through its Fiqa. All these five Fiqa were compiled within first century of Hijra therefore received authenticity and respectability from its respective followers.

From the fifth century of the Hijra to the present era despite the tragic   situations of various conflicts and rivalries majority of followers of these Fiqa have maintained an almost unfailing attitude of religious respect and brotherhood among themselves. It is a striking fact that virtually no religious wars, riots or persecutions divided them during this extended period, so difficult in other ways.

While describing   ideological unity in all religious movements the general sociological view, as expounded by Max Weber and his disciples, is that religions enjoy an initial period of unity, and then descend into an increasingly bitter factionalism led by rival hierarchies. Christianity, Judaism, Buddhism and many global religious movements which spread across the nations and civilizations are most obvious example of such ideological conflicts and divisions.

Islam was accepted by its followers as final religion and as such has been divinely secured from the more terminal forms of decay. It is true that what Abdul Wadod Shalabi has termed ‘spiritual entropy’ has been at work ever since Islam’s inauguration but Islamic piety, while fading in quality, has been given mechanisms which allow it to retain much of the sense of unity emphasised by great prophet .

The Prophet himself (SAW) had told his Companions, in a hadith narrated by Imam Tirmidhi, that “Whoever among you outlives me shall see a vast dispute”. Only the inherent sanity and love of unity among scholars of the ummah assisted and united ninety percent of the ummah for ninety percent of its history. As the age of the Righteous Caliphs came to a close, and the Umayyad rulers departed ever more conspicuously from the lifestyle expected of them as Commanders  the schools of fiqh  led by Imam e Azam Abu Hanifa from Sunni Perspective  and Imam Sadiq ul Jaffar  from shia  perspective came forward to ensure unity so that extreme damage caused by Umayyad caliphate by creating vengeful conflicts in Islam are neutralized .Fiqa Scholars succeeded in its missions as ummah supported Fiqa and distanced themselves from biased and sectarian approaches of Umayyad caliphate .

This interpretation of the rise of Imamism also helps to explain the second great phase of unity. It was one of the dispel and follower of both Imams of the time Hazart Abu Hanifa and Hazrat Sadiq ul Jaffar that  Abu Muslim of Khurasan province one of the brave Generals of Islam influenced by Fiqa doctrines  brought end to Umayyad caliphate dynasty and defeated last caliph Marwaan second who flew naked from battle field. Later he was lynched by masses to death in Egypt. Al Saffa of Hashmi Tribe was installed Caliph who shifted capital from Syria to Bhagdad. Both respected Imams Abu Hanifa and Imam e Jaffar, blessed Abu Muslim of Khurasan for bringing end to Umayyad caliphate.

Al Saffa was pious person and he provided full support to both Sunni and Shia Imam’s to propagate their Fiqa  but after his death his brother born from Berber woman Abu Mansur proved conspirator who assassinated Abu Mansur deceitfully by inviting him at his palace on dinner . Later he imprisoned both Sunni Imam Hazrat Abu Hanifa and Martyred him in prison while Imam Sadiq ul Jaffar was also martyred by similar forces as unity created by imam’s through Fiqa proved threat to forces of terror who were keen to capitalize wars and loots  of Maal e Ganeemat conducted through such wars for personal luxuries.

Mongol hordes under Genghis Khan were used by similar forces to destroy Islamic Fiqa, its literature along its followers.  The onslaught was unimaginably harsh   for instance, that out of a hundred thousand former inhabitants of the city of Herat in Khurasaan which was predominantly Hanafi Mongols put thousands of Hanafi followers in devastating fire and only forty survivors crept out of the smoking ruins of the devastation.

The terror  tidal wave of mayhem led by communist ideologue non believers of any God invaded Bhagdad and set entire Library with millions of Hanafi and Jaffari literature on fire. His terror forces slaughtered 12 lakh Hanafi muslims including last caliph Ahatisham in most cruel way unprecedented in horror history of World .Khwarjies was the force created during Umayyad rule who damaged Islam from inside and same Khwarjies played dirty role to guide Halqou Khan to set Bhagdad on fire and slaughter majority of followers of Imam e Azam inside Bhagdad in 1258 AC massacre. Savage Mongol terror Halaqou Khan killed 12 lakh Hanafies and destroyed millions of spiritual books.

Khwarjies also in order to create internal conflict between different sections of muslims created several hundred hadith to confuse Ummah. It was obvious that mischievous   approaches   adopted by Kharijites to pronounce unconfirmed hadiths and deriving doctrines and law from them directly never worked as established institutions of sunni and Shia Imams scrutinised each collection of Hadith before giving certificate of authenticity to any such references. The internal contradictions were too numerous, and the interpretations placed on them too complex, for the both Hanafi and Shia Fiqa scholars  to be able to dish out judgements simply by opening the Quran and hadith collections to an appropriate page therefore serious researches were conducted by most acceptable Imam’s.

The reasons underlying cases of apparent conflict between various revealed texts were scrutinised closely by them   often amid sustained debate between brilliant minds backed up with the most perfect memories. Much of the science of Islamic jurisprudence (usul al-fiqh) was developed in order to provide consistent mechanisms for resolving such conflicts.

The system developed by Scholars of Fiqa was that where ever Quranic and hadith texts appeared to contradict each other, the scholar must first analyse the texts linguistically, to see if the contradiction arises from an error in interpreting the Arabic. If the contradiction cannot be resolved by this method the scholars  assessed  the textual status of the reports, recalling the principle that a Quranic verse will overrule a hadith related by only one isnad (the type of hadith known as ahad), as will a hadith supplied by many isnads (mutawatir or mashhur).If, after applying all these mechanisms, the jurist finds that the conflict remains, he must then investigate the possibility that texts of comparative weaker Hadith was subject to formal abrogation (naskh) by the other. The best-known instance of this was the progressive prohibition of wine, which had been discouraged by an early Quranic verse, then condemned, and finally prohibited. The Hadith which were contradicting it were declared Nasakh.

Another example, touching an even more basic principle, was the canonical prayer, which the early ummah had been obliged to pray  only twice daily, but which, following the Miraj, was increased to five times a day. Mutah (temporary marriage) had been permitted in the early days of Islam, but was subsequently prohibited as social conditions developed, respect for women grew, and morals became firmer. Similarly Khwarji who tried to introduce adverse lines against Spritual sama failed to establish any strong commandment banning spiritual Sama .

There is the verse in the Quran (2:142) which commands the Muslims to turn in prayer to the Kaba rather than to Jerusalem. In the hadith literature this is even more frequently encountered; for example, in ahadith narrated by Imam Muslim we read: “I used to forbid you to visit graves; but you should now visit them.” Commenting on this, the ulama of hadith explain that in early Islam, when idolatrous practices were still fresh in people’s  memories, visiting graves had been forbidden because of the fear that Muslims might adopt old method of worshiping statute built on epitomes of such graves image of god which deceased was worshipping .  However Islam prohibited use of statutes so there remained no scope of having any image of statute of any God or Godess on epitome of grave of deceased .Therefore Great prophet issued clear command and permission to Muslims to visit graves and offer Fateh .As the Muslims grew stronger in their monotheism, prohibition  to visit graves was discarded as no longer necessary, so that today it is a recommended practice for Muslims to go out to visit graves in order to pray for the dead and to be reminded of the akhira.

It hardly needs remarking that although the Four Imams, Abu Hanifa, Malik ibn Anas, al-Shafi’i and Ibn Hanbal, are regarded as the founders of  four great traditions in Sunni Sect while Fiqa Jaffari is considered authentic in Shia Sect , which, were further  systematised by later generations of  respective Fiqa scholars.

The Sunni ulama rapidly recognised the brilliance of the Four Imams, and after the late third century of Islam we find that hardly any scholars adhered to any other approach and same is true with jaffari school of Fiqa. The great hadith specialists, including al-Bukhari and Muslim, were all loyal adherents of one or another of the madhhabs, particularly that of Imam Azam Abu Hanifa And Imam  al-Shafi’i. But within each madhhab, leading scholars continued to improve and refine the roots and branches of their school.  For instance, scholars of the school of Imam Abu Hanifa, which was built on the foundations of the early legal schools of Kufa and Basra succeeded to collect most authentic hadith which were not known to people of Bhagdad, Kofa and Basra. Keeping in view the spiritual heights of Great Imam, they immediately adopted the same.

Entire collections made by Fiqa Hanafi were copy pasted by Sahi Bukhari and Sahi  Muslim  with further additions of such hadith which were approved by Hanafi and other Three Fiqa Scholars so the entire collection became available to umah. Subsequent generations of Hanafi scholars took the entire corpus of hadiths into account as part of Hanafi  madhhab as all fiqa scholars are respected as part of ijtehad and Ijma. This type of process continued for two centuries, until the Schools reached a condition of Comprehensive knowledge, consensus of scholars and maturity in the fourth and fifth centuries of the Hijra.