One can approximate truth by taking into consideration the individual, the place, the time and the existing situation. An absolute view cannot help reach truth 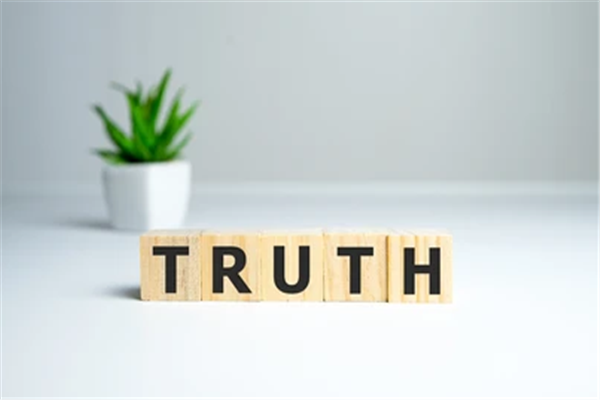 Truth is infinite. No single word or language can express even a part of it. We often state that the All-knowing can know but cannot express. That is why it has been said that which is capable of being intimated or announced is infinite. Even a part of it cannot be conveyed through speech. It is untrue that only that much is right as a man knows, or that only that which he knows is right and the rest is not right.

Similarly, how can it be maintained that only that which was known in the past is right and that all else is not? Did our ancestors ever say that they had discovered and expressed the whole truth and did they close all doors to future discovery of truth? It should be accepted that new achievements will continue to be made as long as the world lasts or man lives, or the soul is adored, or the truth is sought. With such a clear understanding there is no likelihood of the peace of mind being disturbed.

All these deliberations and discussions are one-sided. But life does not have only one aspect. While talking of mental peace, can the mention of food be avoided? Can a hungry man read? Can a thirsty man quench his thirst by enjoying literature? Once a patient set out on a quest of health, he visited physicians practicing different systems like Ayurveda, Homeopathy, Allopathy, Yunani and Naturopathy. Each one emphasized the importance of his system and decried the rest. I have myself heard the views of many Naturopaths. They feel elated in rejecting Allopathy.

I myself emphasized the Naturopathic system. But I do not like insisting on any one system. What will Naturopathy do where surgery is needed? Those practicing Ayurveda reject Allopathy. They say, 'Allopathic medicines suppress the disease and a reaction follows leading to the emergence of other diseases.' The Ayurvedic system tries to root out the disease, while Allopathy efforts momentary relief. While Ayurveda is capable of long-term treatment, Allopathy is capable of short-term treatment. One can approximate truth by taking into consideration the individual, the place, the time and the existing situation. An absolute view cannot help reach truth.

In practical life we are advised to speak neither truth likely to hurt others, nor untruth, but partial truth. Let me tell a story in this context. Once upon a time a one-eyed king invited a few painters. He said to them, 'The portrait you make should be beautiful and true but barely true.' He announced a prize of one lakh rupees for the best portrait. All the painters wondered how to fulfill the king's conditions. One of them having completed it took to the king, who saw it and said, 'The portrait is beautiful and lifelike but not true because it shows both the eyes normal.' To the other painter he said, 'Your portrait is beautiful and live, but it portrays the bare truth by showing me one-eyed.' The third made the king's portrait depicting the king stringing the bow so that one of his eyes got hidden behind the raised hand. The king expressed his joy at the portrait and rewarded him with one lakh rupees. The third portrait was neither untrue nor bare (a depiction of naked truth), but partly true.

Many people pride themselves on calling a spade a spade. Many people resort to untruth to please others. It does them no good. Partial truth is both acceptable and useful. Our viewpoint should be complete, harmonious and relative. A complete viewpoint is not far removed from truth. A garland is made of diverse ideas having a common thread running through them. If we cannot weave a garland, all the beads will scatter. I have no right to impose truth on anyone.  We should consider all thoughts in the light of the fact that no word, language or substance can explain truth fully. We should accept an idea as a qualified truth. Whatever comes complete is acceptable.

The sun sets and darkness spreads everywhere. In olden times oil lamps were used to light houses. Today electricity is used for the purpose. There can be many sources of light and they can be quite compatible with one another. But light is light. The sun gives light, so does the oil lamp. Truth is no different. Whether expressed by an All-knowing person or by a petty person, truth is truth. There is no difference. There can be a difference in quantity. If you consider the whole process in a holistic context I am sure you will not be deprived of peace of mind.