Tricolour hoisting is a voluntary effort 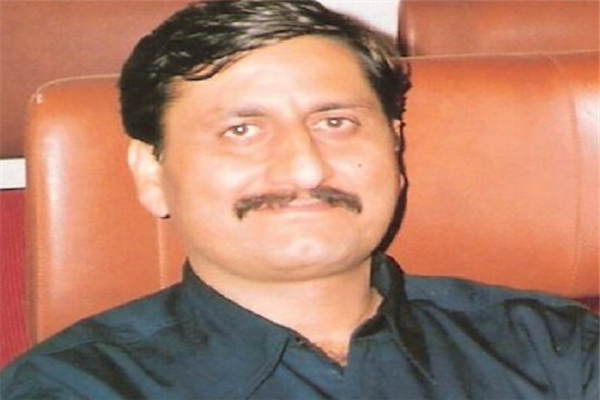 On the occasion of the 75th anniversary of our Independence Day, the call for hoisting the Tricolour, that is our national flag, is a very positive sign of inculcating the spirit of patriotism among the citizens of the country. Observance and celebration of the diamond jubilee of the Independence is indeed a very special occasion. Flag hoisting is always voluntary and can't be made a compulsory objective by the State. However, inspiring people and institutions to do so is definitely an obligatory duty of the government, political parties and the other social and cultural institutions and organisations.

Consequent upon the appeal made by our Prime Minister Narendra Modi and the Home Minister Amit Shah to hoist the flag from 13th August to 15th August 2022 on every housetop, some political leaders and the political parties tried to create some sort of controversy regarding the issue.  It is absurd to find fault with the intent of the State to ask people for hoisting the Tricolour. In fact, celebrations have started very early in this regard. Some voluntary groups, NGOs and a few political parties particularly the BJP have taken a big lead in this direction.

Tiranga-Yatras, Tiranga-bike rallies and some other such programmes have been initiated voluntarily by people and political parties all over India. The Union Territory of Jammu and Kashmir has also taken initiatives in this regard. Lal Chowk Srinagar Tiranga rally has been a very successful event conducted by the BJP. It would have been wise on the part of every other political party to do so in the days ahead. It has the potential to create an environment where a very positive message of nationalism could be taken to the masses. The Independence Day this year has a very special significance for the Indian nation and involvement of the general public in the celebrations of the day is an inspiring phenomenon for the society at large. Hoisting the Tricolour on the housetop involves the members of the family in the celebration of the event with minimum effort and expense.

The argument that the flag hoisting can't be made a compulsory duty is understandable but it is the primary duty of the State, governments, political parties and their leaders to pave way for the celebrations of the 75th Independence Day and flag hoisting is an essential part of the celebrations. They need to take initiatives in this regard, mere criticism of the appeal made by the PM and the HM won't work.

It doesn't behove the political leaders, specifically the heads of the respective parties, to find faults with the appeal, always and ever. Some political parties and leaders do so keeping in view their political considerations, unfortunately. They by doing so are creating long term trouble for them in politics. In J&K, a bunch of political leaders did the same in the past and led a political narrative based on sub-nationalism, separatism and secessionism. Their narrative led ultimately to terrorism, death and destruction in the state. It is important for the political leaders of the UT to maintain restraint. Moreover, Tricolour hoisting is not a competition to pull others down. It is to make it sure that every citizen feels himself or herself a part of the national celebrations, rejoice and progress.

With the abrogation of Article 370/35A, scrapping of separate or special status, dissolution of the separate flag and the constitution of J&K by legal, lawful and constitutional means, the stubborn attitude in this regard of the political leaders in J&K should end. Moreover, if someone feels that there is a case to fight it out, they are welcome to challenge it in the Apex Court or should pursue the cases already filed there in this respect. Opposition to the national cause, or a sentiment or some celebration is tantamount to creating bad blood and contribute towards disharmony to national objectives in the Union Territory. It would be all the more better to contest the political ideology in the run-up to the Assembly elections in the days to come when the elections are announced.

This Independence Day has also a great significance in the context that a Tribal woman educated and trained in public affairs has taken over as the President of the Republic of India. This is not an ordinary feat. It is the symbol of our progress on the path of democracy that we embraced 75 years ago. We as a nation nourished the ideology and practice of democratic philosophy in the public affairs and the appointment of Draupadi Murmu on the top post is a great showcasing. It speaks of the success of our democratic traditions and practice and has a global message from India.

India successfully marched all these years to make it known to the world that its experiments with democracy have borne the expected results with growth. In addition to this, India has taken astounding strides in almost all fields of activity. The years of 2020 and 2021 were very rough and tough periods in our recent history due to the Covid19 global pandemic. We lost our nears and dears and passed through a very difficult time. However, we as a nation faced it very gallantly and built the necessary health infrastructure as well to combat the pandemic.

The biggest achievement remains the vaccination drive which created a record of 200 crore plus doses till date. In addition to this, oxygen plants have been established at the district level hospitals across India which is a great milestone in the field of health services. The vaccination doses were exported to other countries and some of them received them free of cost in their hour of need. The Jan-Auashudi centres are doing a remarkable work throughout the length and breadth of the country, and the senior citizens are the biggest beneficiary of the scheme where they get their medicines on a very nominal price.

In the fields of defence, renewable energy, education and surface transport, India has made great achievements for the last seventy five years. We are a nation that exports food grains, textiles and other eatables to the global markets in east and west, north and south. India has emerged as a destination of international investment with profits and growth. Our technocrats educated and trained in India are guiding the world in the best global institutions and organisations in various nations. Some are in the fray to take over the leadership of the countries in which they live. Their stories of success are indeed the stories of success of India.