Towards Affordability, Accessibility and Availability of Quality Health Care 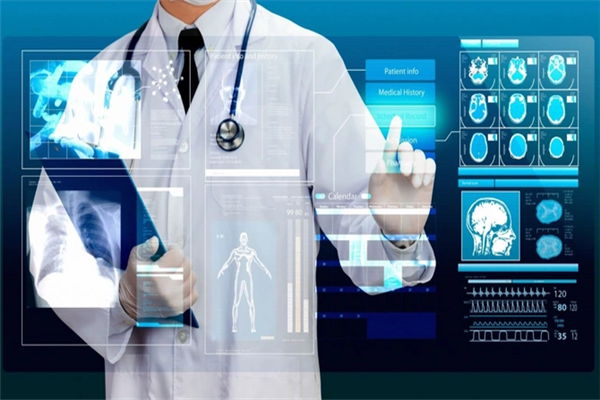 India is geared upto celebrate August 15, 2022, as ‘Azadi Ka Amrit Mahotsav’, an initiative of the Government of India to commemorate 75 years of independence of progressive India and the glorious history of its people, culture, and achievements. As Hon’ble Prime Minister, Shri Narendra Modi, said, “…this Mahotsav is a festival of awakening of the nation; festival of fulfilling the dream of good governance; and the festival of global peace and development.”

And, the reforms in the governance of medical education, have served as the foundation for remarkable achievements in the health sector. India now has the potential to change the global health landscape and become a leading provider of expert human resource for health for the world.

However, due to an increasing global demand for qualified doctors from India, the availability of medical doctors to cater to the changing epidemiology and health needs of the country posed as a challenge. The Department-Related Parliamentary Standing Committee, in its 92nd report, suggested that India required medical reforms to strengthen the health systems to avoid social, political, and financial suffering in the country. From 2014, the Hon’ble PM has closely reviewed the progress of medical reforms which were brought about collaboratively by different teams – Board of governors of erstwhile Medical Council of India (MCI), NITI Aayog, the Ministry of Health and Family Welfare (MoHFW), and stakeholders from other ministries.

A momentous reform in medical education was the dissolution of the MCI, and the inception of the National Medical Commission (NMC) in 2020 through merit-based selection of its members. The NMC brought about transparency, professionalism, grievance-redressal mechanisms, and honest assessments of the medical colleges. The revised norms and standard requirements by the NMC facilitated the creation of new medical colleges while maintaining the high standards.

The imbalanced geographical distribution of the medical colleges is being addressed at the core level for ensuring ‘SabkaSaath, SabkaVikaas’. 39 medical colleges have become functional in aspirational districts, where there was a scarcity of doctors and specialists.There has been a 2.21 times increase since 2004, in the number of medical colleges in Empowered Action Group (EAG) states. The EAG states include Bihar, Rajasthan, Jharkhand, Chhattisgarh, Madhya Pradesh, Odisha, Uttar Pradesh, and Uttarakhand. Furthermore, the eight states of North-East India, have 20 medical colleges now, as compared to 5in 2004).

Pradhan Mantri Swasthya Suraksha Yojana (PMSSY) was introduced for expanding excellence and ensuring equitable distribution of medical education by establishing22 new All India Institute of Medical Sciences (AIIMS) across the country. The newer reforms have also made medical education affordable for economically weaker meritorious students by putting a cap on 50% seats for tuition fees and other charges in private colleges for MBBS and PG seats.

To ensure the holistic development of medical students, the Competency Based Medical Education (CBME) curriculum was introduced.It has a practical approach so that a medical graduate may function effectively as a first contact doctor of the community. This change in curriculum took place after almost two decades, and mandated incorporation of skill labs, computerised simulations,and digital classrooms in the colleges.

In 2016, National Eligibility-cum-Entrance Test (NEET) was introduced to provide a platform for common counselling for admission with a single countrywide entrance exam. To bring transparency and uniformity in the medical education system, the National Exit Test (NEXT) is being introduced as well. The physicians trained in India and abroad will be required to qualify NEXT for obtaining a license to practiceand for post-graduateadmission.

The reforms aimed to ensure strengthening of the health systems for service delivery in remote areas also. The District Hospitals have been strengthened by the launch of two-year Diploma courses by the National Board of Examination (NBE) in eight disciplines. The District Residency Program addresses the crunch of medical personnel in hospitals by posting MD/MS students in the District Health facilities for three months. Bringing back the traditional concept of consulting one ‘family doctor’ for all ailments, the NBE is now promoting Family Medicine as a specialised discipline. To increase the availability of trauma care, all the colleges have been mandated to set up Emergency Medicine departments by 2022-23.

The vision of Hon’ble PM is to bring about advancements in the medical field with a long-term impact on primary, secondary and tertiary levels of care, catering to the needs of the entire country and the entire world: Heal in India as well as Heal by India. As he has mentioned in his addresses: The Indian healthcare sector has progressed significantly over the last eight years with the government’s objective to achieve the 3As of healthcare — Affordability, Accessibility and Availability. Indeed, a cause for a Mahotsav!

(The Author is Advisor HRH/HPIP, NHSRC)