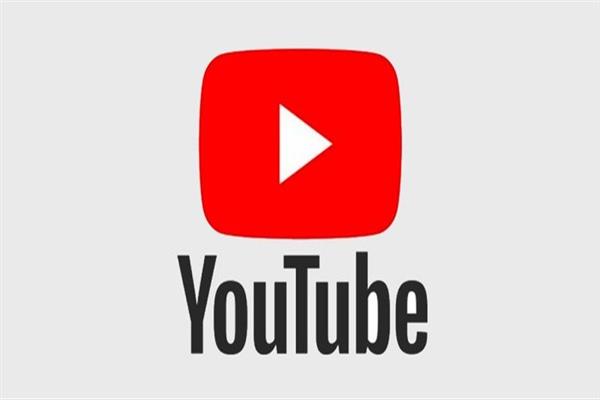 Srinagar, Mar 13: To make studies easier and resourceful, besides the regular classes, the students of the school and higher education throng to online video sharing and social media platform—Youtube that not only helps them to learn complex concepts but also helps in improving listening and punctuation skills.

The Rising Kashmir’s Education Correspondent Riyaz Bhat identifies some of the top YouTube channels that are making waves in the education genre.

The YouTube channel Physics-Wallah provides the education to students to crack the exams of engineering or medical entrance.

The online streaming channel was founded by Alakh Pandey.

With more than 6.40 million subscribers, the Youtube channel mostly focuses on providing education to science students of 11th and 12th standards.

Initially, the Physics Wallah was focused to teach Physics and Chemistry subjects and in a short period, the channel became popular for its best outcomes.

Currently, the Youtube channel is assisted by Maths, Chemistry, Biology and Physics teachers. Physics Wallah is one of the best Educational YouTube channels in India.

The educational Youtube channel was founded by Faizal Khan popularly known as Khan Sir and presently has more than 15.3 million subscribers.

It is believed that the way Khan teaches and explains things, students grasp easily, which makes it the most liked educational YouTube channel.

On this channel, students can prepare for various centres and state-level exams such as UPSC, PSC, BPSC, SSC, Bank, Air-force, NDA, CDS, CAPF, CPO and Other competitive Examination.

Infobells Hindi is a YouTube channel for kids. The online streaming channel is run by Infobells Interactive Solutions which is a multi-faceted E-Learning firm.

The Youtube channel has more than 42 million subscribers and is famous for producing interactive educational and other rhymes for children.

The Youtube channel was started in 2014 and millions of minor students, especially the crèche going kids watch the rhymes from their streaming channel.

According to the bio of Dear Sir, its whole team works to make concepts easy to understand for the students.

From content creation to content delivery the Youtube channel indulges deeply in it with a purpose is to bring smiles to students' faces while teaching with our jokes and acting and VFX.

Dear Sir started streaming online educational videos to collect the knowledge kept in books for the students who cannot learn due to lack of money or any other reason.

Reportedly, the Youtube channel is an award-winning educational platform based in India which provides valuable and simplified learning assistance to students in various subjects of their choice.

Currently, the channel has over 11.6 million subscribers.

From this online streaming channel, the instructors converse everything necessary for the teaching exams such as CTET, TET, DSSSB, KVS, NVS etc.

The Youtube channel was created some six-year back and currently has over 2.76 million subscribers.

The Youtube channel—Drishti IAS being one of the best educational streaming channels in India has more than eight million subscribers.

The Vision Foundation was founded on November 1st, 1999 to provide the Civil Services Aspirants with useful, quantitative and updated teaching facilities and study material.

Drishti IAS also has a coaching institute which is a well-known UPSC coaching centre in Delhi for civil services examination preparation.

The vision foundation has set high standards for teaching in optional subjects, essays and for interviews along with general studies and CSAT.

Utkarsh launched the YouTube channel to improve its preparation, strategy and education related to competitive exams through modern technology.

The online streaming platform has over 8.66 million followers on Youtube and through this channel; the admin uploads videos related to the preparation of various examinations, which help students to improve preparation strategy.

Reportedly, Utkarsh Classes also hold a record for one Lakh student in the live class.

Besides, the channel is informative for finding information related to various government jobs and information can be obtained from Marathon classes taught by eminent subject matter experts of India.

SSC Maker joined Youtube on August-22 2017 and the channel currently has 6.93 million subscribers.

With more than 7.64 million subscribers, the Universe adventure has listed the best fun facts.

Universe adventures are believed to be one of the best streaming channels in Hindi to binge watch list videos about the most interesting, shocking, weird, mysterious, funny, and unknown facts.

Gagan Pratap Maths is a Youtube channel that helps students to prepare for all government exams.

The streaming channel is providing high-quality education on Career-will applications for various competitive exams like SSC, Bank, Railway exams and other government exams.

Gagan Pratap Maths Joined YouTube in 2017 and after five years, the Youtube channel has gained a game of over 2.92 million subscribers.

Wifistudy Studios is one of the top educational Youtube Channels in India that focuses on providing educational videos for preparing Bank, SSC, RRB, State PSC, State Police, and other government exams.

The Youtube channel has over 4.55 million subscribers wherein the best subject experts are engaged.