Tobacco quitters are the winners 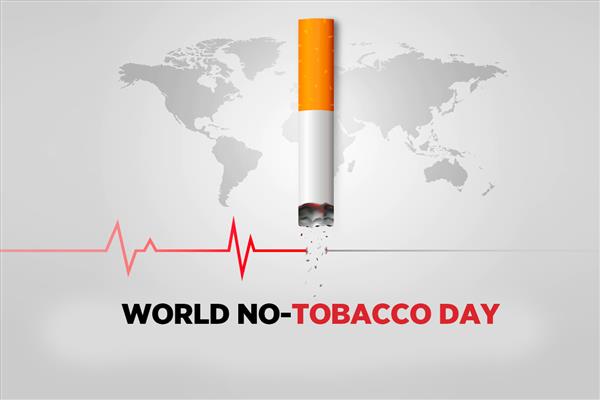 World no tobacco day is observed every year on 31st May to raise awareness about hazardous effects on all spheres be it human lives or environment. Every year more than 8 million lives are lost due to hazardous effects of tobacco. This year’s theme was “Tobacco: Threat to our environment”. The campaign for this year is aimed to raise awareness among the public on the environmental impact of tobacco – from cultivation, production, distribution and waste. This will give users one extra reason to quit this “gateway substance”.

It is a known fact that parents concern about drugs other than nicotine addiction and ignore nicotine use/dependence, but smoking cigarettes at a young age can most of the times lead to experimenting with other addictive substances during their life. Statistics suggest that every day, about 4,000 teenagers smoke a cigarette for the first time and those Adolescents who smoke cigarettes are five times more likely to drink alcohol and abuse cocaine and heroin.

In recent times the alarming use of tobacco, hukkas and e-cigarettes among teenagers represents a major public health concern. It doesn’t only lead to various physical, social, psychological problems but is one of the leading cause of preventable death worldwide.

Nicotine causes a wide range of side effects in most organs and systems. Smoking increases their heart rate, heart muscle oxygen consumption rate, and heart stroke. Also increases the  clotting tendency which leads to atherosclerosis.  Nicotine causes disturbance in sleep and gastrointestinal symptoms such as nausea, dry mouth, indigestion, loss of appetite and even ulcers.   Many studies have shown that excessive smoking can be a casual factor for infertility. Nicotine in the long run can lead to pneumonia, and life threatening lung cancers.

Why should you leave Smoking?

• When you quit smoking, within 20 minutes, your blood pressure drops to normal, pulse rate becomes normal. Even the temperature of your body goes to baseline.

• When you quit smoking, within 8 hours the carbon monoxide and oxygen levels in blood drops to normal.

• When you quit smoking, within 24 hours to 48 hours your chances of heart attack decreases.

• When you quit smoking, within 72 hours the breathing becomes easier as the bronchus relaxes to normal.

• When you quit smoking, within 2 weeks to 3 months the lung functioning improves and circulation of blood also improves upto 30%.

• When you quit smoking, within 6 months the lungs functioning improves further and fatigue and shortness of breathe decreases.

• When you quit smoking, within 1 year the risk of coronary disease decreases to half that of a smoker.

• When you quit smoking, with 10 years the risk of dying from lung cancer is reduced to half.

• When you quit smoking, within 15 years the risk of dying from a heart attack is equal to a person who never smoked.

• Fix a quit date as soon as possible.

• Drink plenty of fluids which will help you in combating withdrawal symptoms of nicotine.

People who smoke think that quitting is difficult but ones determination to affect change in your life always lies within.  Always focus on your positives and start now and be the hero. Save yourself and save the passive smokers, the loved ones around you, the family, friends and others who are adversely affected because of your smoking.