To live and let live… 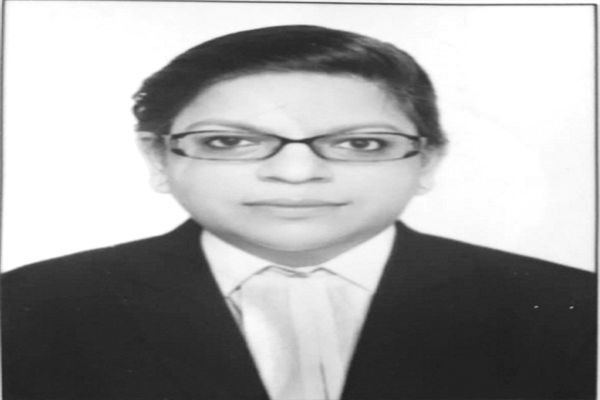 The Right to Life has always been held to be the most basic of all fundamental rights that are available to the citizens of our country. This right to life, includes within bits ambit the right to dignity. The recent judgement by the Supreme Court of United States of America wherein it has overruled the principle of Roe vs Wade (1973) by stating that the “right to abortion is not deeply rooted in American history and tradition” has ruffled many a feathers. The court here also opined that “liberty” alone provides little guidance and “historical inquiries” are essential whenever it is asked to recognise a new component of liberty.  The entire United States went up in an uproar against this decision as most feel that Marginalized people will suffer the most if Roe v. Wade falls.

A source said that“the people who will suffer the most at the hands of this are communities that are already marginalized, poor people, people of color, and immigrants. Abortion is already hard to access for these communities, and it will just make it harder. It's wrong—alarming. The state shouldn't be allowed to police our bodily autonomy."

The said judgement has been rightly termed by most as a regressive step by a progressive country and is being feared to have set the trend for the years to come.

The Wikipedia Dictionary defines an abortion asthe removal or expulsion of an embryo or fetus from the uterus, resulting in, or caused by, its death.

Margret Sanger has said, “No woman can call herself free until she can choose consciously whether she will or will not be a mother.” An individual's personal stance on the complex ethical, moral, and legal issues has a strong relationship with the given individual's value system. A person's position on abortion may be described as a combination of their personal beliefs on the morality of induced abortion and the ethical limit of the government's legitimate authority.

It is the prerogative of a woman as to what she wants to do with her body. It is a part of her individual right, right to life and liberty, and her right to happiness that sanctions and decides her right to have or not have an abortion.

As per Indian Law, a woman has a right to abortion if:

The Indian law allows abortion on certain conditions, for example if the continuance of pregnancy would involve a risk to the life of the pregnant woman or grave injury to her physical or mental health then in that case, abortion is permitted. In order to save the women from getting abortion sin a clandestine manner and to protect the health of women, The Medical Termination of Pregnancy Bill was passed by both the Houses of the Parliament and received the assent of the President of India on 10th August, 1971. It came on the Statute Book as the "The MTP Act, 1971". This law guarantees the Right of Women in India to terminate an unintended pregnancy by a registered medical practitioner in a hospital established or maintained by the Government or a place being approved for the purpose of this Act by the Government. Not all pregnancies could be terminated.

Abortion was being practised earlier by many. Because it was illegal, it was being practised in a clandestine manner. The passing of the Act made medical termination of pregnancy legal, with certain conditions for safeguarding the health of the mother.

Abortion is severely condemned in Vedic, Upanishadic, the laterpuranic(old) and smriti literature. Paragraph 3 of the Code of Ethics of the Medical Council of India says: I will maintain the utmost respect for human life from the time of conception.

The Supreme Court of India has said that the right to privacy is implicit in Article 21 of the Constitution and a right to abortion can be read from this right.Section 3 of the said Act, says that pregnancy can be terminated:

1. As a health measure when there is danger to the life or risk to physical or mental health of the women;
2. On humanitarian grounds - such as when pregnancy arises from a sex crime like rape or intercourse with a lunatic woman, etc. and
3. Eugenic grounds - where there is a substantial risk that the child, if born, would suffer from deformities and diseases.

A woman's right in this respect is compromised because her right is dependanton certain conditions:

• Proof of risk to her life or grave injury to her physical or mental health,

• A situation where abortion could only save her life, all to be arrived at by the medical practitioners.

Can a woman request a medical practitioner to perform an abortion on the ground that she does not want a child at that time? Where the liberty of the woman is fully dependant on certain other factors, such a request cannot be said to be just and reasonable.

Reproductive freedom is critical to a whole range of issues. If we can’t take charge of this most personal aspect of our lives, we can’t take care of anything. It should not be seen as a privilege or as a benefit, but a fundamental human right. If a woman has attained majority and is of sane mind, a decision as to abortion may be left at her discretion.

Only in cases where an abortion may affect her life, her freedom may be curtailed. All other restrictions on the right to abortion are unwelcome. It is admitted that a  woman's decision as to abortion may depend upon her physical and mental health or the potential threat to the health of the child. Apart from these reasons, there are also various important factors:

• She or the family may not be financially sound to welcome an addition.

• It may be a time when she wants to change her profession, which requires free time and hard work.

• Her relationship with the husband may virtually be on the verge of collapse and she may prefer not to have a child from him, for it may possibly affect a future marriage.

All these factors are quite relevant and the Indian statute on abortion does not pay any respect to them. The law thus is unreasonable and could well be found to be violative of the principles of equality provided under Article 14 of the Constitution.

Finally it may be noted that the M.T.P. Act does not protect the unborn child. Any indirect protection it gains under the Act is only a by-product resulting from the protection of the woman. The rights provided as well as the restrictions imposed under the statute show that the very purpose of the state is to protect a living woman from dangers which may arise during an abortion process. It is the protection to the mother that protects the unborn. The law has to take care of the liberty of the mother as well as the unborn.

As a hospitable community we should seek ways of providing support for lonely and frightened mothers, and for lonely and abandoned babies. We need to offer women with unplanned pregnancies as much love and support as they require and to assist them in finding compassionate alternatives to abortion. Finally it can be said that –