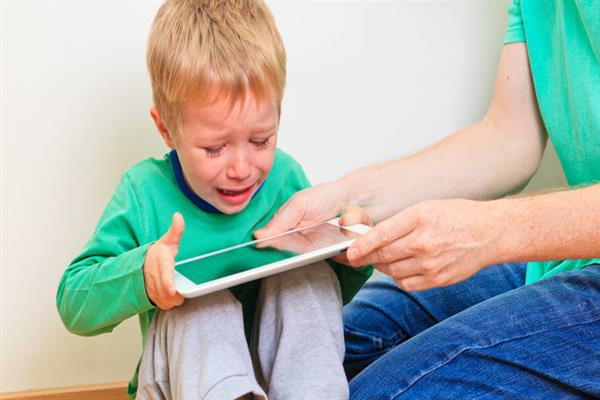 It is hard, especially in this era, to raise a child and any parent who says differently is lying himself. Parenting is emotionally and intellectually draining. But this scenario becomesvery difficult when the child has behavioral problems and is disruptive.

Most of the children are naughty but few children can have behaviours which are not appropriate to their age and can be extremely challenging for the parents. These children have sense of autonomy or independence but if they feel any threat to that, they develop behavioral challenges.

To have sense of autonomy or independence is not bad at all but along with that feeling of independence comes with a whole lot of behaviors that appear to be problematic. These challenging difficult behaviors are in the form of temper tantrums, disobedience, defiance, anger issues, acting out and other such issues.
It is very difficult for the parents to differentiate between normal and abnormal behavior.

• Too much screen time

• Lack of motivation and laziness

? How to correct a child who is lying?

When your child has a habit of lying, it is worrisome for the parents. But parents should not take it personally. Appreciate the positives of your child. Discourage the negative behavior. Children lie because they are afraid of saying truth. Praise your child when they tell the truth.

? How to correct a child who disrespects and backtalk?

Initially it seems funny when your child talks back to you or someone else but after sometime you feel this as annoying and disrespectful and if not corrected on time it will get worse with time.

Do not respond impulsively. Calm your child and explain them about non acceptance of this behavior.

? How to correct a child who shows aggression?

Children get angry at times, which can be taken as normal, but when this behavior becomes repetitive and lead to violence it is problematic and worrisome for the parents.

Do not yell back at them. Lower your tone and tell them calmly what you want to convey. Take away a privilege and use restitution to help your child make amends if they have hurt someone.

? How to correct a child who uses abusive language?

If child starts using abusive language at home or at school. Explain the consequences clearly. Tell them it is a “bad word,” and people do not like that word or children who use that word.

? How to correct a child who hastemper tantrums?

You can teach your children that behaviors such as stomping, screaming, whining or throwing themselves to the floor won't get them what they want.  The best way to handle temper tantrums is to ignore, ignore and ignore.

? How to correct a child who shows defiance?

Give clear instructions to your child if he or she is defiant. Tell them clearly that if you do this work then you will be given a chocolate, a toy to play or you will be allowed to watch your favorite cartoon network or channel.

? How to correct a child who spends too much time on screen?

Limit their screen time. Take away electronics when your child breaks the rules. Switch off internet on your device.

? How to correct your child’s bedtime behavior problems?

Sleeping problems are very common in children. Your child stays awake for longer period of time and then get up late in the morning. Then he might get late to school and have other physical health issues.

Explain to your child about the healthy sleep habits. Make clear bed time rules and keep doing it, eventually, their bedtime behavior will improve.

? How to correct if your child has food-related problems?

This is the problem almost every parent is going through. Your child has different eating behaviors. At times they won’t eat for longer period of time but at times they will claim to be hungry every 10 minutes. Children mostly will be happy to have unhealthy foods and avoid healthy ones. These unhealthy habits can cause illnesses in children.

It is important for the parents to tell them which foods are healthy and which are unhealthy. Set limits for snacks and unhealthy foods.

? How to correct a child who is having lack of motivation and laziness?

Don’t get anxious by your child’s behavior. Do not force your child to take up a hobby. Try to find ways to get your children motivated on their own.

4. Be consistent in your reaction.

5. Don’t be stubborn it is okay to change the rules sometimes.

6. Disciplining your child is necessary but don’t give them punishment.

8. Give rewards for the positive or good behaviors.

Last but not the least we need to understand children may never seem to listen to you but they always observe and watch your behaviors, so display healthy and positive behaviors which the children can inculcate in them. Children learn more from what you are and what you do than what you teach.