‘I am never lost in the mountains, it is where I found myself’----Lee Hiller 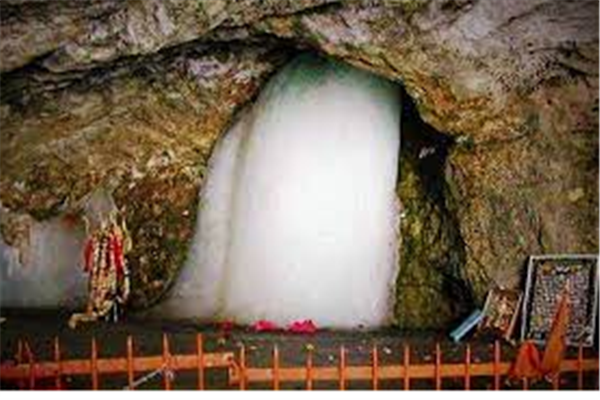 The sub-continent of ours has been nurtured for centuries in the culture, ethos and beliefs flowing out of its unique location bound by natural bounties like the Insurmountable northern frontiers, the   Himalayas. In its very being, the Himalayas have been a quintessential progenitor of India’s thinking and religious beliefs, since it shields majority of religious abodes of Hindu, Jain, Buddhist, Sikh and Bon religion. Almost all major Hindu Dhams/Maths to include Badrinath, Kedarnath, Gangotri, Yamnotri, Haridwar, to name a few and Gurudwaras like Hemkunt sahib, Retha sahib of Sikhs as well as shriAshtapadTirath of Jains is located in the deep valleys of Himalayas providing spiritual and religious sustenance to millions of its followers worldwide including India. There are two very hard realities of this sub-continent of ours –one is the continuous cycle of elections by elections which a democratic culture imposes upon us and the other is the celebratory mood of India which finds itself in the midst of some religious festivity around the year wrought upon by the rainbow of religions, beliefs practiced by some of the most diverse group of people inhabiting it. Be that as it may, the above facet is one of the strongest of pillars of its identification the world over.

The current religious fervor which finds favour with the majority of us is the ongoing annual Amarnathyatrain the high Himalayas of Kashmir. A rage during the monsoon season, Amarnath yatra attracts pilgrims from far and wide all set to cast their religious eyes on the holy ice shivlingam which reaches its zenith during the Raksha Bandhanday. But not many are aware that though Himalayas have been the chosen abode of the ‘Destroyer of the world’ i.e. Lord Shiva as per the Hindu mythology in the form of Kedarnath and world famous Mount Kailash, an equally attractive place of religious fervor connecting with Lord Shiva is the ‘Timmersain Mahadev cave temple’ . An exact replica of the current ongoing yatra of Baba barfaniAmarnath, but located in the remote northern most corner of district Chamoli of Uttrakhand. Very precariously perched near ‘Niti village’ at a place called as ‘Timmersain’, the holy cave of Mahadev is a look alike of Amarnath cave in all respects ,except that it is closely located near the Indo-Tibet border well within the ‘Inner line area’ under the watchful eyes of the Indian army. I had my first brush with ‘TimmersainMahadev’ way back in early 1991 while in service at Pithoragarh. Having gone to Joshimath /Malari for my training, I happen to pass through this famous replica of Baba Amarnath on my way to ‘Nitipass’ as part of area familiarization.

During those days of early 90s this Mahadev temple used to be an obscure place not much given to media and tourism hype as has been now the wont. Foot slogging was the only way forward to reach this remote place of India with river Dhauliganga flowing in torrents nearby. Locally named as ‘BabukUdiyar’ ,Baba Barfani is located in a natural cave making the surroundings feel like a ‘DejaVu’ for those who have visited Amarnath cave in Kashmir. Now a yatra too has been doing rounds in the tourism itinerary of the state government by the name of ‘Timmersainyatra’ which in local parlance is also called as ‘Saunsayatra’. As stated before the cave as such is located on Joshimath- Niti highway just about one km from the Niti village (last Indian village ) on the Indo-Tibet border ,wherein the villagers from the surrounding villages as also from rest of the state congregate to pay their obeisance in summer months. Here Baba Barfani could be seen same as in Amarnath. The state government of Uttrakhandhas initiated a slew of measures to help garner support for its nascent tourism initiative in this border belt of which this cave temple is also a part of. Reaching up to a height of 10 feet this ice lingam in the cave at ‘Timmersain could be seen from the month of March till mid-April every year. Unlike the Baba Barfani of Amarnath, over here from May till October one could visit this cave temple and pay respects to the shivling . Although Utrtrakhand tourism department allows travellers and pilgrims to the place from the month of February onwards, but due to excessive snowfall in the season it could be hard to reach there.

I had made in fact made up plans to visit this cave temple in May 2019 while visiting ‘BadrinathDham,but then due to paucity of time as also taking a detour from Joshimath and going on  an equally hazardous road for about 82 kms either way via ‘Ghamshali’ deterred me . This whole detour would have eaten up the better part of the day and hence the plan to visit Baba Barfani was shelved. As this cave temple is located on the border of India- Tibet, people from other parts of the country are not allowed without getting the ‘Inner line permit’ from the authorities at Chamoli. Due to the sensitivity of the ecosystem prevalent in the vicinity of ‘Nanda Devi mountain’, this Timmersain’ Mahadev temple is part of the world famous ‘Nanda Devi biosphere reserve’. Though the state government is  now trying very hard to take out this ancient cave temple from Nanda Devi biosphere reserve to give a shot to its tourism potential, time will only tell if the above contemplated step is in the right direction. There are talks going on too of having an alternative route for this cave temple to put it on the tourism map of Uttrakhand if the above stated step of the state government doesn’t come to fruition.

All pilgrims planning to visit this ancient cave temple must submit an application form at the tourism office ,Joshimath  2 days before their visit to have their names included in the list of visitors to avoid last minute disappointment. There will be a medical check-up of pilgrims before the yatra to Baba Barfani  cave begins to weed out any medical emergencies likely to develop at that height. As on today pilgrims in a Batch size of only 25 at a time are let out for the Yatra to avoid mismanagement at the cave site. I was prompted to pen down this article for the simple reason that the recent tragedy which struck the Amarnath cave pilgrims by way of flash floods triggered via a cloud burst shows us the vulnerability of such sites. In fact none can forget the 2013 Kedarnath temple tragedy which was again triggered by a sudden flash flood as a result of bursting of a glaciated lake high up the mountains overlooking the shrine obliterating the entire set up save the temple by sheer providence. All these tragedies seem to have a common thread running amongst themselves, which reveals the unnecessary tampering of our ecosystem by us with disastrous consequences to no end. The fragile slopes of the Himalayas which have countless abodes of many religions are ever prone to precipitous consequences of human avarice if not checked in time. High time these pristine areas are saved for posterity to continue the sacred duty of passing on culture, heritage and rich customs of our religions to the future generations.

(The writer is a retired army officer and writes regularly for RK. He can be approached on his email…slalotra4729@gmail.com)