The government should take an immediate cognizance of the debate and discussion going on in the country and abroad about the Kashmiri Pandit issue, and institute a Special Crimes Tribunal to go into the excesses committed against the community 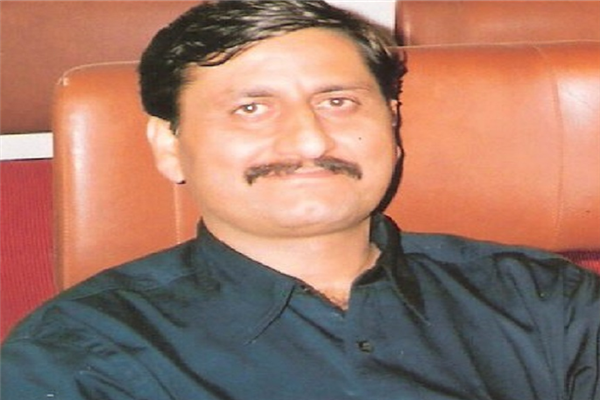 The debate for establishment of a Special Crimes Tribunal or a Court of Enquiry to go into the excesses committed against the minority Hindu community of Kashmir is gaining its ground day by day. There is an important need to look into both the two aspects of the issue. The first is the issue pertaining to the Kashmiri Pandits since they have been rendered as refugees in their own country for the last 33 years. The second is about the impact on the other sections of the society who also suffered due to terrorism.

Though the J&K High Court has since observed that the issue of the Kashmiri Pandit exodus can't be compared with any other migration, yet there is a case for a broader enquiry in order to give justice to the sufferers of terrorism. The government should take an immediate cognizance of the debate and discussion going on in the country and abroad about the Kashmiri Pandit issue, and institute a Special Crimes Tribunal to go into the excesses committed against the community of Kashmiri Pandits during the past four decades right from 1986.

It would be advisable for the authorities to go into the details of the following observations and decisions which would establish the need for such a high level enquiry. Here are some excerpts from some important findings, orders and reports of the accredited Human Rights bodies and institutions:

After undergoing a series of discussions with the representatives of Kashmiri Pandits under the leadership of this author and the Government representatives on the REPORT submitted by the us, the National Human Rights Commission of India (NHRC) referred the case to its court that made the following important findings in the order dated 11.6.1999:

(i) The crimes committed against the Kashmiri Pandits are, by any yard stick, deserving of the strongest condemnation.

(ii) Whether the Commission looks to the data provided by the complainants, or to that provided by the State Government or the Union of India, the facts are, beyond question, stark and tragic.

(iii) There can be no gainsaying the acute suffering and deprivation of the community;

(iv) Commission is constrained to observe that acts akin to genocide have occurred in respect of the Kashmiri Pandits.

(v) In the minds of and utterances of some of the militants a “genocide type design” may exist.

(vi) The community of the Pandits has felt that it has not been given the understanding and the reliefs it deserved and to which it is entitled. The Commission has empathy for their feelings. There is no doubt as to the immense suffering caused to the Kashmiri Pandit community by the acts of terrorists and militants active in the Valley of Kashmir, particularly in the period starting in the later part of 1989.

(viii) There is a general view that some 3,00,000 Kashmiri Pandits have had to leave the Valley for reasons of terror unleashed in their home state and conditions of insecurity that they experienced as a result.

According to Hiram Ruiz, a policy analyst at the US Committee for Refugees reports (PTI-Washington Aug. 12,1998):

“The fundamentalist terrorists had driven the Pandits out by systematic ethnic cleansing…..There were 250,000 displaced Pandits in camps at the peak”

“The conditions which forced Kashmiri Pandits to migrate from the Valley in 1990 cannot be equated with any other situation”. The court observed -“the entire valley had been declared as disturbed by an Act and nearly two and a half lakh people had to leave the permanent place of abode. The migration has no comparison.”

According to Frank Pallone, Demoratic Congressman in US: (UNI, Washington, July 15, 1999)

“I along with fellow law makers plead for describing the treatment meted out to the Pandits in the trouble-torn State as genocide …. I hope that the attention of the United States and the world community will finally focus on the long-ignored plight of the Pandits.”

Those that have stayed behind in Kashmir have been subjected to frequent abuse by armed opposition groups (Islamic terrorists). Dozens of killings have been reported over the last few years.”

Consequent upon the screening of the film, The Kashmir Files, there has been a global awakening and interest about the exile of Kashmiri Pandits from their homeland. The US based International Commission on Human Rights & Religious Freedom (ICHRRF) held its first hearing on the issue of Genocide of Kashmiri Hindu Pandits in March this year. The hearing was headed by Prof. Ved Nanda, an authority on international law and human rights. Ved P. Nanda is a distinguished university professor and Thompson. G. Marsh Professor of Law at the University of Denver, US where he founded the International Legal Studies Program in 1972 and now directs the Ved Nanda Center for International law and comparative law.

This Commission took suo motto notice and cognizance of the ethnic cleansing of Hindus of Kashmir followed by their human rights violations in exile. It invited some prominent figures of the Kashmiri Pandit community along with the victims of genocide to testify before the Commission and give their statements on the burning issue through the virtual mode. This author, in the capacity of his being a frontline human rights activist in the displaced community of Kashmiri Pandits, was also invited to present his statement about the case of genocide of the Hindus of Kashmir.

The US based International Commission recognised officially, in its statement on 28th March 2022, the acts committed against the community as genocide. It will definitely have a tremendous impact on the future course of action of the government of India and the US administration regarding the issue of Kashmir and Kashmiri Pandits. Therefore, in order to arrive at the truth and provide justice to the victim community, the government should establish a court of enquiry and/or a tribunal as soon as possible. That will lead to the first step of justice for the people who have been treated as the children of lesser gods for decades after their ethnic cleasing in the valley of Kashmir.

Besides this, the agriculture, horticulture and other religious and commercial properties of the Pandits in Kashmir are under the illegal and unauthorized occupation in the Kashmir Valley for the last thirty three years of exile of the Pandits. Passing of Act regarding immovable property of the displaced Pandits in Kashmir by the J&K State Legislature even could not give any relief to the Pandit community in this regard.

It is for the conscience of the current dispensation to ponder, discuss and suggest the ways and means that shall help pull out the minority Pandit community of Kashmir from the morass it is wallowing in. The commitments made to the displaced community of Kashmiri Pandits need to be realised to the satisfaction of the community. Though there are some elements within the government and administration who have been avoiding any such debate and discussion of the past.

They would suggest the theory of "forget and forgive" and would believe that the issue of Kashmiri Pandits could be solved by building some flats for them in the valley or providing their youth some jobs with draconian conditionality. This mind-set needs a positive change and outlook. In order to create an atmosphere of goodwill and solve the issues of grave human rights violations, the government should engage the representatives of the displaced community in a serious dialogue on the issue. Sooner the better.

Being silent on an evil suggests an unfortunate complexity. We are reminded by the great noble laureate Alexander Solzehnistin that in keeping silent about evil, in burying it so deep within us that no sign of it appears on the surface, we are implanting it, and it will rise again a thousand fold in future. When we neither punish nor reproach the evil doers, are we ripping the foundations of justice of which no trace will be left for our future generations for protection against evil.

(The author is a senior BJP and KP leader, Incharge: Deptt of Political Feedback, BJP-J&K, and can be reached at ashwanikc2012@gmail.com)