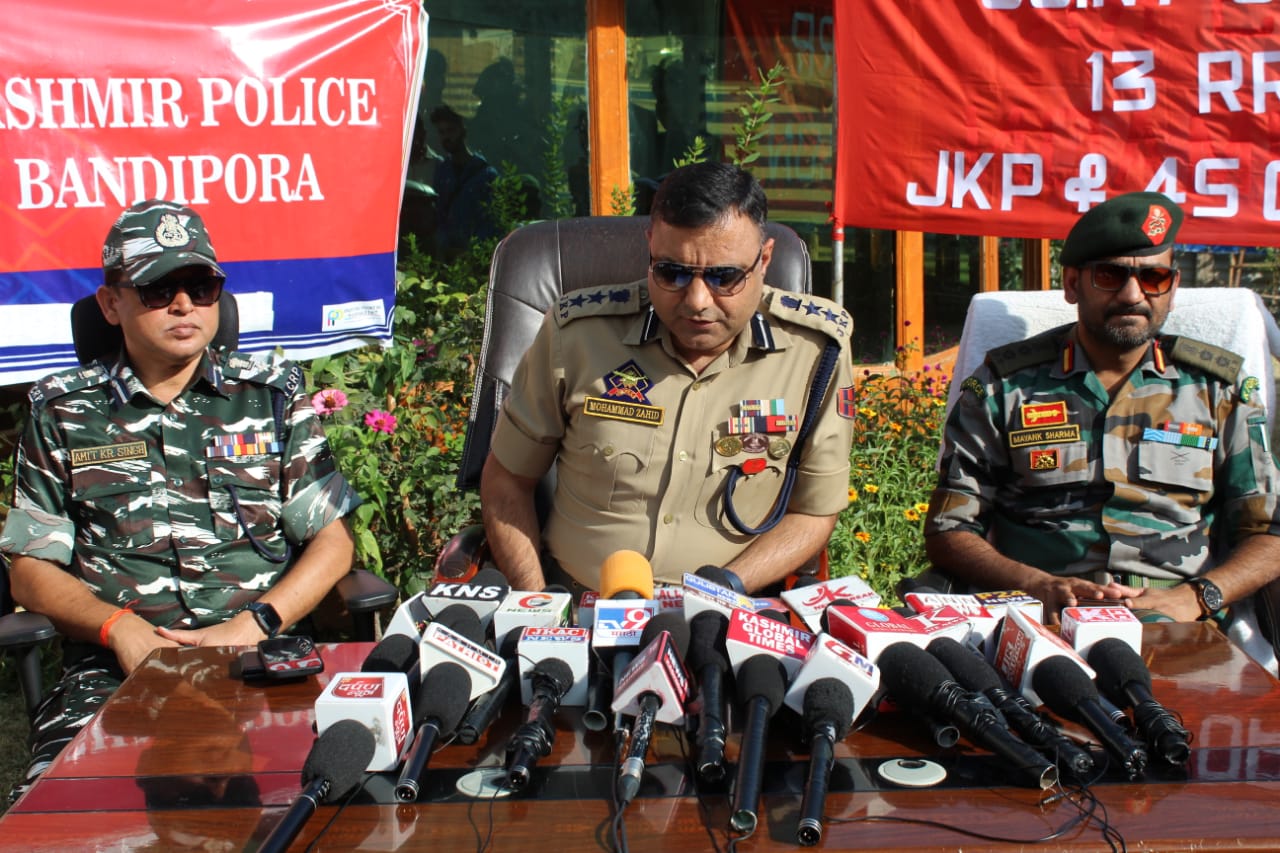 Police on Saturday said to have solved the case of killing of non local labourer by arresting three terrorists in Sadunara village of hajin in North Kashmir's Bandipora district.

Soon after the incident, a case was registered and investigation was initiated during which several suspects were called for questioning.

With the human and technical intelligence, it was found that three local terrorists identified as Waseem Akram, Yawar Reyaz and Muzamil Sheikh all residents of Sadunara were in touch with many LeT handlers including Baber who are operating from Pakistan.

He said that the trio were guided to kill non local labourers in area so to force them to leave the valley and were instructed to carry out such more killings in the future to create an atmosphere of fear in Bandipora.

He said that weapon of offense, 01 pistol along with one magazine and 04 live rounds which were concealed by these terrorists, have been recovered in the case.

He further said that so far this year, Bandipora police along with security forces have been successful in eliminating three terrorists, 09 hybrid terrorists have been arrested and 06 OGW modules have been busted in the district.

Besides counter insurgency operations, acting tough against drug menance, Bandipora police has registered 22 cases during the current year so far, in which huge quantity of norcotics has been seized, Bandipora Police chief said.

"Thirty six people have been arrested in drug related cases so far among them 02 have been booked under PSA, and we are looking forward to book more drug peddlers under PSA", he added.