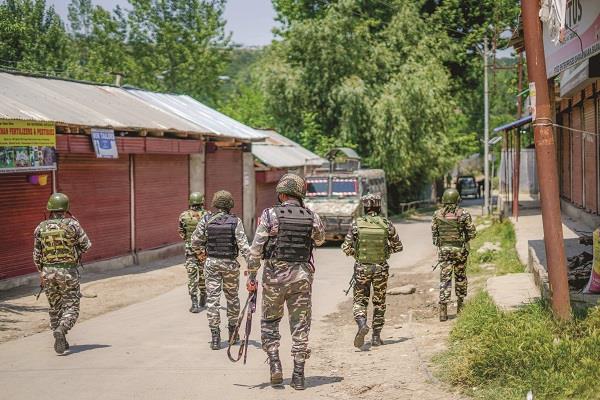 Anantnag, June 03: Three soldiers and a civilian were injured in an ongoing encounter that broke out between terrorists and security forces at Gawas village of Karan Verinag area in South Kashmir’s Anantnag district, officials said on Friday.

An official said that a joint team of police, Army and CRPF after receiving information about the presence of terrorists launched search operation in the area.

He said that as the joint team of forces intensified searches towards the suspected spot, the hiding terrorists fired upon the party, which was retaliated, thus triggering an encounter

The official said during exchange of fire, three soldiers and a civilian were injured, while the operation is underway in the area.

The injured civilian was identified as Mukhtar Ahmad Malik, son of Ghulam Mohidin Malik, who has received bullet injury in left thigh.