The world of chemistry

The world of chemicals and chemistry is so beautiful, fascinating and magnificent that one cannot resist in developing a passion for this field 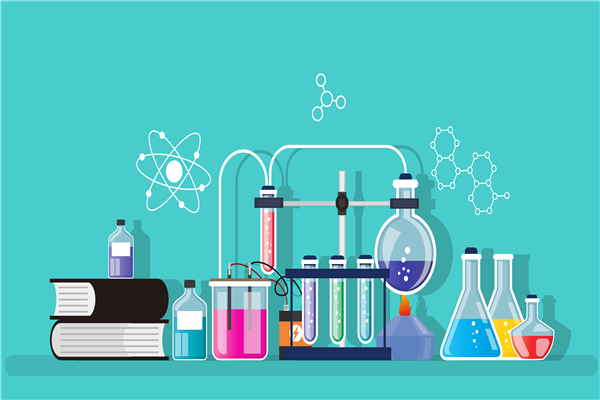 We enjoy soft drinks, but we should also know that the ph inside the bottle is maintained by carbonic acid which is formed as a result of chemical reaction between carbon dioxide and water. Chemistry has given us cheap fire extinguishers. A sealed bottle of an acid is immersed in another container containing solution of a base (bicarbonate), when the stopper/lid on the extinguisher is struck, the bottle bursts allowing acid and bicarbonate to mix, carbon dioxide is given off (effervescence) which helps in extinguishing fires. Chemistry students should undertake such small but interesting ventures only under the proper vigil of a skilful teacher.

We can never ignore the role of alloys (mixture of metals), like nichrome, steel, stainless steel, bronze, brass etc in our day to day life at domestic and industrial scale. Alloys are also extensively used in the manufacture of vital aircraft parts, surgical instruments in medical field and others. The electrical bulbs hanging from the ceiling glow due to presence of a high melting point metal called Tungsten. Electroplating and Galvanization have been used from decades now in order to protect copper and iron articles from corrosion. Catalysts have multiplied the industrial output by saving a lot of time and energy and thus the efficiency because in industries time means money. The silicon industry has revolutionized modern world and facilitated its landing into the current information technology era.

We cherish the greenery of plants around us which is an attribute of a green pigment chlorophyll containing Magnessium (Mg) as the central metal ion, though the rest of the contents of these vital macromolecules are also composed of different elements like carbon, hydrogen, oxygen etc. in varied proportions. In Metallurgy techniques again the output of chemistry is used in the extraction, processing of useful minerals and ores from the earth. It is possible to study ancient culture, fossils and archaeological facts with the aid of a chemistry technique- Carbon Dating wherein an isotope of carbon is used (C-14). A number of isotopes like Cobalt-60 is nowadays used in cancer treatment.  Cis-Platin an inorganic compound is also used as an effective remedy for cancer.

Even Xerox machines are also based on chemistry technique as amorphous selenium (Se) is used in photocopying process. Polymer industry is growing day by day with widening of its spectrum from household needs to their usage in aircrafts. While halogen lamps illuminate our houses, Neon lights decorate our streets during night hours. Borax and Washing Soda are used in removing hardness of water obtained from tube wells. Zinc Sulphide is used in personal care (protector against sunburn on skin), Copper doped ZnS is used in electroluminescent panels. Silver Bromide, another chemical is used in photography. Liquid Nitrogen is used in cryopreservation of blood, reproductive cells (sperms/eggs) and biological samples. It is also used in cryotherapy for removing malignant skin lesions. Tetraethyl Lead (TEL) is used as anti knocking agent in vehicles thus minimizing noise pollution.

Those who believe in and promote rote-learning, perceive Chemistry as a boring subject. However, the world of chemicals and chemistry is so beautiful, fascinating and magnificent that one cannot resist in developing a passion for this field.

(Author is a Research Scholar)