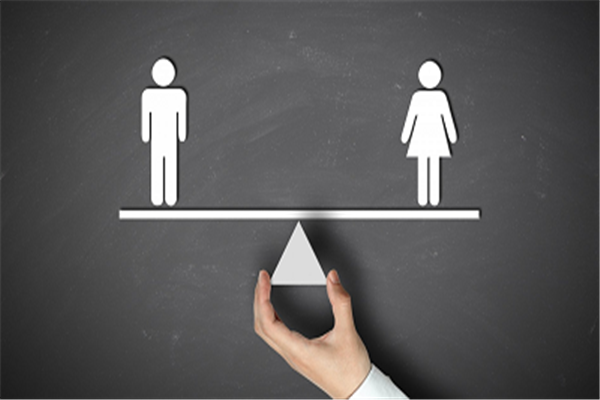 At a recent event, Hon’ble Chief Justice of India, N.V. Ramana said that the women in the legal profession face bias, both from their colleagues or litigants, and this affects not just advocates, but also those on the bench. The same was said by the Chief Justice in his address at the felicitation of Supreme Court judge Justice Hima Kohli by Women in Law and Litigation (WILL). He also went on to say that -"There are various barriers that women face in the legal profession that merit consideration... the continued prevalence of certain attitudes about the role of women in society. This issue is a problem a woman faces regardless of the type of employment.”

The fact that gender bias exists and is now being recognized by all is a welcome step in the fight against inequality. Like all others aspects of life, law as a profession is also taken up by both men and women. While the males end up fighting against their opponents, the females have to face the additional task of not only fighting their legal opponents, but also the day to day bias that they face in their lives. This bias is not only inherent in courts, but also among the litigants and the entire setup. Such a bias creates an extremely unwelcome and unhealthy atmosphere within the courts and hence the above mentioned statement by the Chief Justice of India was given to reinstate that it is the duty of all the lawyers and the judges to ensure that a friendly environment is created in the court rooms.

The advent of the # ME TOO movement and the efforts that are being made by a segment of males in the society that has in fact also encouraged the HE FOR SHE movement has brought to light the glaring inequalities that women face both at the professional and the personal front in the society. A lot is being said in this context these days. The Chief is also promoting the issue of women representation in the judiciary, at a recent event he was heard saying that- "The demand for higher representation beyond 50 per cent on the Bench in view of the backlog of under representation of women is taken note of. I promise to take up your demand with my Brothers in the collegium." The same was said in reply to the questions of under representation of women in the judiciary.

India which is known for its human resource wealth is also sadly a country where women are vastly under represented in the judiciary with only 11.5% women in the High Courts. Today we have four women sitting judges out of 33 judges in office in The Supreme Court of India. This figure is a marked representation of the fact that women still have a long way to go before they can be said to have a sound representation in the legal arena.

At a felicitation function organized for her, Justice Hima Kohli who is a sitting Supreme Court judge said- “Time will never be right for women to make a mark in the legal profession.” The same was said in the context that if women keep waiting for the perfect time to come when the situation is right for them to join that profession, it will never come. She reminisced about how she herself had started her practice and how she used her car as an office space. Justice Hima Kohli then went on to say THAT THE TIME IS NOW. Women have to make a conscious decision to start and not wait for the right time to come as the time will NEVER be right.

The legal profession in India has changed its form and content and has come a long way to reach where it is today. While initially it was felt that females are not that gender who can plead before any court much less the High courts, it was only after the enactment of Legal Practitioners (Women) Act, XXIII of 1923 that women lawyers started practicing as a matter of right. But not all laws are easily accepted by the society and hence even though women acquired the legal right to practice, they still have a long way to go   before they are also accepted by the society and there are numerous challenges which they need to face on a regular basis when they are indulging themselves in either shaping themselves or actually practicing as lawyers.

Alice Paul, the famous social reformer has rightly said and I quote- “The world will never be complete until women are the part of it.”

Law too as a field is incomplete until it is adequately represented by women. Even though litigation has always been considered to be a noble profession, women were not as such it’s part till a considerable period of its development. With the passage of time, the ability and the capacity coupled with the opportunities that were presented to the womenfolk have all gone up and hence their participation in the profession too has increased changing the stereotype thinking that this was something only the men can do. Now the current era perpetuates equality and not discrimination on the basis of gender. Women today have proved their efficiency, tolerance, expertise, coherence and perpetuity in this profession and deserve the fruits of their labor. In the current Indian legal scenario, the representation of female law aspirants has gone up remarkably.

The gender ratio of male: female in the law universities has also become much better and in the favor of females. Some of the leading law firms in India are also showing a rising trend of gender equality in their board. On the down side though are cases of real-life gender bias that are faced by the women in this profession. One such example was given by Justice Leila Seth (the first women Chief Justice of a State in India), “When I asked a question and my brother judge pointed out to them that they (the male lawyers) should say My Lady, they thought the easiest way out was to say, My Lord and look at the male judge as if the question had emanated from him! Very rarely was I addressed correctly. Most of my brother judges, while introducing me to outsiders would say, ‘Meet our new lady judge’, as if my sex was not apparent. They also wanted me to take on the tea arrangements, when there was a celebration”. One can only imagine that if the Chief Justice of a High Court is facing such a bias then what must be the state of the other practicing females in the country!

Most designated lady senior advocates also feel that the resistance to women entering the club of senior advocates emanates from male insecurities. Ratna Kapur (Director of the Centre for Feminist Legal Research) says that- “I think if a man and woman have the same experience and merit when it comes to appointing senior advocates, then the woman should be given equal preference. This is a kind of affirmative action to correct age old institutional biases against women in the legal profession.” Zia Mody (an eminent lawyer in the field of Corporate Lawyer and Founder of AZB Partners) while sharing her experiences of early days of practice in India says, “Those days were hard. There were hardly any women in the court. The clients didn’t want women lawyers taking up their cases. It was stressful initially. I knew that my seniors as well as clients were not as confident of me as they were of my male counterparts.”

Sr Adv Mahalakshmi Pavani has also been raising her voice in the favor of adequate representation of women in the Judiciary for a long time now. She had the privilege of putting across her points for normalization of structural bias and institutional discrimination against women of the law in the various cases that she has argued before the Hon’ble Apex court. She feels that an ubiquitous question of diversity and representation has to be factored into the prevalent fabric of the higher judiciary in India.

Female lawyers today face various forms of discrimination at work, be it the pre conceived notions of ability and aptitude, inequality of pay, unavoidable breaks in their careers owing to family requirements, denial of deserved promotions, all these factors go together to augment the harsh reality that most corporate organizations are unwilling to invest in their women employees and consider them to be unreliable. According to senior advocate Pinky Anand, “Women in litigation have it harder as they have to face clients, lawyers and judges, most of whom are male, on a daily basis. In a way, they have to confront gender bias at several levels. If a woman raises her voice to make a point, she is discerned to be cantankerous, not assertive. At times, this perception overshadows her merit and results in her being labelled aggressive.”

All said and done, it cannot be denied that women empowerment has well and truly taken steam and it is now full throttle ahead. The female participation in the legal arena today is indeed commendable and she has stretched the ceiling with the tireless efforts to make her presence felt. The time has come when every legal professional should be judged on his or her ability and not on the basis of sex. Like Justice Hima Kohli has said that the time is now…..

(Author is Advocate on Record practicing in the Supreme Court of India, and has been writing on various legal issues in reputed journals and legal magazines and newspapers. Confidence building and leadership development of women is close to her heart and she is a firm believer of the fact that holistic development happens women coach women and take each other forward. swatijindalgarg@gmail.com