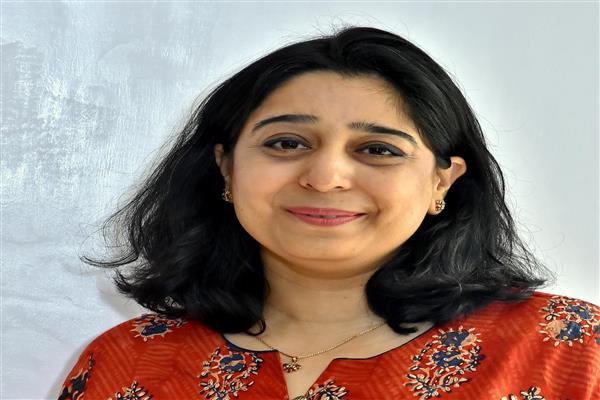 Modern thought and progress have been given to the left of politics and conservative to the right. As society evolves, a mixture of the two ideologies is also present. One where there are aspects of the left, extremely consciously and often boasted about. On the other hand, subconsciously and even possibly unconsciously, are elements of the right, blatant and impossible to ignore.

How would this play in terms of affecting one’s mental health though?

Left and right are often witnessed as polar opposites and a coexistence via mixture of the two stark political ideologies is dismissed and frowned upon. How could one ever think to combine the two? Unbelievable, blasphemy, unthinkable!

Fret not though as Indian households did the impossible. On one hand we have households not stopping their daughters from studying and working and are “allowed” to dream. On the other, the women are still the one who toil away in the kitchen and serve everyone and are called gossip mongers.

One now accepts their child if they are gay but still are made to maintain a traditionally masculine image, even in the home, even if no one is around.

Tradition and modernity seem to have coexistence but how does this play in terms of mental health, or even just explaining this psychologically?

Do they mean to play in this dichotomy? Do they even realise that they are doing this? Or is this only apparent to the outside observer?

Or maybe they are aware but they are content that there is at least a few baby steps farther from what used to be that they take it and dare not speak of it lest what they have at this moment is also gone?

A hundred more questions can be framed if a proper rabbit hole of a research dive is made into this. From Burke to Kirk and their explanation of the American Modern Conservative Thought, dissecting Indian history, starting from the vedic period where women were treated like God and reading our myths where queerness was not a sin and understanding how colonisation rushed in the British way to mysogyne and homophobia which still persists. How listing people in their particular castes to give one more benefit over the others solidified the already existing caste divide, leading to religious discourse leading to violence.

Unfortunately, the time and word limit to do all this is severely lacking but there is enough to explore the psychological impact.

No study needs to be done to understand that the conservative mind is more often than not closed of to science which is why even after doctors and psychologists have explained the trauma of conversation therapy and the DSM does not list homosexuality as a sin any longer, the conservative politics continues to ignore it.

Years and years of practice of a certain idea, behavior creates familiarity, it becomes a comfort zone. It is what is known and changing that involves effort. Who wants to do that? Boring, ugh!

Trauma bonds are an abundant occurrence in therapy, not wanting a change a mentally uncomfortable situation because change is scary and unknown is also common. Perhaps it is exactly that at work with modern conservative thought.

Conservative thought is comfortable, familiar and known. Modern thought is new, unknown and scary but for the sake of the family and perhaps even personal opinions, they chose to find the central position, a compromise of sorts.

Thus perhaps, there were glimpses of modern conservative thought. Peeking through the crevices of where the conservative and modern were merged via the glue of wanting to avoid loss and consequent grief. But to paint the self as all good and understanding, the conservative practices so easily visible were repressed and ignored. Or maybe they were not and are justified in the name of protecting our age old customs and traditions. Or maybe it is neither and just a flow of something that we might not understand unless we fully do a proper research into it.

At this point, modern conservatism exists in peaceful harmony as long as no one else is aware of it because if they are, debates are inevitable.

To protect that peaceful harmony and in order to not take part in a debate and to avoid it, people seldom tell people of the modern conservatism practiced in their house unless they know that one will understand it.

Like the evil sea witch Ursala in The Little Mermaid said, everything comes at a cost and what may seem as a small thing practiced at home to maintain sanity actually has costs outside the house, aka, social support and relationships.

Will they ever understand our household practices? Even if they do not, will they accept it? Or will they lecture us? Would that be the end of this relationship?

“Facts do not care about your feelings” screamed the conservative, top of the lungs, earsplitting, skull numbing. But one thing they get wrong is that their science comes from what some random person posted about some time ago instead of scientific journals and actual scientists but the way they say it, that has a power.

Perhaps that is what it is about. Maintaining power because power is infectious, once gained, it is close to impossible to live without it not only because of the benefits but also because of the comfort it creates.

Sharing that power does not take it away completely but it does take it away to some extent and like people cling to memories, they cling to power. Unable to let go, scared of the consequence of sharing it, perhaps letting it go completely one day to make way for the new. People cling to it how a baby clings to their parents, painfully strongly and with all their might.

It is not possible to not share it though, thus, modern conservatism. One does share power but it is not an equal distribution.

Perhaps further evolution would do away from modern conservatism or maybe, it will give it more power.