The man behind the success of RKFC 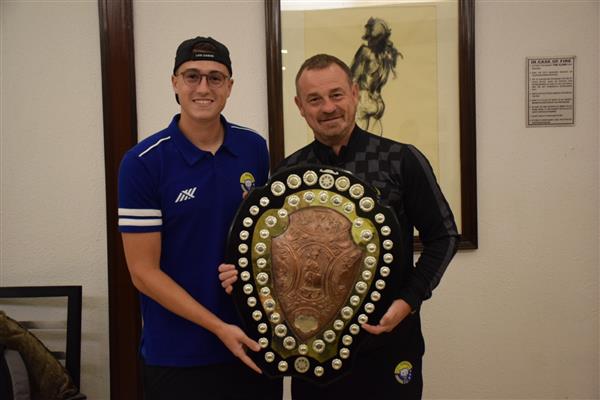 David Alexander Robertson, 53 chose to fulfil his ‘dreams’ at that stage of his life when most of his peers prefer to sit and enjoy a post-retirement life with their families. He travels to different cities of the world to train young boys and girls for football. He finished his career as a successful footballer but his passion for the game did not let him rest.

It includes his journey to America and India where he has trained several boys and girls. Finally, to their luck, he ended up as a head coach for Real Kashmir Football Club (RKFC), a Kashmir based football club in January 2017 where he trains young and zealous football players.

Soon after taking the responsibility of team RKFC as head coach, it was not a cakewalk for him to train the boys with little infrastructure and resources available. But to his passion and zeal, these hurdles could hardly stop him from giving his best. The team for the first time could make it to one of India’s best leagues, ‘I-league 2nd Division.’ Not only this, but he also trained the boys so hard that they managed to be the two-time consecutive winners of the IFA Shield cup.

Born on October 17, 1968, Robertson comes from Aberdeen city of Scotland where he was a footballer and a coach, had played as a left-back for Aberdeen, Rangers, Leeds United, Montrose, and represented Scotland.

Since he retired from football as a player, he has managed Elgin City, Montrose, and Phoenix FC and for the past five years, he is providing his service as head coach to Real Kashmir F.C.

“I come from a very small city called Aberdeen, the population is only around 300,000. I grew up all my club life in Scotland, when I first started, I was not particularly interested in playing football and it was until Aberdeen won a cup competition in 1997,” David Robertson told  Rising Kashmir.

Robertson said that initially, he was not that good in the game because he joined his mates late. But his love and passion for the game never stopped him from delivering his best.

“I did not think that I was as good as others were. But I am satisfied with what I have achieved so far in my football career.”

At this age, Robertson says he has a family to boost his dreams and they are helping him in every possible way. “It has been over 30 years since I got married. I have three children, two are back in the U.K.  Mason, my son is with me. Kim, my wife, allows me to follow my dreams. She has been following me wherever I have been, be it Scotland, England, India, and America,” he said.

Robertson credits his wife Kim for his success and achievements. “She has always been very supportive to me whenever and wherever I needed that.”

Talking about his passion for the He says when many of the football players stop playing and take rest after retirement and enjoy their lifestyle, for him missing the highs and lows of the game prompted him to continue as a coach.

“It is something when one stops playing, coaching becomes the best next option and is almost like a life-saving drug for a patient without which one cannot live,” he says and added “I lived in America for several years and coached there but I still missed there something, the highs, and lows of games,” he says.

Under his tenure Real Kashmir won the promotion to Indian top-flight football, thus becoming the first team from Kashmir to be promoted to the I-League. Robertson also signed his son Mason to play for the club.

He says even when he loses a game he takes it personally and thinks about how he can win the next one.

David Robertson has also been honoured with the British Empire Medal, the Queen's medal for his services to the community in the valley and strengthening UK-India relations, a feat he dedicated to the people of Kashmir and the RKFC team.

Robertson says as far as Kashmir is concerned there are lots of hurdles to overcome. “If I had a job in Scotland there would not have been such hurdles, I guess.”

Further expressing his happiness for the Kashmiri boys doing good, he says seeing Danish Farooq Bhat playing in Indian Super League (ISL) and Real Kashmir providing him with the platform to reach such a stage is impressive and exciting.

In December 2020, under the leadership of Robertson, Real Kashmir Football Club became the first club from Jammu & Kashmir to participate in IFA Shield and won the IFA Shield 2020.

“The precious moments of my career are the first and second I- league games at TRC, which were witnessed by men, women, children, parents, grandparents with smiling faces, is the greatest achievement for me,” he adds.

He says it has been five years now since he is associated with the Real Kashmir FC.

“The last five years with Real Kashmir have been literally very good to me. I never have thought I would end up in Kashmir (India) particularly being here for so long, it has been a fantastic five years,” he says.

Crediting the owner of the Real Kashmir FC Sandeep Chattoo, Robertson says he has a passion for the game and that is benefiting the club in a tremendous way.

“I am emotionally attached to the club and so is Sandeep, there has been a lot of backing from Sandeep from start, it is unlike any other club in India where someone like the director selects the players first then they are selected by the coaches,” he says.

For Robertson, what really matters, is the progress and growth of the club.