The Land of Ilim, Adab and Aab: What makes Bandipora worthy of the rich tagline? 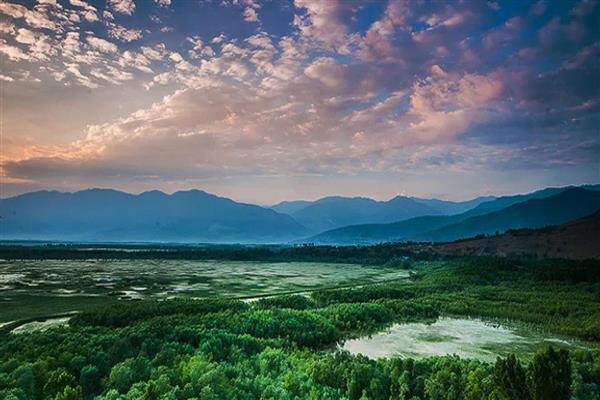 It seems that even Sir Muhammad Iqbal has admired the greatness of Bandipora.

Surrounded by the serene peaks of Harmukh and home to the second-largest freshwater lake in Asia (Wular), Bandipora is known as the land of Ilim (Knowledge) Adab (Good Habits) and Aab (Water). This tagline was given to Bandipora by one of Kashmir’s most prominent Sufi saints, mystics, poets and Islamic preachers Nund Reshi, also known as Sheikh Nurudin Noorani who is buried in Char-i-Sharief of central Kashmir’s Budgam district.

In ancient times, Bandipora was known as the gateway of Central Asia. The town was a big trade and literary centre of Kashmir. It served as a connecting link between North India and Central Asia via the Silk Route and was used to connect Kashmir with China, Kyrgyzstan, Kazakistan, Mongolia and Iran. Initially, Bandipora was a Tehsil town under Baramulla district, then in 2007 district, Bandipora was carved out of Baramulla. The district is famous for its tourist places such as Wular Vintage Park, Athwatoo and Gurez valley.

Kashmir’s model towns and villages, in terms of contributions to literature, are in Bandipora. The town has produced renowned literary critics, poets, scholars, jurists and preachers. It has been home to revolutionary literary and philosophy associations.

The people of Bandipora have spearheaded the best-known literary movement Adbee Markaz Kamraz and one of the most active subchapters of it; people of Bandipora have made noticeable contributions to almost every genre and field. Bandipora has prosody specialists, translators, poets who have always carved a distinct niche in Kashmir’s horizon. From Hajinis to Nazkis, Fazilis to Parrays there have been and are noted contributors of cultural capital from Bandipora.

Bandipora continues to have a claim to the legacy of ‘Ilm-o-adab. Adab connotes general propriety and is connected with a general appreciation of cultural things. In Bandipora, almost every village has a Sufi poet and we can count hundreds of volumes published by its Sufi Poets. In Konan, a village near the Bandipora city centre, there are four Sufi poets all of whom have distinct styles and following and have received numerous accolades. Bandipora has an indisputable record of contributions to major houses of knowledge and literature that have been cultivated in Kashmir.

Bandipora has given us the well-known Na’at writer- Abdul Ahmad Naadim who is commonly known as Jami of Kashmir. A renowned historian Pir Ghulam Hassan Shah who is popularly known as Hassan Khoyihami lived in Bandipora, he wrote four volumes about politics and aspects of human life including poets and Sufis of ancient and modern times. A notable poet, scholar, critic and winner of the Sahitya Akademi award Professor Abdul Rashid Nazki also resided in Bandipora. He wrote the biography of Prophet Muhammad SAW leading him to become the first Kashmiri writer to cover the life of Prophet Muhammad SAW. He also served as president of Adbee Markaz Kamraaz for over twelve years.

Bandipora has hosted major seminaries of Islamic learning and trained generations of religious scholars, jurists, and theologians. It is home to reputed Hakeem whose legacy continues in one form or another.

Moulvi Rahamtullah Qasmi, a renowned preacher, who hails from Bandipora has established one of the biggest Islamic Seminaries of Kashmir ‘Darul Uloom Raheemiyah’ in the Nusoo area of Bandipora. Upon talking to him he said “People from all over the valley and even from outside valley come to this Darul-Uloom to learn the Quran. I have observed that younger people are often more enthusiastic about learning and memorizing the Quran”

Bandipora has been able to give the general populace a higher more refined taste for literature and culture. As far as Ilm is concerned, we usually confuse ourselves with statistics. Literacy rates and pass percentage cannot be compared with the wisdom one gets from knowing the value system; a value system in which relations are more important than money, a system where ethics are intact, and where traditions are being protected.

Water sustains life and the final part of the triad- Alim, Adaband Aab is Aab (Water). The Almighty has blessed Bandipora with rich reservoirs of pristine water in the form of glaciers that caress the slopes of the peak Harmukh or be it in Wular. There are also rivers and streams like Nalah Madhumati, Nalah Arin and River Sindh which makes Bandipora rich in terms of water.

In this era of technology, Bandipora is still holding to the tradition and value system which defines Kashmir. One has to visit this place and stay for some time if one wants to know Kashmir better.

Moulvi Rahmatullah Qasmi, a renowned preacher, who hails from Bandipora has established one of the biggest Islamic Seminaries of Kashmir ‘Darul Uloom Raheemiyah’ in the Nusoo area of Bandipora.

In ancient times, Bandipora was known as the gateway of Central Asia. The town was a big trade and literary centre of Kashmir. It served as a connecting link between North India and Central Asia via the Silk Route and was used to connect Kashmir with China, Kyrgyzstan, Kazakistan, Mongolia and Iran.