The Journey That Started From Hira

“Indeed! You (O Mohammad) are on an exalted standard of character.” [Quran 68:9] 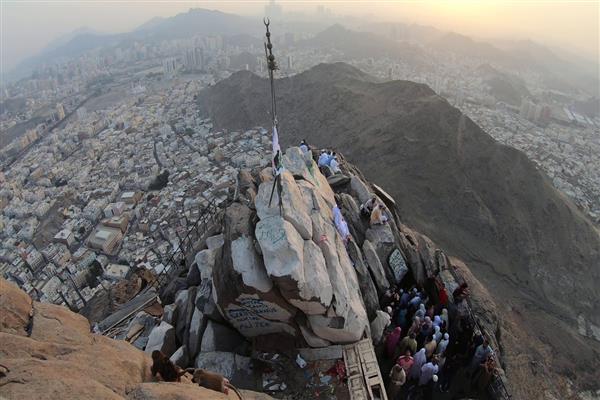 It is a fact universally acknowledged that Prophet Mohammad (SAW) was one of the most influential and pious personality ever walked on the surface of earth. At the age of 40, Prophet Mohammad (SAW) began to pass long hours in retirement meditating and seeking the truth in the world surrounding him. His heart was restless about accepting the rituals and idolatry prevailing among the people. He used to provide himself with a siwaq and water, and then directly head to his favourite resort –Cave of Hira in the mount An-Noor.

One day when Prophet Mohammad (SAW) was speculating and meditating in the cave of Hira, honour of Prophethood was bestowed on him and the first revelation was bought to him by Angel Gabriel (AS) by the command of Allah (SWT). The Angel said to him ‘Read’, Mohammad (SAW) replied: ‘I cannot read’, and the Angel again repeated ‘Read’, He said: ‘I cannot read’, then the angel caught hold of him and squeezed him and repeated ‘Read’, And Mohammad (SAW) trembling with fear again replied: ‘I cannot Read’, then Angel squeezed him again and then let him go and said: “Read! In the name of your Lord, Who created (all that exists), has created man from a clot. Read! And your Lord is Most Generous.” (Quran 96:1-3)

Prophet Mohammad (SAW) was trembling with fear. He quickly retired from the cave and went to his loving wife Khadijah (RA) and said: Zamilloni Zamilloni (cover me, cover me). After a while he informed Khadijah (RA) about the incident which took place in the cave. Khadijah (RA) tried to sooth him and said: “Allah will never disgrace you. You unite uterine relations, you bear the burden of the weak, you help the poor and needy, you entertain your guests and endure hardship in the path of truthfulness.” She then took Prophet Mohammad (SAW) to Waraqa bin nawfal, who was a righteous scholar of Christianity while the rest were themselves engaged in the evils and idolatry rampant among the people at that time. He was informed of the event and he said that, ‘it was namus (the angel who is entrusted with divine secrets) that Allah (SWT) sent to Moses (AS). I wish I was younger, I would support you strongly.’  Few days later Waraqa died.

So this was the beginning of Muhammad’s (SAW) journey of righteousness and the beginning of the mission of spreading Islam, and destroying the evils and innovations rampant among the people.

“Indeed! You (O Mohammad) are on an exalted standard of character.” [Quran 68:9]

(The Author is a Writer)