The History of Calendar-Months and Days

"Every time you tear a leaf off a calendar, you present a new place for new ideas and progress"........... Charles Kettering 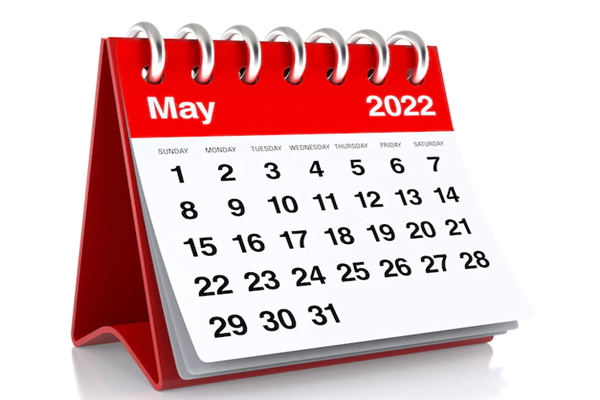 A calendar is a system of organizing days and is useful tools for keeping track of upcoming meetings, deadlines, and milestones. They help us visualize our schedule and remind us of important events, such as holidays and vacation time. One important role calendars play in our daily work is to help us be more productive. Using a calendar assists us with creating routine in our day. Without calenders people would roll into the office whenever they wanted, schools wouldn’t have a regulated start and end time, and you’d have no language for telling your friends when to meet you for lunch. Calendars keep our society moving forward. They’re a way to keep us all on the same page.

Historians believe timekeeping goes as far back as the Neolithic period, but actual calendars weren’t around until the Bronze Age in 3100 BC. The Sumerians were the first to use calendars in Mesopotamia during the Bronze Age. Each month on this calendar had 29 or 30 days and 12 months in a year. The Egyptians created their own calendar, which used the moon’s cycles and a star named Sirius to keep track of time. The Egyptian calendar had 12 months but they had 5 extra days in their year. The first Roman calendar was introduced by King Romulus. This calendar had only 10 months, starting in March and ending in December.

The Chinese lunar calendar, which revolves around the zodiac and astronomy, first appeared in China in the 5th century BC.  Mesopotamia, Rome, and Egypt calendars had 13th month every two or three years. The Ethiopians tracked the progression of time using the sun and the calendar has 13 months. The Hijiri calendar was used to track Islamic, Muslim, or Arabic holidays and rituals. Like other calendars, it has 12 months, and doesn’t have any leap months or days.

Although, the Sumerians are credited as the first to track time, some historians believe the Europeans had a system that could be even older! A team of researchers from the University of St. Andrews found 12 large pits in Aberdeenshire, Scotland that mirrored the moon’s phrases. These holes are estimated to be 10,000 years old and may be the oldest “calendars” in the world.

The modern calendar is a hodgepodge of astronomy, religion, and politics from many different ancient civilizations. Mesopotamia, Babylonia, Greece, Egypt, and Rome all contributed in some way to the calendar we use today. Nowadays, a majority of countries use the Gregorian calendar, which was invented by Pope Gregory XIII in 1582. This calendar was created simply because Pope Gregory wanted to celebrate Easter on the correct day, and the Julian calendar that had previously been used in Rome was about 10 days off.

The 12 months of the year get their names from ancient Rome. Each name was based on some aspect of Roman culture, whether it was their customs, political figures, mythology, or use of Latin phrases. January (Janus)- the god of new beginnings, February (Februalia festival) – an annual fest that promoted health and fertility, March (Mars) – the god of war, April (Unclear)-the goddess of love and beauty, May (Maia) – the goddess of fertility and growth, June (Juno) – the goddess of love and marriage, July (birth month of Julius Caesar) – Roman general who was famously assassinated in 44 BC, August (Augustus Caesar) – Roman emperor who was the great nephew of Julius Caesar, September (Septem) – Latin word for “seven”. October (Octo) – Latin word for “eight”, November (Novem) – Latin word for “nine” and December (Decem)– Latin word for “ten”. The months aren’t all the same number of days due to the rotation of the moon.

Ancient Romans based each month on the time between two new moons, which is 29.5 days. Since this number doesn’t divide evenly into the 365.2421 days that are in a year, the months are always a different length. About 59% of the months in a year have 31 days, 33% have 30 days, and then there’s February, which only has 28 days or 29 days. The pattern alternates between shorter and longer months, with the exception being July and August which each have 31 days. February is short because of leap years. In ancient Rome, they used the Earth’s revolution around the sun to track a year, which isn’t a perfect 365 days. It’s actually 365 days, 5 hours, 48 minutes, and 46 seconds (365.2421 days). That extra time adds up every four years, which is why February gets an extra day.

In ancient Egypt, Sunday was seen as the “day of the sun” and was spent honoring the sun god, Ra. Worship was seen as a suitable way to start a new week. Ancient Rome may have also contributed to Sunday as the first day of the week. The Romans believed that the week started with the sun (Sunday) and moon (Monday) and ended with Saturn (Saturday). The 24 hour day was observed in ancient Egypt in 2510 BC. The Egyptians used shadow clocks and sundials to measure the daytime and nighttime in 12 hour increments. In the summer, the days would be longer. In the winter, the nights were longer.

The discovery proves that the history of calendars is always changing. Time will tell what else we uncover in the future. Regardless of changes, we shouldn’t assume that the Gregorian calendar is 100% accurate. It’s based on Earth’s trip around the sun, which isn’t always a clean 365 days. In fact, experts believe we’ll have 366 days in the year 4909!

(The Writer is Former Incahrge of Abhedananada Home-Higher Secondary Institution for Inclusive Education, Srinagar, J&K and can be reached at specialachivers78@gmail.com)